The McPherson Legacy Lives on at Georgia State

The late Robert “Billy” McPherson, a multi-instrumentalist best known for his brilliant saxophone performances, has received a fitting tribute to his life. In an emotion-filled gesture, McPherson’s wife, Micki, and their family donated his beloved Selmer Paris Tenor Saxophone, a treasure in its own right, to a promising Georgia State University jazz student, Hani’el Mastriani-Levi.

The McPherson family’s instrument donation was made via a connection through McPherson’s life-long friend, music collaborator and School of Music alumnus, Tommy Dean. They met while working in a group for singer-songwriter Edgel Groves.

When asked about his time at Georgia State, Dean confesses with a knowing laugh, “It was brief, very brief.” Dean attended Georgia State with a familiar cast of characters during the reign of Thomas Brumby, founder and chair of School of Music, and John Demos, Associate Professor of Music and Director of Bands and father to our current director Nick Demos. “It was an incredible experience. Most of what I know about music was from Thomas Brumby, and then I met Billy.” McPherson taught Dean all the standard jazz tunes he knew in a new direction from his classical college repertoire. “Never had any interest in jazz,” said Dean. “But I learned all this great stuff from Billy that he had learned through Sammy Duncan, Herman Fortage and Spider Ridgeway.”

In 1963, McPherson played the saxophone, clarinet, keyboards and flute with his first band, The Regents. McPherson then served in the United States Air Force in 1966 in Vietnam and joined The Airmen of Note Jazz Band. After the Air Force, he toured and recorded with an impressive line-up of ensembles from The Buddy Miles Express, The Albert Collins Band and High Voltage to Bruce Hampton’s jazz-rock group, the Late Bronze Age and the Sammy Duncan Traditional Jazz Band. 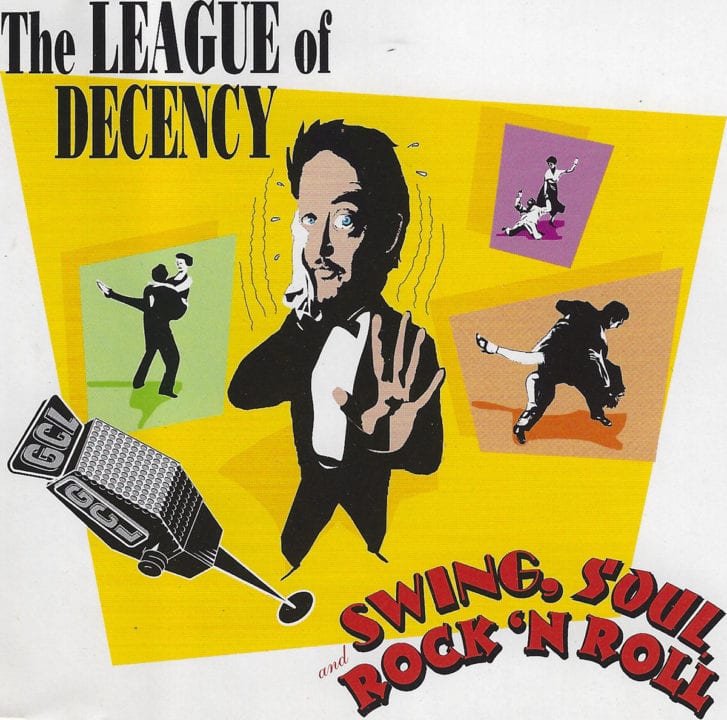 By 1984, McPherson and Dean decided to form The League of Decency, a swing, soul, and rock’ n’ roll dance band, performing weekly at “The Point” in Little Five Points. McPherson played the flute, guitar, keyboard, and tenor saxophone, while Dean played bass and sang lead vocals.

McPherson left The League of Decency and Atlanta in 1988 and moved to Seattle, where he performed in the local music scene for ten years before retiring to Lake Quinault. Though he never had a traditional nine-to-five, music played an essential role throughout his life; part of him until his peaceful passing in November of 2011.

A Legacy Lives On

In the Fall of 2020, nine years after McPherson’s death, Dean received a phone call from McPherson’s widow, Micki. “I want to give Billy’s saxophone to somebody who needs it,” she said. “Someone who would appreciate it, and most importantly, someone who can really wail with it.” It occurred to Dean that he knew the perfect person, and he reached out to a musician he has often performed with throughout the years, current Georgia State jazz program coordinator and trumpeter, Dr. Gordon Vernick.

Vernick instantly knew the right person for this instrument. Hani’el Mastriani-Levi is a junior originally from Israel, who entered the dual Georgia State high school and college program with his twin brother in 2018. “Hani’el is one of the most hardworking and devoted students that we’ve had here in Georgia State,” said Vernick. “He played a student model tenor saxophone for many years and in some ways, that has limited his ability to move forward and develop his unique and personal sound.”

According to Vernick, a vintage instrument like the Selmer Paris Tenor Saxophone, Mark 7 circa 1976, is highly coveted for its personality, musical color, and shading you don’t find in modern instruments. It’s what allowed the great masters to develop their unique individual sounds. “Micki would be thrilled to know what a difference this instrument will make in Hani’el’s life. Giving this instrument to a young musician with so much potential and dedication is a beautiful tribute to her late husband, Billy.”