If you are a part of the Georgia State Law community, chances are you’ve crossed paths with Ellen Min (J.D. ’21). The 3L student is currently the President of Moot Court, a Symposium Editor for Law Review, and a graduate research assistant for the Academic Success Program, just to name a few. 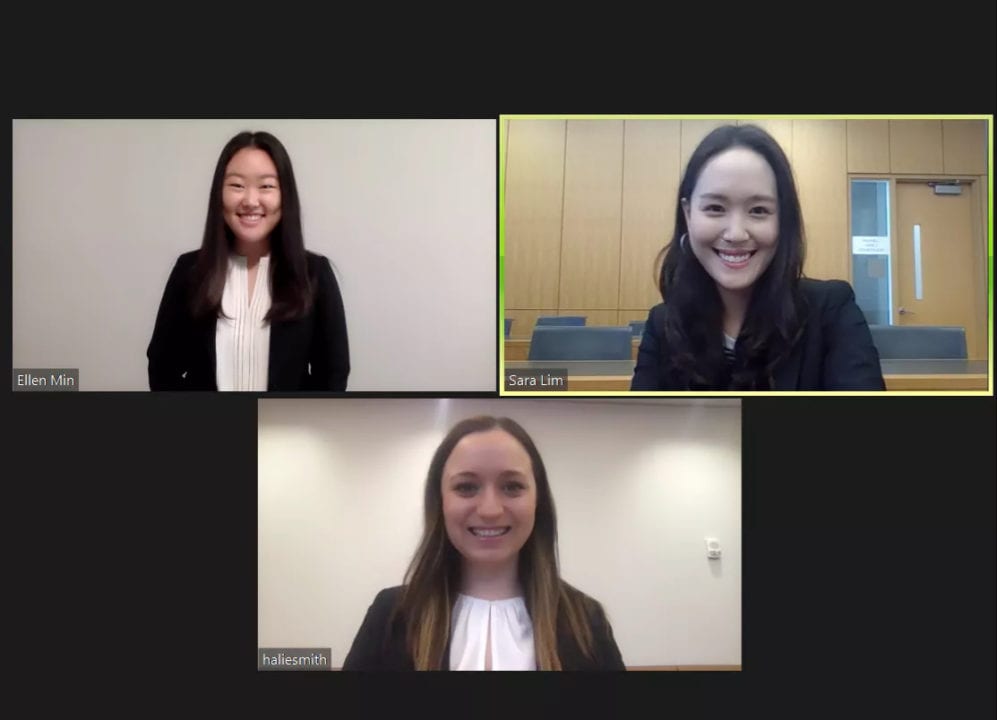 “I couldn’t help myself,” Min said. “I just saw so many great opportunities that were available at Georgia State. I didn’t want law school to be three years of me just reading casebooks and then leaving. I want it to be a great memory.”

While Min is now a familiar face to many around the College of Law, there was a period of time she didn’t know if law school was in the cards for her, because growing up she had several aspirations.

“When I was younger, I really thought that I could be a teacher on the weekdays, a judge or lawyer like you see on TV on the weeknights, and an astronaut on the weekend, because I thought a trip to the moon would be about one weekend and back,” Min said.

Realizing she would not be able to achieve all of this at once, Min decided on Georgia Tech for undergrad where she earned a degree in Industrial Engineering. She had all but put her dreams of being a lawyer behind her, until she met Scott Frank, a Georgia Tech and Georgia State Law alum, who is also the President and CEO of AT&T Intellectual Property.

Min had an interest in patents and would spend time researching them but did not know that there was a whole legal profession behind their creation until she met Frank. That opened up her eyes to a world where she could combine her science and math background with her interest in law and patents. Once she decided to pursue a law degree, Georgia State Law was the easy choice.

“Law school is competitive, and it will be really hard, but I chose Georgia State because it’s a community where people build one another up,” Min said. “You’re only as successful as the people around you.” 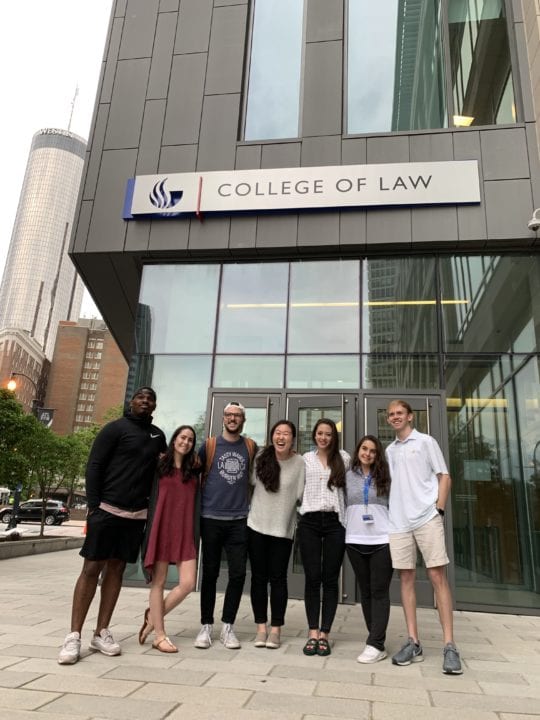 Ellen Min and some classmates outside the College of Law

At first, Min was nervous about switching to a curriculum that is reading and writing centered after focusing on science and math during her undergrad. She quickly realized she could use her background to her advantage because she had a blank slate with no bad writing habits to break. She says she looks at legal writing like a math equation where she is filling in the components.

“One of the best parts of law school is when professors joke around, ‘oh, you came to law school because you don’t like math’,” said Min. “I just sit there and laugh sometimes because my major was essentially all math.”

That STEM background is helping her excel in navigating the complexities of Intellectual Property law. She’s had two summer associate positions where she got exposure to the litigation side of intellectual property, learning how to protect and enforce these rights.

Following graduation, Min will join the litigation practice group at King & Spalding and plans to pursue intellectual property law, but she is also hoping to use her legal skills to do pro-bono work in the immigration law sector. Her goal is to help immigrants navigate a confusing system, something she understands firsthand.

“I was born in South Korea and moved to the United States when I was five,” Min said. “My parents and I went through the immigration process here and it was super complicated and challenging. There were ups and downs and a lot of emotions that went into it. I’m actually going to be taking my citizenship test just this year, so it’s been a whole journey.”

Min acknowledges her path is not a traditional one, but encourages anyone to follow their dreams, saying it’s possible with the right determination.

“It may not be the typical route that people take but when you look back on your journey, it will be so fulfilling because you took the path that not a lot of people did,” said Min. “In you doing that, you also open the doors for someone who may be in the same position as you to realize that they can do it too.”