ATLANTA—Erica Alexander, an alumna of Georgia State University who graduated in 2019 with an interdisciplinary degree in global studies, is one of 45 scholars from across the U.S. selected to receive the prestigious Charles B. Rangel International Affairs Graduate Fellowship.

“I’m really excited about the fellowship,” Alexander said. “Not only will it put me on the path to be a U.S. diplomat and help provide funds for me to continue my education, it also will provide me with amazing experiences like a congressional internship this summer and mentorship opportunities.” 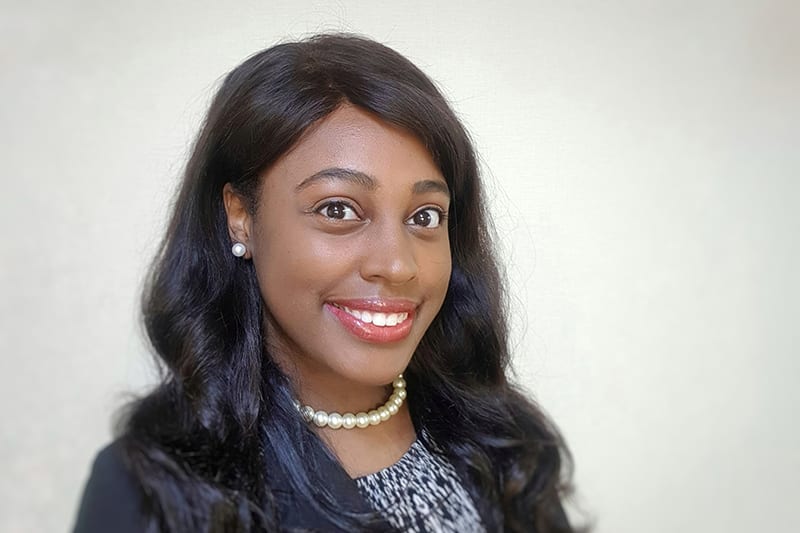 The Rangel Fellowship covers up to $42,000 annually toward tuition, room, board, books and mandatory fees for the completion of two-year master’s degrees. After two years of study, Rangel Fellows are expected to have obtained a graduate degree in international affairs or another area of relevance to work of the Foreign Service. Rangel Fellows also will participate in two internships. The first, an internship working on international issues for members of Congress in Washington, D.C., will occur before the first year of graduate study. The second will be an overseas internship in a U.S. Embassy that takes places during the summer between the first and second years of graduate study. The fellowship facilitates entry into the Foreign Service for individuals who are able to complete the Foreign Service entry requirements.

Alexander has been teaching English is South Korea for the last year and is applying to graduate programs in international affairs and communication to prepare for her work in the public diplomacy track of the U.S. Foreign Service. Becoming an ambassador has been her career goal since she was in middle school.

“I remember coming home one day and telling my mom that’s what I wanted to be,” said Alexander, who is from Memphis, Tenn. “But I didn’t know how to accomplish that dream. I didn’t know anyone from that field or that sphere.”

With encouragement from a coworker and guidance from Georgia State’s Office of Undergraduate Research and Fellowships in the Honors College, Alexander completed the competitive application process.

Alexander is the university’s third Rangel Fellow, said Dr. Jacob English, director of the Office of Undergraduate Research and Fellowships. During her time as an undergraduate, she also studied abroad in Korea twice, interned with the USAID’s Asia Bureau and served as president of two organizations: the Korean Entertainment Club, which she co-founded, and the Gamma Chapter of Delta Phi Lambda sorority.

“Erica inspires me. The maturity, resilience and intelligence she displayed when pursuing the Rangel Fellowship was exciting to watch,” English said. “She resides in South Korea, so all of our meetings were between the hours of 10 p.m. and midnight, her time. And there was no yawning or complaining. Erica was dedicated to the process. I hope that her success will lead more students to engage with my office.”