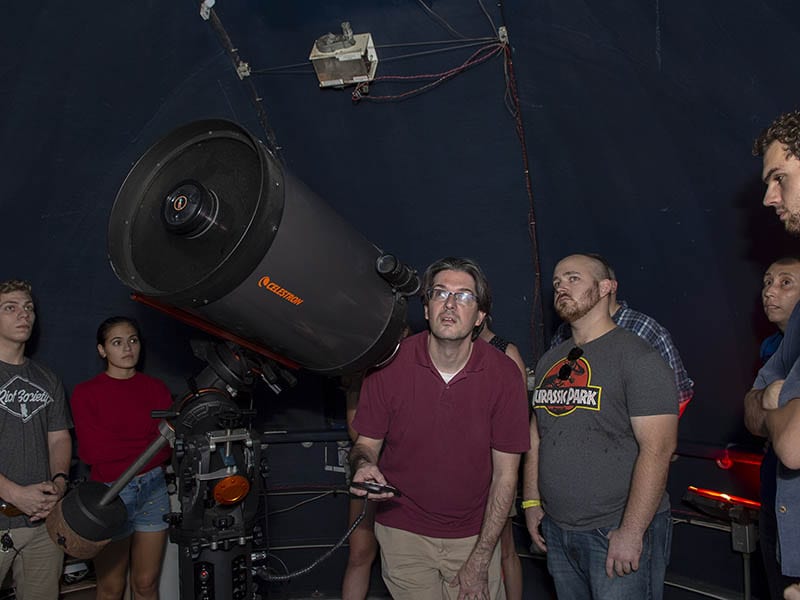 DUNWOODY, Ga.—It is not the famous star in the East, but on Monday, Dec. 21, — the shortest day of the year — two planets will align so closely, they will appear as one bright star in Georgia’s southwestern night sky.

“Although some may call it a Christmas star, it’s actually two planets — Jupiter and Saturn — you’ll be viewing,” said Dr. Jay Dunn, associate professor of astronomy at Georgia State University’s Perimeter College. “If skies are clear, the alignment of Jupiter and Saturn in their orbits relative to the Earth will appear as a single bright star near the southwestern horizon, and they will be so close as to be simultaneously visible in an eyepiece of binoculars or telescope.”

Weather permitting, sky watchers should find an open parking lot or field to view this alignment, starting at about 5:15 p.m. The viewing will be best around 6 p.m.

Astronomers note that the last time the two planets aligned so closely was nearly four centuries ago.

Although the planets will seem as one, those with good eyesight might be able to discern that there are two objects.

“They will be similar to the double star Alcor-Mizar,” said Dunn. “Ancient people used Alcor-Mizar as an eye exam: if you could discern two stars in the sky, you had near perfect eyesight.”

What: View the alignment of Jupiter and Saturn.
Where: Look in the southwestern sky. For best view, go to an open field or parking lot.
Time: Start looking about 5:15 p.m. The best view will be at 6 p.m., before the planets set.
Can’t find it? Dunn uses a free astronomy app, Stellarium, to help identify planets and stars.