Class of 2020: History Grad Devotes Himself To Helping Others On Campus And In The Community
Use Scan QR Code to copy link and share it 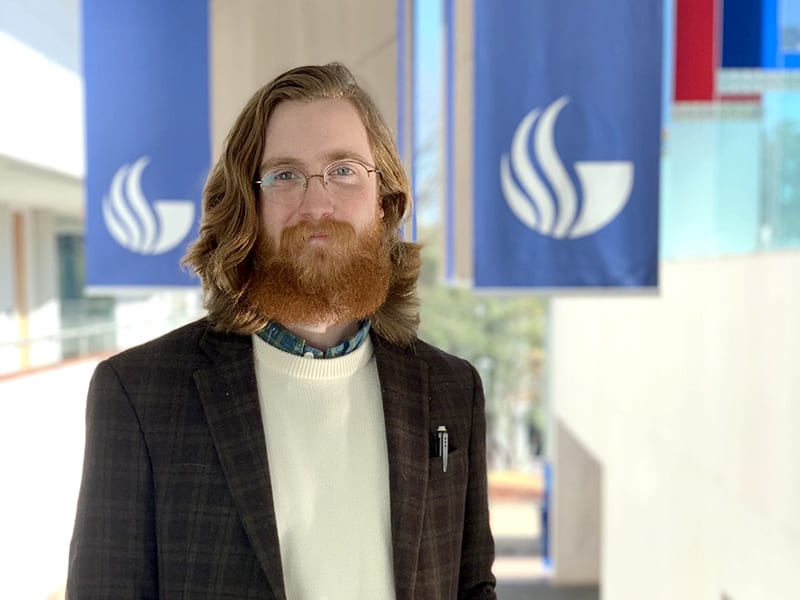 For Payton Scott, helping others is a way of life, whether supporting family in a time of crisis, tutoring other struggling college students, or teaching music to people of all ages.

During his sophomore year at Georgia State University, Scott’s older brother died due to an opioid overdose. Scott moved back home to be by his parents’ side as they grieved together, though it meant an hour-long commute to school from his hometown of Roscoe, Ga.

The death was a shock to the family.

“This not only took an emotional toll on myself, but also meant that I had to be there for my family as we grieved and processed this event,” Scott said.

Scott, an Honors College student, still managed to balance his coursework and jobs. This week, he graduates with a B.A. in history and a minor in English.

Scott has found satisfaction in working at the university’s Department of Supplemental Instruction, helping students who were struggling with U.S. History coursework.

He’s proud of the time he helped a group of students improve their grades by coaching them on different methods for writing research papers.

“That was probably one of my proudest moments,” said Scott, who started working as a tutor in his freshman year. “There’s something great about helping people succeed in a course they’re struggling with. It’s very cathartic for me.”

Scott also works as a music instructor at the Frank Hamilton School. The school, which operates out of Oakhurst Baptist Church in Decatur, teaches about 150 students ranging from ages 9 to 80 how to play different musical instruments.

When the COVID pandemic shut down in-person instruction, Scott said he was skeptical of teaching his students the banjo, his instrument of choice, over a computer screen. But he found that virtual music teaching has its benefits.

“It has been really fun and I’ve been blown away by how well the students are able to learn,” Scott said. “One thing I didn’t consider when teaching a group class virtually is that students don’t feel as nervous to play around other people. They feel like they can try out new things and progress at their own pace.”

This fall, Scott will attend the University of Georgia School of Law. He plans to practice workers’ compensation, social security and labor law so that he can help those in his community that need help the most.

Scott follows in the footsteps of his father, who is also an attorney. Scott said he used to intern at his father’s law firm, which specializes in personal injury and workers’ compensation, and was able to see first-hand the positive influence lawyers can have.

“I wanted to dedicate my career to helping workers and people who are often overlooked in our society,” Scott said. “I’ve been able to see the real good that a lawyer with the right mindset can do for working people and the average American.”

Scott said his family can’t wait to see him graduate.

“It’s thrilling and relieving,” Scott said. “My family has helped me through each semester and they’re very proud and excited for my future.”