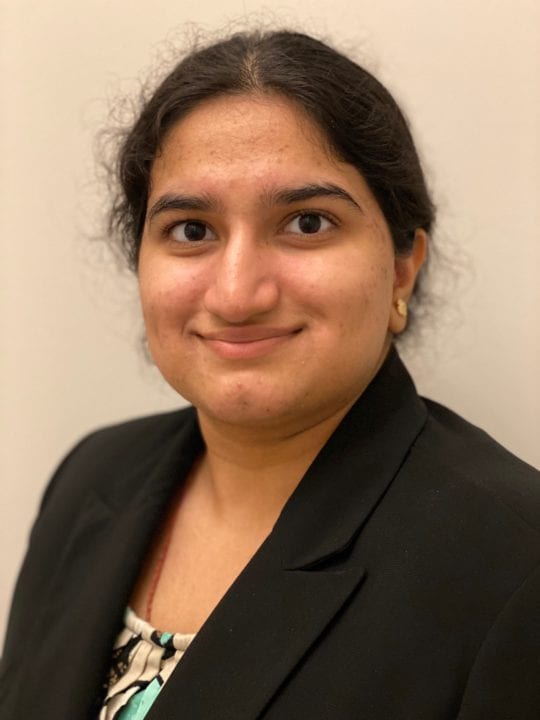 The Marshall Scholarship, a prestigious international award, will allow her to continue her studies abroad. The Marshall Aid Commemoration Commission named Shree among its 46 Marshall Scholars for 2021, chosen by eight regional committees. Through the scholarship program, Shree will conduct graduate-level research at the University of Bristol in the United Kingdom. The British Parliament founded the Marshall Scholarship in 1953 in honor of U.S. Secretary of State George C. Marshall and America’s aid to Great Britain after World War II. The scholarship recognizes students who demonstrate academic merit and leadership and ambassador potential.

“Georgia State shines in the reflection of Ms. Shree’s recognition as its first Marshall Scholar,” Georgia State President Mark Becker said. “She is an outstanding scientist who embodies scholarly excellence and is an ideal representative to be our first Marshall scholarship recipient. She has a bright and promising career as a neuroscientist ahead of her.”

“I’m very excited and very honored,” Shree said. “As the very first Marshall Scholar from Georgia State, I feel like this will open doors for those who are coming after me, and I hope to inspire other students to apply.”

Shree plans for a career in neuroscience research, studying neurodegenerative disorders and designing therapies to treat them.

“I also want to become a neuroscience lecturer, broadening young minds in this field and training the next generation of scientists,” she said. “I am passionate about science communication, and I strive to serve as an ambassador for science whenever possible.”

Throughout her undergraduate career, which includes being a Presidential Scholar in the Honors College at Georgia State, Shree has worked in research labs with faculty in the Neuroscience Institute in Georgia State’s College of Arts & Sciences.

“The Honors College could not be prouder of Nitheyaa,” said interim Dean Sarah Cook. “Her career at Georgia State is an arc of achievements. She is a brilliant young neuroscientist and the epitome of a well-rounded scholar.”

In 2019, the Barry Goldwater Scholarship and Excellence in Education Foundation and the U.S. Department of National Defense Education Programs named Shree a Goldwater Scholar in recognition of her undergraduate research. She also is vice president and treasurer of the Georgia State chapter of Nu Rho Psi, the national honor society in neuroscience.

Shree credits Georgia State’s Office of Undergraduate Research and Fellowships with guiding her through the competitive and demanding application process for the Marshall Scholarship.

“I met with Dr. Jacob English (the office’s director) many times over the past several months and he kept me focused on my goal,” she said. “He believed in me.”

“Nitheyaa is a trailblazer,” he said. “She has created a new path for herself, future Georgia State Marshall Scholars and her community. I am grateful to have gone on this journey with her.”