Students in the Georgia State Applied Legal Analytics Lab gave a virtual presentation of their work from this semester on death penalty aggravators.

After spending the fall sifting through data and court documents related to death penalty cases in Florida, students presented their findings to legal professionals engaged in capital punishment reform from the Florida Center for Capital Representation, attorneys at Eversheds Sutherland and members of the U.K. non-profit, Amicus, which is an anti-death penalty organization. 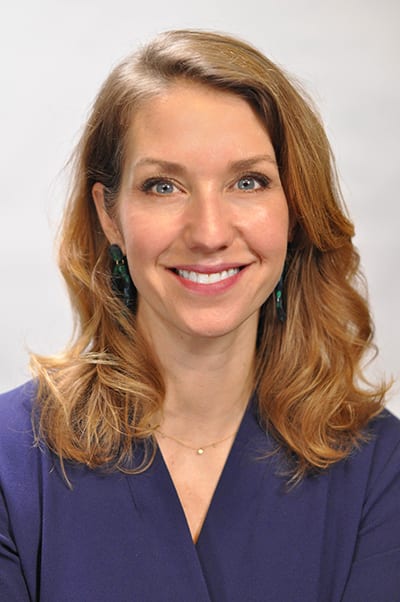 “It’s one of the great benefits of experiential learning across the board,” said Anne Tucker, one of the faculty directors of the Legal Analytics Lab. “They’re talking to a group of lawyers that represent death penalty defendants, and their research is intended to help those lawyers in their representation and advocacy for their clients. I think it immediately contextualizes their work and increases the importance.”

The project came into existence as a result of Tucker, along with professor Charlotte Alexander, probing the legal community for relevant analytical problems students could help with during a semester-long endeavor.

After speaking with Hannah Gorman of the Florida Center for Capital Representation and Eversheds Sutherland, director of innovation Anusia Gillespie, Tucker said the project found its direction.

“We tried to pick something that was highly relevant to the law students,” said Tucker. “The lab project focused on what aggravating factors are applied, and it is connected to the death penalty jurisprudence. It has a legal analytics component, because the answers to these questions lie in the court documents. Our challenge was to create a system to extract and analyze that information, then provide it back to the client, so they can have a sense of how aggravators are applied in Florida.”

To prepare for the work, students read “Deadly Injustice: A Statistical Portrait of the Death Penalty” by Frank Baumgartner, which provides a statistical overview of historical death penalty data. Students then examined the aggravators charged in Florida cases to see if similar geographic or racial disparities exist in the application of the death penalty in Florida.

“It was eye-opening for me to see there are a limited number of counties that account for a vast majority of death sentences,” said Tucker. “There are differences that exist between states, but even in states that do have the death penalty, there is often a difference in the sentencing from one district or county to the next. That raises a lot of constitutional questions about whether facing the death penalty should be dependent on the county in which you committed your crime.”

Once the project began, students took the lead. They were responsible for finding their own solutions in creating workflows that could turn a pile of court documents into a process a client could replicate to help achieve their objectives.

While a single semester was not long enough to produce any broad, conclusive answers to the question, the project did provide another step toward that end through analysis and the creation of a process that can continue that work. Their efforts paid off, and Evershed Sutherland won the Amicus 2020 Champions of Justice Award in the Law Firm category as a result of the project.

“The reason we are saying what we observed this semester is not the final answer is because we don’t have all of Florida’s death penalty cases in our data,” said Tucker. “We’re reluctant to say that because we’ve looked at this part of it, we know the answer to the whole. What I think we can say is that there is historical data around racial and geographic disparities in the application of the death penalty.”

*This article was updated on Dec. 11 with the details that Evershed Sutherland won a pro bono award.