ATLANTA—Inlighta Biosciences, LLC, a start-up company led by Jenny Yang, Regents’ Professor of Chemistry at Georgia State University, has been awarded a National Institute of Health grant to accelerate development of a magnetic resonance imaging contrast agent to detect liver fibrosis, formation of scar tissue in the liver caused by alcoholic and non-alcoholic fatty liver disease.

“We have been working on this breakthrough in the lab for several years,” said Yang. “This funding will help us to bring it into the clinic, where it can really make a difference.”

Biopsy is the only way to identify liver fibrosis, an invasive procedure that often catches the disease only in later stages. Yang’s agent binds with collagen, a protein that is over-expressed as a result of fibrosis, alerting clinicians to the presence of early-stage disease using a non-invasive method. Imaging using her agent could help researchers identify regression of the disease during treatment, which could have major implications for treatment and new drug discovery.

“Not only can this agent help diagnose disease earlier, it could provide a much-needed imaging methodology for developing new, life-saving drugs,” said Cliff Michaels, head of the university’s Office of Technology Transfer. 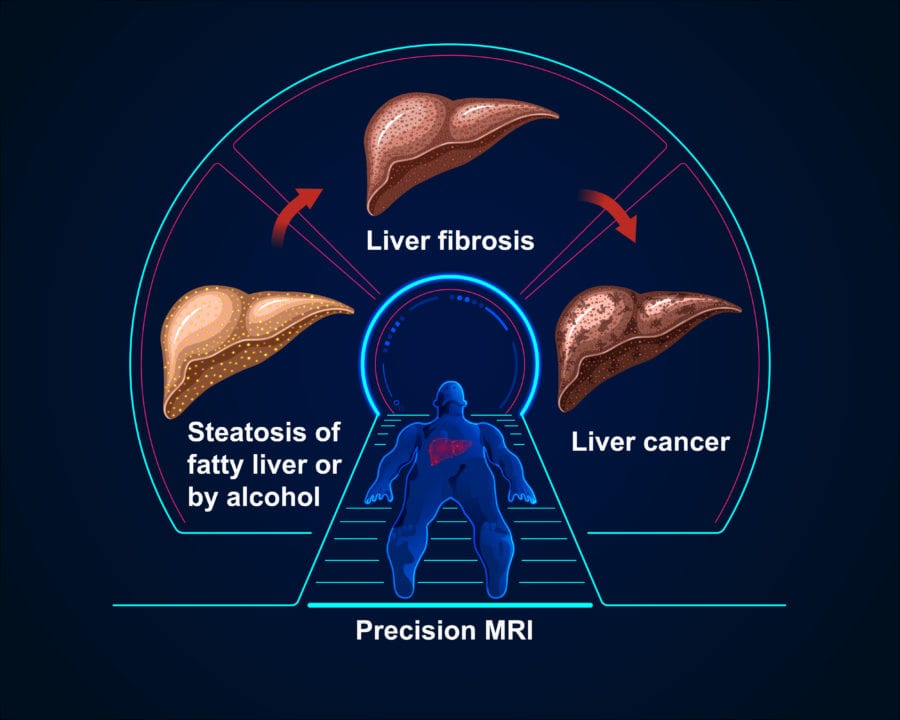 The Centers for Disease Control and Prevention estimates that in 2017, more than 41,000 Americans died from chronic liver disease and cirrhosis. A 2015 National Survey on Drug Use and Health indicated 15.1 million adults ages 18 and older struggle with alcohol-use disorder, a number that is thought to be increasing during the pandemic. The largest and fastest-growing population at risk for developing fibrosis are individuals with nonalcoholic fatty liver disease, which is often associated with obesity and diabetes.

The research has been reviewed by the U.S. Food and Drug Administration (FDA), and may soon qualify for “fast-track and breakthrough” designation, which expedites the development and review of drugs and treatments for life-threatening illnesses. The award, administered through the National Institute of Health’s National Institute on Alcohol Abuse and Alcoholism, will support Yang’s research through a Small Business Technology Transfer grant.

Yang says the funding fills a critical gap to get the research into clinical trials by supporting studies required to obtain an Investigational New Drug approval by the FDA. The first phase of the grant will fund $2 million over two years. An additional $4.5 million in second-phase funding will be awarded after important research milestones are achieved. Yang says she expects to be able to hit those benchmarks sooner than expected.

“Using this technique, we are able to see the disease on a spectrum, and if patients can change their habits, many lives can be saved,” said Yang. “Our goal is to see this agent in clinical trials within two to five years.”

Yang’s research on contrast agents has already led to new advancements in diagnosis and treatment for a number of different diseases, including several types of cancer.