To Nyah Carlson, a good story means everything.

“That’s how we understand our human race,” said Carlson, one of the Class of 2024 Presidential Scholars in the Honors College at Georgia State University. 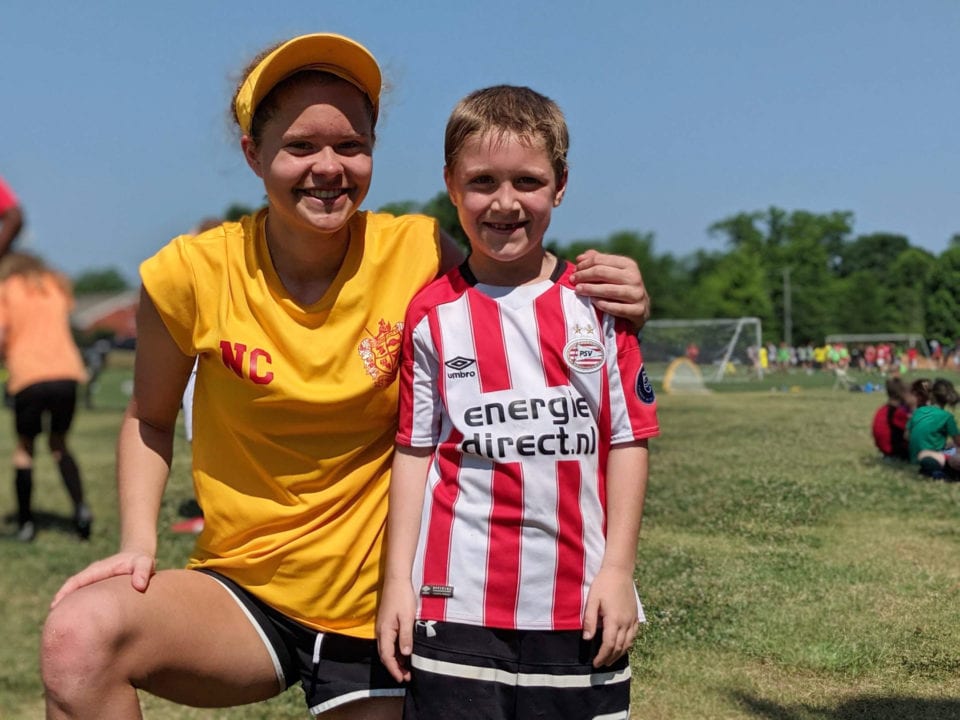 Carlson, a graduate of Clarke Central High School in Athens, Ga., has been developing her sense of storytelling for years. She created a YouTube channel with her cousins to make silly videos as a way of entertaining themselves. During the process, she also taught herself the basics of film editing.

She revived her high school’s philosophy club as a ploy to hear her favorite teacher tell stories about his life. By the end of her senior year, she recruited nearly 20 new members who wound up examining the themes and cinematography of “Free Solo”—a National Geographic documentary about a climber planning to scale Yosemite’s El Capitan without a rope.

She turned a high school literature class assignment into a long-term goal of creating a film biography about Raoul Wallenberg, a Swedish diplomat and businessman who saved tens of thousands of Hungarian Jews from the Nazis during World War II.

She also started up a podcast, “Lettuce Club,” with two friends and found herself interviewing Minnie Peek, one of the first Black teachers to integrate Oconee County High School.

Crafting stories led Carlson to decide on film and media as her major.

“I have a lot of interests in many different things,” Carlson said. “And so, I feel like film-making would allow me to explore so many interests.”

Carlson said she wants to one day use her storytelling skills to shine a light on humanity’s good side.

“I think film is such a powerful storytelling medium, and I’m fascinated by it all,” she said. “It seems like there’s so much anxiety and negativity in the world right now, but there’s also a lot of beauty in the small things. I want to show that.”

To learn more about the Presidential Scholarship, Georgia State’s most prestigious and valuable academic award, go to honors.gsu.edu/presidential.