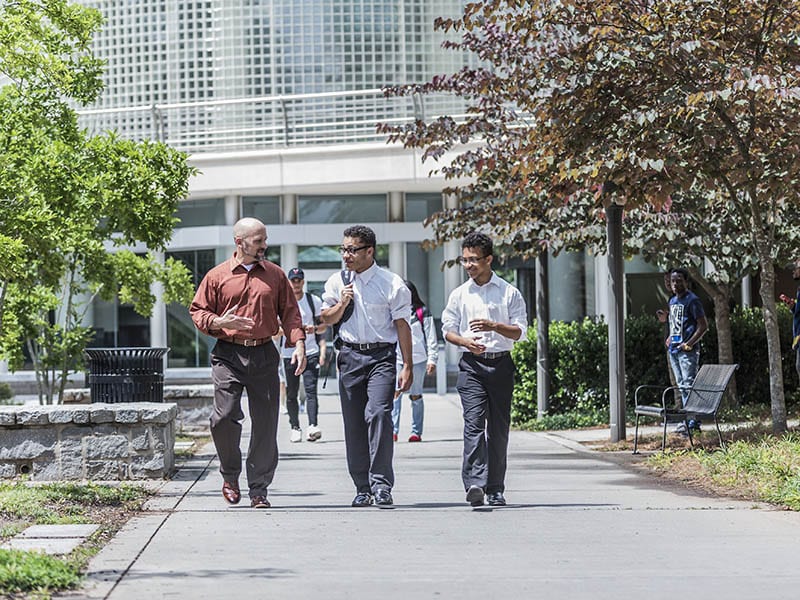 DECATUR, Ga.—Brian Lovell is focused and motivated as the newly appointed chair of Georgia State University Perimeter College’s Board of Advisors.

“It’s all about doing the work and taking interest in students’ lives,” Lovell said of his new multi-year role, which started July 1.

As chair, Lovell heads an 18-member, advisory board that supports Perimeter College and the college dean’s priorities.

Some of Lovell’s goals for the board include greater use of the professional and personal talents of individual board members, many of whom — like Lovell — graduated from Perimeter College or Georgia State University.

“I look forward to leading the members in establishing a sustainable vision and mission that enriches the lives of students, faculty and the entire Perimeter College community,” he said.

Lovell came to Perimeter after nearly completing a degree at Georgia Tech and earning an associate degree at what is now Georgia Piedmont Technical College. At Perimeter, he excelled as an Honors College student and hopes to give other students the same opportunity. He graduated from Perimeter College in 2009, earning two degrees, and from Georgia State in 2014.

As a leader in building automation systems (BAS), he founded and later sold Synergy Automation in Atlanta. As founder and president of the Association of Controls Professionals (ACP), he travels across the nation promoting opportunities for students in BAS and related fields, such as engineering and computer science.

“ACP is helping to address the need for workforce development in the building automation smart buildings area,” he said. “Virtually every commercial building today is automated and integrates various facility systems into one interface, from energy and equipment to lights and security to renewables technologies. This is a huge industry that, to this point, has been largely hidden from public view.”

Lovell also is a proud Panther dad. His oldest son graduated from Perimeter in May, and the youngest started classes this fall.

“Brian’s commitment to Perimeter College is vast and appreciated,” said Victoria Dorsey, senior director of development for Perimeter College. “The level of energy he brings to his role as chairman will significantly assist the dean in addressing her priorities.”