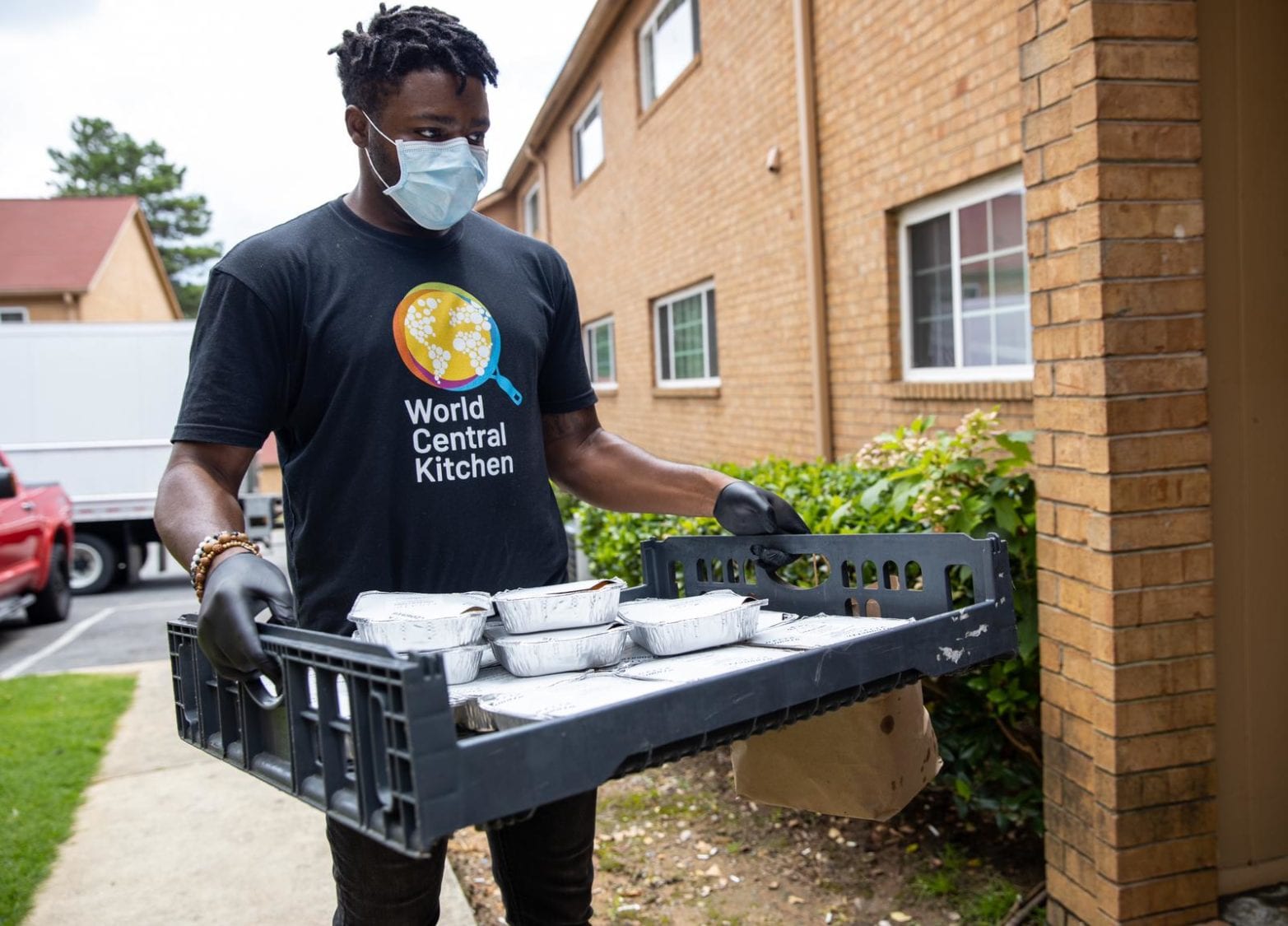 Ackeem Evans (B.A. ’15) is the Georgia team leader for World Central Kitchen, which has been helping feed thousands in Atlanta, Athens and Augusta during the pandemic.

Use Scan QR Code to copy link and share it
By Michael Davis (B.A. '03)

ATLANTA—Thanks to a connection made while volunteering with the Peace Corps, a Georgia State graduate has been helping coordinate the preparation and distribution of hundreds of thousands of meals being served by nonprofits across Georgia to alleviate hunger during the pandemic.

Ackeem Evans (B.A. ’15) is the Georgia team leader for World Central Kitchen, which was founded in 2010 by chef José Andrés. Since ramping up in the state in early April, World Central Kitchen has been responsible for more than 375,000 meals served in Atlanta, Athens and Augusta. 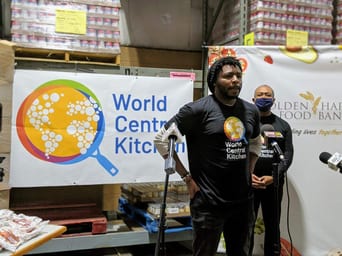 The organization uses food to heal communities and strengthen economies around the world in times of crisis and beyond. In the U.S., through its Chefs for America initiative, World Central Kitchen also helps support the food service industry, which was upended by measures to control the spread of COVID-19.

With funding from World Central Kitchen, partnering restaurants can stay open and staffed by filling orders for meals to be distributed by area nonprofits.

“We have been able to bring back over 100 employees among the different restaurants during our time here in Georgia,” Evans said. “It’s been great to be able to see that impact and see these restaurants stay on their feet.”

“I was able to help coordinate with them,” Evans said. “I was able to speak the language and I had ties to the government. Other volunteers and I came together and located these small, rural communities that needed support.

“World Central Kitchen set up several hub locations in the country and we were able to get food out to people on a daily basis.”

In Georgia, World Central Kitchen helps provide meals to CORE Atlanta, which performs COVID-19 testing; Partners for Homes, which is focused on the homeless population in Atlanta; Extra Special People, which works with people with disabilities in Athens; the MARTA Army; and Golden Harvest, a food bank in Augusta that, until recently, World Central Kitchen helped receive 25,000 meals every weekend.