“If we want to understand why we get the outcomes that we get, we have to look at the policy that’s driving them,” says K. Jurée Capers, an assistant professor in the Department of Public Management and Policy at Georgia State.

Capers’ research focuses on social and racial equity, including how Black Americans are affected by structural policies and why it’s important to consider and address racism not just through individual actions, but through broad policy change.

“One reason we still have the system that we have is because inequalities are baked in — our policies are unequal by design,” Capers said. “But if you can understand why these problems exist, you can come up with policies that get around these systemic barriers or try to dismantle them.”

We spoke with Capers about the policy changes that are necessary to address structural racism and create a more equitable society in the U.S.

The Black Lives Matter protests have brought renewed attention to racism in the U.S., and people and organizations are responding in different ways. But how important are these individual acts when it comes to addressing a systemic problem?

People are looking at how celebrities or political candidates or companies are responding to the protests as individuals. But even organizational responses are sometimes little more than symbolic. For example, let’s say that Facebook commits to adding a Black board member. Does that ensure that Black candidates get employment opportunities throughout the company? Does it mean more equitable distribution of projects and responsibilities? Adding Black people to the room doesn’t address the problem if those folks don’t actually get to participate in decision-making or have a say in policy-making in a substantive way. It’s merely symbolic.

If we’re actually talking about having a more equitable society, which is part of the social contract that America is built upon, it has to involve more than individual actions. If we want meaningful change that has the greatest likelihood of affecting the largest body of people, it has to happen at a macro level — and that happens via policy change. Small acts that seed large-scale change are important, but in the end, those things still need to be tied to the policy. Even when we vote, which is an individual action, we’re voting for someone to provide macro changes through policy.

There is now a strong push to quickly identify and adopt new policies to help stop police brutality. But you note that fast action doesn’t always mean smart action.

People are hastily putting together proposals to reform the police, but I’m hesitant and skeptical of our ability to make quick changes that will really have an impact. Because unfortunately, history shows that we don’t make smart policy quickly in this country.

For example, in 2014 after Michael Brown was shot and killed [by a white police officer in Ferguson, Mo.], there was a big push for police body cameras. Cities went out and bought cameras and set up systems to store this data, with the idea that it would provide another level of accountability. It turned out to be a pretty hasty, not well-thought-out solution, because fast-forward to 2020, and we’re still seeing the same things happen. People thought, ‘If we can see the abuse, the person will be held responsible.’ What we forgot is that there are policies that give police officers a whole lot of discretion and just the presence of a camera may not actually change people’s behavior. We didn’t get at the root cause.

You’re saying we went for the easy fix rather than looking critically at what’s driving the outcomes. Are you worried that will happen again?

Yes, that’s exactly what we’ve done in the past and this is why people are protesting for bigger, broader, systemic changes that move beyond simple fixes. I am worried that this could happen again if we aren’t careful and thoughtful in our examination of policies and proposed policy solutions. Solutions that seem simple are the ones that get the attention. But those easy fixes are also what’s comfortable for the institution, and they don’t require a deep dive into the problematic behaviors. We have to build accountability into the policy in order to get the job done.

Politics also drives the conversation. If you’re an elected official trying to say, “I did something,” you’re going to go for the low-hanging fruit. It’ll be interesting to see how elected officials, especially local officials, will respond to the request to reform police departments in a substantive way that meets the interests and demands of the population. 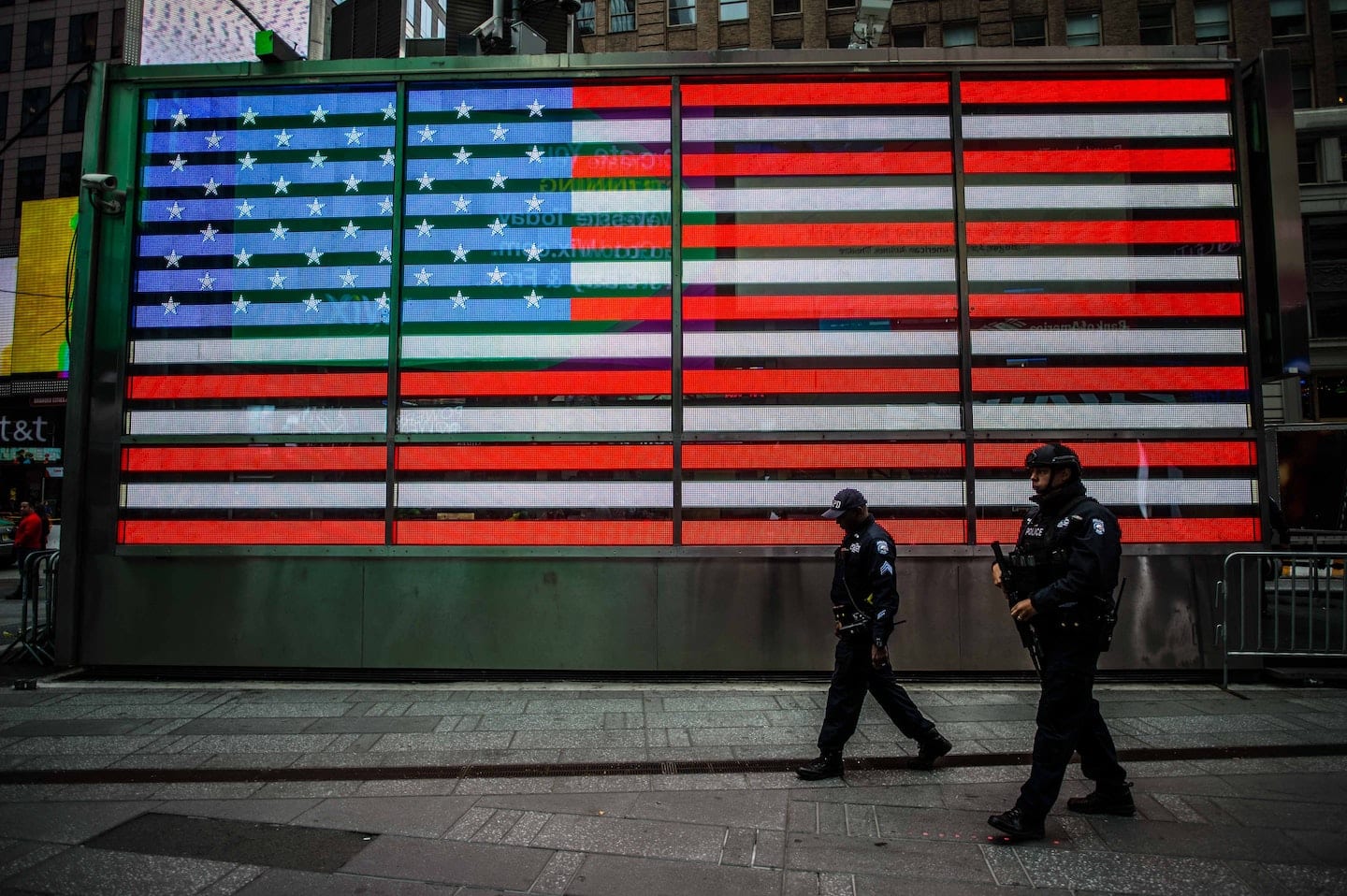 A common argument is, ‘We just need more Black officers.’ However, research shows that representation doesn’t always matter in terms of police abuse, because officers are highly socialized to adopt the norms of their organization, and they rely less on their individual identity and ethos. Look at the Atlanta Police Department officers who recently got in trouble for tasing two college students — of the six officers charged, five were Black. It could be important, but so far the research doesn’t support it for law enforcement.

What about representation in government agencies outside of the police?

What we know from the research is that it really varies. Outside of police, representation has helped in the areas of public education, public aid and municipal employment, to name a few. In these areas public administrators have used their discretion to help those who share their racial and gender identities.

Atlanta’s an interesting case study. The leadership of Atlanta’s core city is Black, and therefore one could argue that everything should be fine here because Black people have political representation and representation across government agencies. But we know that’s not the case because we actually have major class issues in the city. So racial representation can sometimes be blinding. Yes, we might share a racial identity, but does that mean you’re actually going to represent my interests, especially if you are from a different socioeconomic class?

I’ve begun to think about the other aspects of representation that we should consider to ensure that our workplaces, agencies, workplaces and legislative bodies are truly representative and diverse. LGBTQIA identity, for example, is another way in which people can provide representation.

You’re developing a multi-city project to examine how different aspects of representation, including race, ethnicity and immigrant-status, affect bureaucrats’ responses to immigrants, particularly Black immigrants. What do you hope to learn?

The goal is to really try to understand representation and how it intersects with political and institutional factors that might also drive the way bureaucrats respond to Black immigrants. We want to look at how these responses vary across bureaucratic agencies, including social welfare offices, schools and the police. There are likely differences in the way these agencies respond to immigrants, in part because they’re different types of institutions. Education is a service-oriented institution that focuses on providing support. Social welfare was historically a service institution but over time it has become a hybrid service-regulatory organization. And then police are obviously a regulatory agency.  We’re also looking at how newcomers are responding in turn. Are they becoming more politically engaged, as some research has suggested Latinos have done, or do they disengage?

You’ve also uncovered some counterintuitive findings about representation in school settings, and how the benefit of representation erodes as schools are integrated. For example, in one study you found that as schools became more racially balanced, Black teachers become less likely to assign Black students to gifted classrooms. What is the lesson here for parents, educators or elected officials when it comes to increasing equity in schools?

It all goes back to those systemic barriers. Institutions and structures influence what we do, and that has an effect on students’ outcomes. There are things that Black students gain from being in a segregated environment. However, the world is a diverse place and there are other benefits to desegregation that the data doesn’t capture. What we do know is that we need to do a better job of desegregating without harming Black students. Because it’s not just about being in the same school, it’s about receiving the same resources and experience once you’re there. Decades ago, Black parents knew desegregation would be troubling and hard, but they perhaps didn’t foresee that there could be mechanisms within the school that would still result in their child not receiving those same resources.

One of the things I point out in my research is that we need more space for teachers, particularly in desegregated schools, to be representative, to be the teachers they would be if they were in a space that was majority Black.

How optimistic are you that Americans will enact policies that address the inequities fueled by systemic racism?

I am an optimist, because we have the resources and the information and the tools to do this and make these changes. When it comes to political will, that’s another question. History shows that if the mood isn’t right, our best policy solutions will go by the wayside.

One example is the Affordable Care Act. That policy idea wasn’t new. Hillary Clinton tried to do it in the 1990s. But the politics didn’t allow it. And even when the Obama administration enacted it, the political compromises that had to go into it changed the nature of the policy itself.

So it’s not enough to design good policy — you also have to sell it?

I teach our public policy students with an eye towards thinking about solutions that are feasible — not just in terms of can we pay for it, but will people and politicians get behind it? Sometimes students come out of the classroom somewhat irritated with me. But feasibility is one of those things that students realize they need. Selling a policy — that is, framing it to make the benefits clear, to demonstrate responsiveness to the public interest or will, to create a picture that allows people to see an improved life with the implementation of the policy — is a really important skill.

This is a moment when people seem to be supportive of the Black community, but the reality is some of this is showboating. When it comes to actually making policy changes that will be helpful for racial minorities in the U.S., our changes must be thoughtfully equitable, strategically targeted and framed to gain public and political support, especially from the Black community.

Capers’ research focuses on social and racial equity at the intersection of public administration, policy implementation, and race and ethnic politics. She often combines organizational theories, representation, and bureaucratic politics research, to explain the factors that influence bureaucrats’ decision making and the implications of this process for historically marginalized populations. Her research centers on social policy issues, particularly education, as well as the policy implications of ethnic diversity and bias within racial groups.