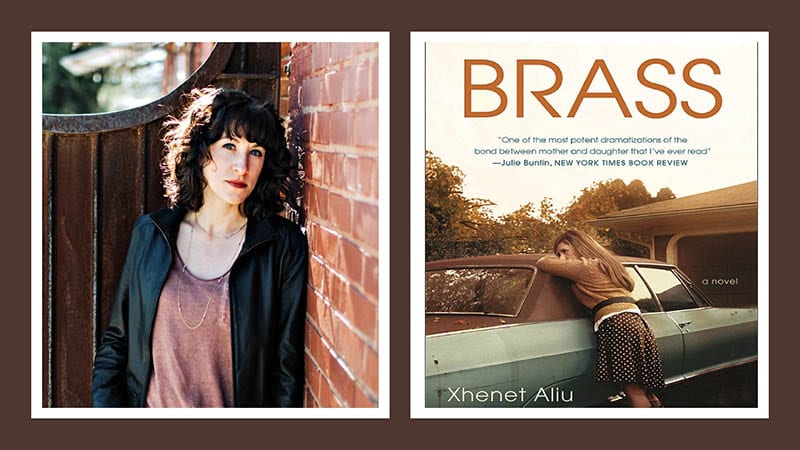 ATLANTA, Ga.–Xhenet Aliu’s debut novel, “Brass,” a “wise and wisecracking exploration of working-class mothers and daughters,” is the winner of the 2020 Townsend Prize for Fiction.

The biennial award was presented May 28 during a virtual event. Originally scheduled for April 23, the ceremony was postponed and moved online due to restrictions of the COVID-19 pandemic. Georgia State University Perimeter College and its literary journal, The Chattahoochee Review, have administered the Townsend Prize since the mid-1990s.

Described by one Townsend Prize judge as a “wise and wisecracking exploration of working-class mothers and daughters; a fierce, funny and tender novel,” “Brass,” is set in Waterbury, Conn. Published by Random House in January 2018, it also won the Georgia Writers Association Georgia Author of the Year Award for First Novel in 2018.

Aliu, a resident of Athens, Ga., when the novel was published, is now an instructor in the Master of Fine Arts Creative Writing program at the University of North Carolina, Greensboro.

“I moved to Athens, Ga., in 2012 with zero books and two story publications to my name,” Aliu said. “Almost immediately, I found a thriving literary community at places like my local indie Avid Bookshop, the Georgia Center for the Book’s reading series at the Decatur Public Library and the Decatur Book Festival, all of which fed my drive to finish my novel manuscript.”

To choose the Townsend Prize recipient, the Georgia Center for the Book, the Atlanta Writer’s Club, The Chattahoochee Review and other members of the Atlanta literary community select 10 finalists from works of fiction written in the preceding two years by Georgia writers. The writer chosen for the prize receives a cash award and engraved silver platter.

Along with Aliu, finalists for the 2020 award were: “The Wrong Heaven,” by Amy Bonnaffons; “The Day’s Heat,” by Roberta George; “The Care and Feeding of Ravenously Hungry Girls,” by Anissa Gray; “The Vain Conversation,” by Anthony Grooms; “The Magnetic Girl,” by Jessica Handler; “Unmarriageable: Pride and Prejudice in Pakistan,” by Soniah Kamal; “Wild Milk,” by Sabrina Orah Mark; “Dixie Luck,” by Andy Plattner, and “Fire Sermon,” by Jamie Quatro.

“There were so many great books this cycle,” said Anna Schachner, editor of The Chattahoochee Review and director of the Townsend Prize. “The diversity of authors and subject matter speaks volumes about the state of writing in Georgia.”

This is the 21st time the Townsend Prize has been awarded. It is named for Jim Townsend, an Atlanta Magazine editor who, among others, helped shepherd the writing careers of Georgia novelists Pat Conroy, Terry Kay and Anne Rivers Siddons. Townsend died in 1981, and the literary award was introduced in his memory in 1982.