Professor Mo Ivory grew up alongside the emergence of hip hop in New York City in the 80s. Growing up, she often heard the syncopated rhythms of R&B and Latin music coalesce with the backbeat of the streets, and she wanted to be apart of the art. When she moved from the Bronx to Atlanta to attend Spelman College, she quickly landed an internship with the southeastern division of Virgin Records where she got an inside look into the music industry. At first, she thought she would go the route of working in music promotions, but her mentor urged her to get in the boardroom.

She heeded that advice and went to Temple University School of Law. After graduation, she remained in Philadelphia and joined the burgeoning entertainment practice at Montgomery McCracken Walker and Rhodes.

“I’ve had to get contracts signed at nightclubs, strip clubs or a smoked-filled tour bus,” Ivory said. “Your clients don’t live lives with regular schedules, so you have to be flexible. At the same time, you have to set boundaries and set the rules of how you’re going to work.” 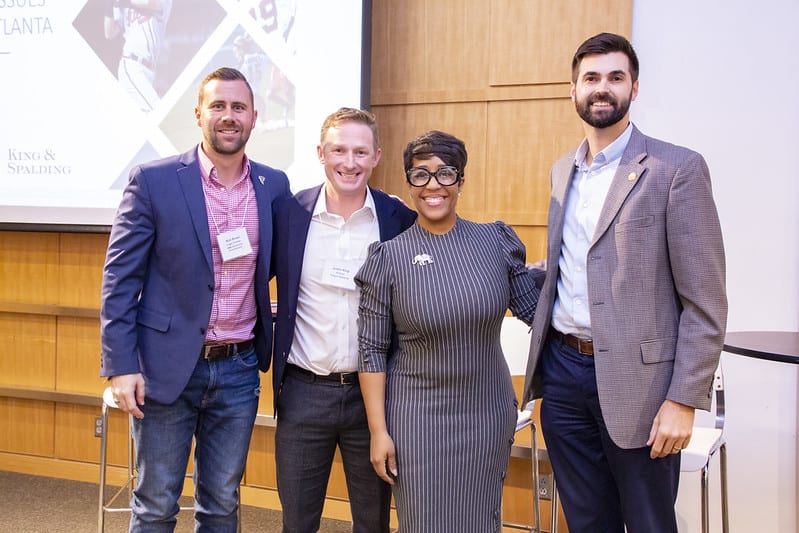 It was during that first job that she also found her way to radio, first with an opportunity to go on-air for a live talk show offering social and legal commentary, and soon after joining a traditional morning show lineup. Later came “The Mo Ivory Show” on Sirius XM. Her career with CBS Radio took her to D.C. and eventually to back Atlanta where she hosted radio programs on WAOK and V103.

“I figured out how to use my voice in a different way,” Ivory said. “Morning shows tend to be entertaining, but I had segments about legal issues that people should be aware of. When Trayvon Martin was killed, I found a place to merge discussion of legal issues and social justice on urban radio.”

Since then, in addition to practicing law, working as a radio personality and serving as a commentator on networks such as TV One, CNN and MSNBC, Ivory also has a consulting company specializing in law and celebrity engagement with political campaigns. It seems her plate was full enough, but a chance meeting at a conference with provost Wendy Hensel, who was then dean of the College of Law, opened up another opportunity. 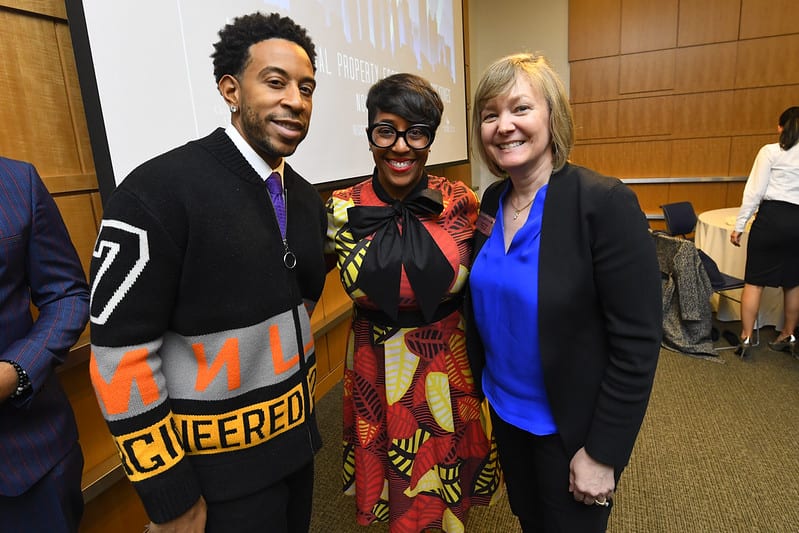 She immediately made an impression with her practical teaching courses and signature events. Her first event featured Atlanta Falcons president Rich McKay; radio personality, Frank Ski; executive producer of “The Walking Dead,” Tom Luse; and others. Last fall, she also took a couple of students with her to the Black Entertainment & Sports Lawyers Association (BESLA) Conference in Panama City, Panama—an experience she describes as full circle moment since she was a student member of BESLA and served on the board in the ’90s.

Her calling card is the Certificate in Entertainment, Sports & Media Law, which she established last year. It’s crowned jewel is “The Legal Life of…” course, which takes students through the contracts that shaped a different celebrity’s career each semester. The first one was about rapper/actor Ludacris, and she co-hosted a podcast with students about legal issues covered in the course. As much as the lure of Hollywood may draw students to the program, Ivory says it is important that students know the law first and foremost.