When professor Natsu Taylor Saito formed the Race, Ethnicity and the Law course at Georgia State College of Law in 1995, it was an innovative concept. Talking about racial and ethnic identity in the classroom, or anywhere for that matter, was uncommon and she wanted to create the course she desired as a student.

When Saito was a law student at Yale, there was no expectation that courses would incorporate critical race theory into the curriculum. The law is often seen as the one place where all people are treated equally—justice is blind– but her own family’s experience in internment camps during World War II made her question from an early age whether that was true. So, by the time she got to law school, she formed a study group with the few other minority law students to supplement what they were learning in class.

“I’ve always been interested in the history of race in the United States in particular, and I really believe that it’s a very important dimension of law,” Saito said. “There’s so much about law that you can’t understand unless you understand the racial dynamics, but it’s also very rarely addressed in standard law courses. So, it was also important for me to incorporate that into my teaching.”

Twenty-five years later, her course is one of the most popular courses taught in the law school, filling up every fall semester. In Race, Ethnicity and the Law, students examine America’s racial history and explore how it affects various areas of the law, from immigration to property law. For example, the plenary power doctrine, which governs immigration courts today, stands on the foundation of the 1882 Chinese Exclusion Act.

Back in 1995 when Saito introduced the course, students generally weren’t expected to know a lot about race and society on a broader level. However, they did have a “conceptual framework,” or rather a historical narrative that the U.S. was always making progress toward freedom and integration. Nowadays, the acceptance of that narrative is not assumed.

“I recognize that students are bombarded by so much stuff, so many facts, so much ‘reality,’ that when you just give them more information it’s overwhelming,” Saito said. “A big part of what we have to do is help them develop their own analytical framework in order to recognize the patterns of racialization and how race was used to accomplish certain social, economic and ideological goals. In the most recent class, I gave them their final exam on the first day, so they know where they will hopefully end up.” 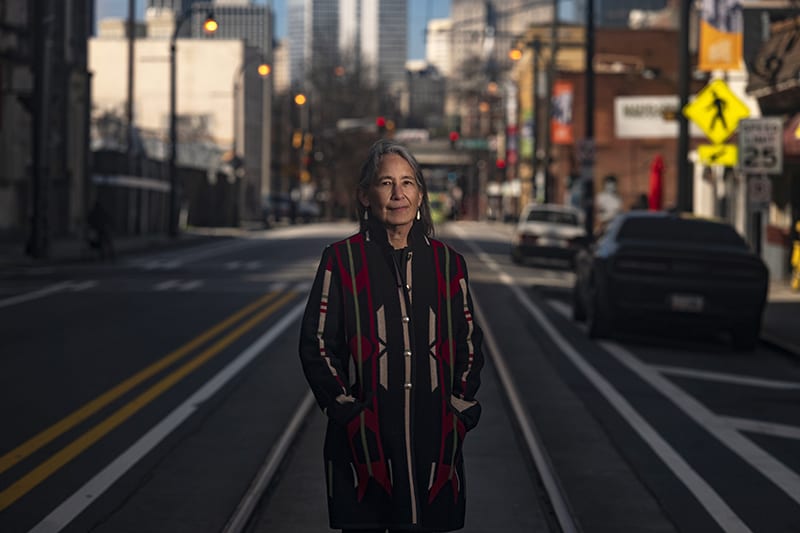 Professor Natsu Saito has been teaching at the College of Law for more than 25 years. Her book “Settler Colonialism, Race and the Law” was released this spring. Photo by Sheila Pree Bright.

When Saito took a leave of absence from Georgia State Law to teach in Colorado in 2004, professor Tanya Washington carried the baton of teaching the course.

Both Saito and Washington have a long history of incorporating law and activism into their teaching. Saito previously worked with civil rights organizations in Atlanta and also taught English as a second language to adult refugees from Southeast Asia. Washington comes from a family of educators and has worked with activist groups such as Redlight the Gulch. She also helped draft Georgia State University’s policy against racial harassment.

Washington recalls using the phrase “white supremacy” in a PowerPoint in her first few years of teaching the course.

“Everybody was instantly uncomfortable,” she said. “But, the last time I taught it, it didn’t have the same charge. It’s not something that is foreign to them.”

The course starts in the same place— with a history of indigenous people before 1492, the year when Europeans colonized America. Saito and Washington agree that students benefit so much from understanding the richness of the earlier history. Saito admits this often means more current history is a bit compressed, though.

“We keep up with the recent cases, but, by the time we get to them, the students can see that there’s nothing new and unique about these cases. They’re the continuation of a pattern,” she said.

Recognizing and dissecting these patterns make for rich classroom conversations among students. But talking among a diverse group of peers can be nerve wracking. Both Saito and Washington have noticed that, in their most recent classes, students’ fear of being wrong seems much more pronounced than in the past.

“I tell them at the beginning of the class prepare to be offensive and offended,” Washington said. “We can’t talk if we’re not willing to give each other space to make mistakes…and it’s not…I hate to even call it a mistake.”

Washington and Saito said they’ve always incorporated food into their courses, too, in an attempt to ease tensions as students reflect on difficult topics. Still, the pair emphasized that their classes are designed for learning, not “healing.”

Tawanna Morgan (J.D. ’07), one of Washington’s students from the early 2000s, said the professor set rules for discussion early in the course and that they sat in a circle. “I remember it being a very safe space,” said Morgan, who now has her own criminal defense and personal injury law firm in Atlanta. More than safety however, Morgan says that the course opened her eyes to the experiences of other racial minorities.

“As a black person, I am always looking at things from the black perspective, but in taking the course I saw that the law has always been used to oppress every minority group that has stepped their foot on this soil. And at one point in history, minority just meant different, so if you weren’t a certain kind of white [such as Italians], the law was coming for you too.” 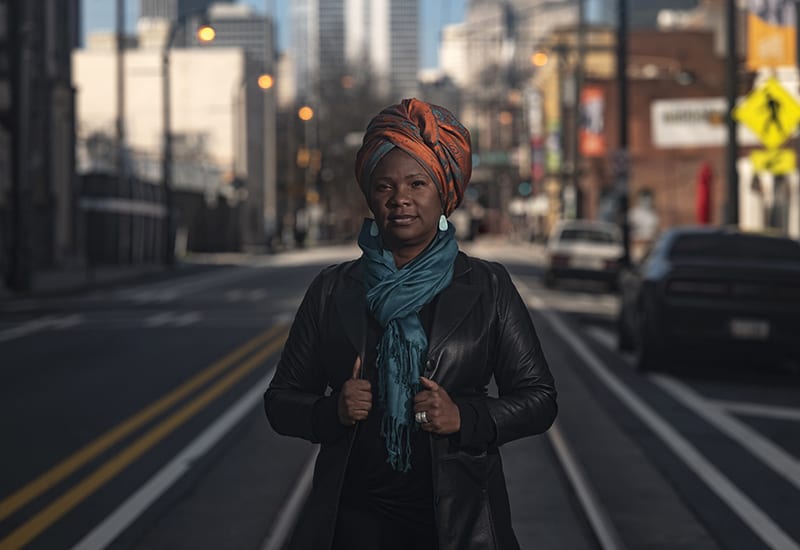 Professor Tanya Washington is a fourth generation educator who instills a sense of social responsibility in her students. Photo by Sheila Pree Bright.

In many ways, the Race, Ethnicity and the Law fills in the gaps around cases that students learn in other survey courses. This was the case for Amanda Vela, a third-year student, who signed up for the elective course because she hopes to practice immigration law.

She recalls learning about the Johnson & Graham’s Lessee v. McIntoshtosh case in Property Law and thinking that something was off about the ruling that land deeds were only valid if they drew back to the British crown and not to Indigenous tribes, but didn’t feel comfortable questioning it at the time. However, in Race, Ethnicity and the Law, they dissected the ‘why’ behind this and other Supreme Court cases, and examined if justice was actually served.

“Taking it all the way back to elementary school, we’re taught all of these things, but there are holes. This class is like getting the true side to all of it,” Vela said. “Toward the end of class, we spoke about specific ways to change unjust laws so that all people are treated fairly… Just applying a [critical race theory] perspective to the creation and implementation of law is empowering.”

Saito returned to teaching Race, Ethnicity and the Law last fall and says that returning to the place where she first began teaching the material allowed her to reflect on how the course has progressed in the past 25 years. She said that in some ways Atlanta’s own history with race makes teaching the class in the city “easier.”

“Atlanta is a wonderful microcosm of a lot of the issues they discuss in class,” Saito said. “The city embodies a lot of the nation’s racial history very literally in the bricks on the street. Atlanta’s shifting demographics are also informative when we look into broader issues of ethnicity, xenophobia and things like that. It permeates the whole place.”

This stood out to Janine Bell, also a third-year law student, who said that she learned many “inconvenient truths about the law.” This especially stood out to her when it came to voting rights cases, where courts often denied a person the right to vote if they had one drop of blackness in their DNA.

“It’s an elective that I think everyone should take,” said Bell, who took the course last fall with Saito. “I’m Caribbean American, so when I came to the states I didn’t really understand how the politics worked…The class gave me a greater understanding as we went through some historical cases and looked at how the courts blatantly discussed race and how the application of law was so subjective.”

Saito and Washington said students throughout the history of the Race, Ethnicity and the Law course have struggled to grasp the limitations of the law and how they can be agents of change.

“I think we can help them see ways in which you can do very important and useful things with the law that don’t equate to ‘the law is fixing the problem,’” Saito said. “You can protect people, you can create space for people to be able to thrive and to be able to come up with their own bigger solutions using the law. Lawyers can play a really important role in social change, but not necessarily the way they start out thinking that they will.”