With a modern approach, Eric Segall maximizes reach in constitutional law discussions
Use Scan QR Code to copy link and share it

Georgia State Ashe Family Chair Professor of Law Eric J. Segall was first drawn to constitutional law during his time at the U.S. Department of Justice. He worked for the federal programs branch of the civil division, representing federal agencies in litigation. He had several constitutional law cases which was unbelievably exciting to him.

Segall is now going on 29 years at Georgia State Law, where he is yet to take one semester off. In addition to teaching federal courts and constitutional law, he has also authored two books, Supreme Myths: Why the Supreme Court is not a Court and the Justices are not Judges and Originalism as Faith.

“When I started at Georgia State Law in 1991, I wrote conventional law review articles,” Segall said. “Then somewhere in the 1990s, I started studying Scalia and thinking about theory, and what I started to learn is, it really is all made up. Constitutional law is not law. It is just judges imposing their values on us because the constitution is so vague and imprecise.”

Segall says when it comes to his views, he’s often alone in a room, especially when standing among other constitutional law scholars. Nevertheless, his essays have appeared in the New York Times, the LA Times, The Atlantic, SLATE, Vox, Salon, and the Daily Beast, among others. The New York Times has coined him a “critic of the Supreme Court”. He’s also constantly sparking engaging conversation with his more than 10,000 followers on Twitter. 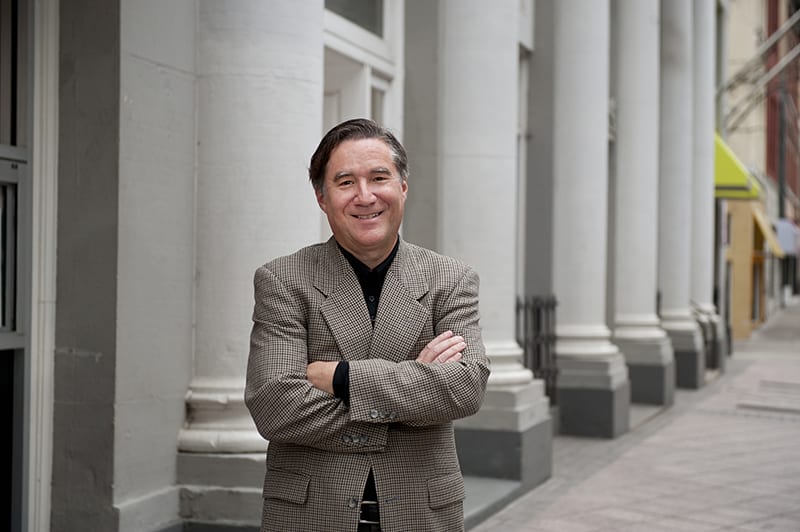 Segall says one of his goals before he retires is to convince the College of Law that blog posts, op-eds and essays should be considered academic scholarship.

“I wrote a blog post two months ago, Teaching Constitutional Law in a World Where the Justices Just Make Up the Law, and it got 1,200 views,” Segall said. “Through the blog I’m reaching both a public audience and my peers. I think for someone who wants to be engaged in a public constitutional law discussion, it’s very important.”

Segall carries this open-dialogue approach into the classroom. Teaching constitutional law I and II and federal courts allows for discussions on topics such as affirmative action, abortion and separation of powers, which is not always easy for students to speak about.

“I teach mostly to get students to think,” said Segall. “Most of them are not going to practice constitutional law, but what I want to do is get them to be better lawyers. I’ll say, ‘this topic is really hard, you’re going to be frustrated, but we’ll get through it. There’s virtually nothing in practice that’s ever going to be this hard, but you will be as frustrated, and when you get to that point remember this, and you will get through it’.”

Thinking about the highlights of his career, Segall says what stands out to him first and foremost is his students. He also thinks about his academic achievements. Equal with those though, is helping build Georgia State Law to be the institution it is today.

“I came to Georgia State Law when it was nine years old,” said Segall. “I’ve been on the recruitment committee for the College of Law almost every year there has been one. I helped hire many of our excellent faculty. That is something I feel very proud of.”