Evan Hansinger (J.D. ’21) aspires to have a career serving justice

Growing up, Evan Hansinger (J.D. ’21) always pictured himself becoming a police officer. He wanted a career rooted in helping others, and law enforcement gave him that. It wasn’t until his success as a student during his undergrad at Wayne State University in Detroit that he began to think about continuing his education.

When deciding where to go for law school, Hansinger wanted to explore more of the country, ideally in a big city environment that would get him away from cold Midwest winters. That’s how he found Georgia State College of Law, and says he knew the minute he stepped into the building it was the right place for him.

Now, he’s taking steps that would put him on track to becoming a prosecutor. He earned a Public Interest Law Association Fellowship with the Clayton County District Attorney’s office last year and will be returning to the office again this summer. He is also on the Moot Court and STLA Mock Trial teams. Here, he explains how his experience at Georgia State Law is setting him up for success.

What draws you to becoming a prosecutor?
I want to do something that involves helping people in a government or non-profit role. As the prosecutor you have the ability to not only get justice for victims, but also to stop injustice. My view is that the prosecutor is in the position of most power. With that, a prosecutor can ensure that justice is served and fair punishments are handed out, but also can be progressive in their approach and advocate for social change.

How was your experience with your PILA fellowship at the Clayton County District Attorney’s office?
I was able to get deeply involved even as a 1L. I was hands on reviewing a lot of cases, doing legal research, going through writing up charges, and sitting in on the various trials going on. I was involved in ways that I didn’t just feel like I was in their way. I was actually helping them get through this process and of assistance to them. 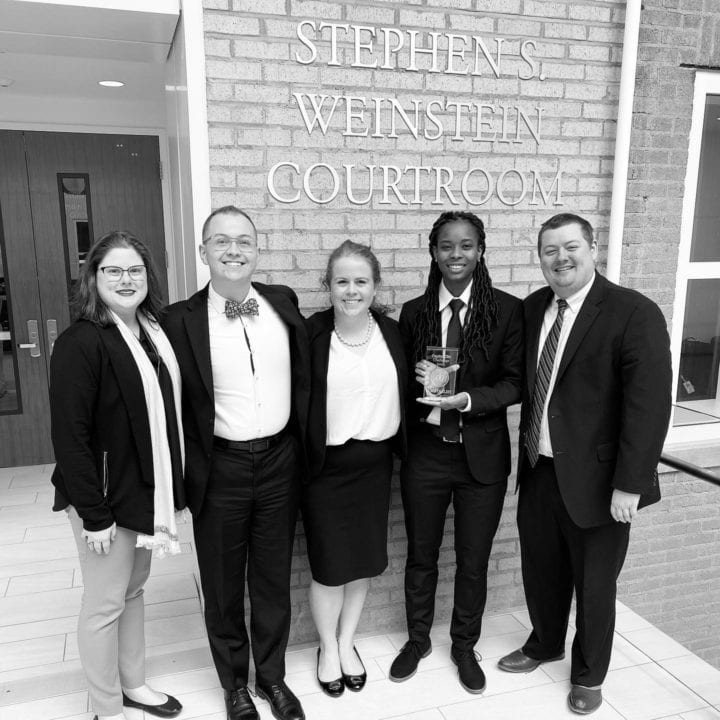 What organizations are you involved in at Georgia State Law?
This upcoming year I will be the president of PILA and the Criminal Law Society, and I am on Moot Court and STLA Mock Trial. It really is this unique experience of getting to travel and represent the school. We are one of the top schools and sometimes we don’t even realize when we go to these competitions that we have this great reputation on the national level and it’s exciting to have the opportunity to build on that.

What makes Georgia State Law unique?
Coming to law school, my expectations from what I had read is that everyone would be stabbing each other in the back to get one step higher. But Georgia State has very much been the opposite of that. Even the people who are at the top of the class are some of the most humble. That family environment is so important at Georgia State, and year after year, it’s the student body’s goal to keep that going.