Law professor Bill Edmundson pushes students to ask, ‘What is Justice?
Use Scan QR Code to copy link and share it

Growing up in Birmingham, Ala., law professor Bill Edmundson had to ride segregated buses in order to “get around a segregated world.” He recalls reading about the bombing of the 16th Street Baptist Church, and the Freedom Riders, in the pages of Life magazine. Coming of age during the Civil Rights Movement piqued his interest in the law as an avenue to achieving justice.

Edmundson went on to earn his law degree from Duke University and a Ph.D. in philosophy from Berkeley. It was during this time that he started studying social contract theory, which posits a hypothetical “state of nature” prior to any government and tries to articulate a set of principles that any legitimate government has to satisfy if it is to treat its citizens as free and equal. He has written about the subject extensively, and in his 2017 book, “John Rawls: Reticent Socialist,” traces the path taken by Rawls, the pre-eminent political philosopher of the last half-century.

For the last 30 years, in the classroom, Edmundson has emphasized that an understanding of what justice requires is necessary to inform interpretation of the law. Here, he talks about his class What is Justice? and what he’s working on now. 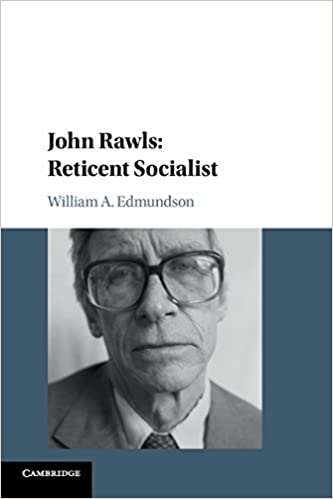 What do you cover in your class What is Justice?

It changes from year to year. Last year, the focus was the social-contract tradition in political philosophy. We read Thomas Hobbes, John Locke, Jean-Jacques Rousseau and John Rawls. Next time, we will focus on the idea of property, the different kinds of things that might be owned, and the justification of the legal institutions that define property rights. The reading will range from medieval disputes about humanity’s common ownership of planet Earth, to modern controversies about selling one’s bodily organs.

What is your current area of research?

I am writing about the kinds of legal institutions needed to realize the ideal of justice that is disclosed by the best social-contract theories. The question of public ownership of the means of production looms large here (as it does in socialism). Liberty demands a market economy, but political equality can withstand only so much economic inequality. I approach the issue by asking what property rules reasonable people would agree to, once they realize that certain things needed as means to leading a productive life cannot be divided up and distributed to everybody in usable pieces. The road system and the internet are good examples.

What legal issue do you believe more people should be paying attention to?

There is too little concern about the ways democratic equality has been undermined in recent decades by decisions at all levels of government, from the U.S. Supreme Court on down. Too many of us take it for granted not only that extreme inequalities of wealth will exist, but that they will always freely translate into vast inequalities of political influence. These are not brute facts of life, but something we tolerate. De jure segregation was supposed to be a fact of life. Yet, it was overcome. Maybe we can overcome political inequality, too.

In your almost 30 years teaching at the College of Law, what experience have you had here that is uniquely GSU Law?

The students here are, on the whole, different from the norm I’ve seen elsewhere. Our students are every bit as serious, yet not as caught up in wasteful competition for empty distinctions. Our students, for the most part, are not already starting from a place of social privilege, anxiously striving to parlay that into even greater privilege. There’s anxiety, and there’s striving, but the goal is less comparative, less about outdoing or pleasing others than about doing one’s best, for its own sake as well as to get a foothold in the world.