Growing up, Georgia State professor of law Russell D. Covey never pictured himself becoming a lawyer. The idea only occurred to him while attending graduate school studying political philosophy at Princeton University. Political philosophy can get pretty esoteric, and Covey was on the hunt for a career that would be filled with practical as well as engaging work.

“The beauty of studying law is that it has a deep moral, philosophical and analytical foundation that you can spend a lot of time trying to understand and master,” Covey said. “But at the same time has very real-world impacts on people and is essential for making our society function.”

Covey finds this particularly true with criminal law and made it his focus while attending Yale Law School. He spent one summer working with the US Attorney’s Office in Brooklyn while they were prosecuting cases against the mob. After graduation, Covey went to Washington, D.C. where he spent nearly five years working for Williams & Connolly, a firm specializing in high profile political cases. 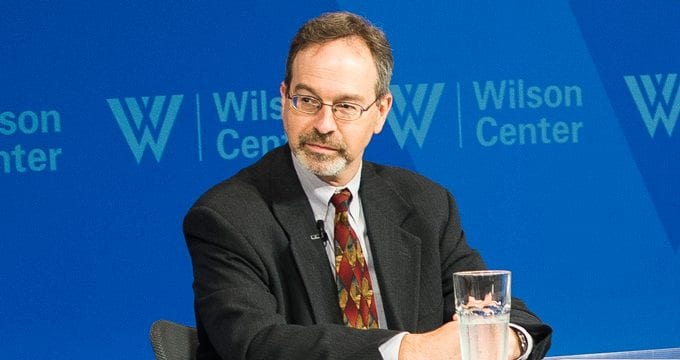 Professor of Law Russell Covey speaking on a panel for the 50th anniversary of the U.S. Supreme Court ruling in Miranda v. Arizona in 2016.

“The stakes are always very high and the consequences in these cases are significant for the people whose lives and freedom are on the line,” Covey said. “The cases themselves seem to me to raise the deepest questions about justice and morality.”

Covey focuses his scholarship on the intersection of plea bargaining and wrongful convictions, which lead him to being selected as co-chair of the ABA’s Plea-Bargaining Task Force. The group, which is made up of judges, public defenders, prosecutors, representatives from criminal justice organizations like the Heritage Foundation and the Cato Institute, and academics, is working to find a consensus for how the plea-bargaining system can be improved.

“Trials almost never happen, so that image of fighting for justice in the courtroom is mostly fiction,” Covey said. “What really happens is cases are negotiated in hallways, backrooms and even over email. These cases get dispensed very quickly with very little factual investigation from either side.”

He believes a big root of the issue is the ‘trial penalty’. That’s the idea that if a person pleads not guilty and goes to trial, they will almost certainly receive a sentence that is dramatically harsher than if they had taken the plea offer.

“Because of that, the incentives are extremely powerful to plead guilty and not contest cases at trial, even where the defendant might be innocent of a crime,” Covey said.

Once the task force finishes their report with reform proposals, the report will be sent to the ABA House of Delegates for formal action on its proposals. The ABA could then use it to lobby Congress and state lawmakers in a push to get the proposals adopted.

Even beyond the ABA task force, being involved in the legal community is something Covey enjoys. He said being at Georgia State allows for that opportunity. The college is just steps away from the Georgia Supreme Court, the Eleventh Circuit Court of Appeals, and numerous prosecutors and public defenders offices.

“My students also take advantage of that,” he said. “They have deep practical knowledge of the criminal justice system because they are already working in these different capacities through internships and externships. The amount of knowledge they bring into the classroom is fantastic. I learn every day from them, which is why teaching at Georgia State Law is such a joy and a privilege.”