If you’re looking for a smiling face, it’s easy to find one on Glenn Wells (J.D. ‘20). He is enthusiastic about school and always ready to lend a hand. That signature smile was hard won from a background that included more than one bout with homelessness. This is how he found his way to the Marine Corps. After enlisting, he worked his way up the ranks from the infantry to Force Reconnaissance to Marine Special Operations command. During his service, he deployed to countless different countries and engaged in combat operations in Iraq and Afghanistan. While there, he found ways to help build schools, sewers and infrastructure for nearby villages, which ignited his passion for helping others.

Later, Wells received orders to go to Okinawa, Japan where he taught and led the next generation of Special Operations Marines. This made him reinvest in his own education, and he eventually earned his associate’s, bachelor’s, and master’s degrees. He told himself he was going to keep going to school until he failed or got a doctorate, which is how he landed in law school.

When Wells was getting ready to retire from the military, he and his wife were living in San Diego. In search of their next move, the proximity to family pulled them to Atlanta. He immediately looked to see what law schools were available, and after researching, he found himself at home at Georgia State College of Law. Here, Wells shares what made it the best choice for him. 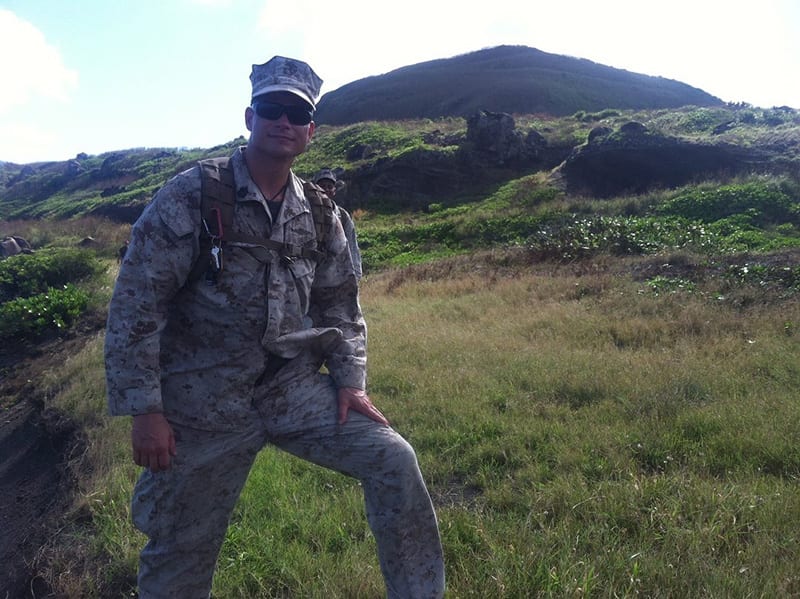 What made you choose Georgia State Law?

After some very extensive research, I decided that Georgia State would be my future home. The reputation of friendly students and caring staff, along with a very high bar pass rate, is what enticed me. I have been extremely happy with my choice.

Have you participated in any internships/externships/clinics?

I interned for Cobb County Circuit Defender’s Office my first summer. Last year, I took Fundamentals of Law Practice, and got to help women get TPO’s (temporary protective orders). I also donate my time at the College of Law Veteran’s Clinic.

But I try to keep myself flexible so I can volunteer at the Shepherd Center and for the Shepherd’s Men. They helped me out because I have traumatic brain injury and I didn’t realize how bad it was until I started law school. I was actually an inpatient at the Shepherd Center hospital the second semester (and into the summer) my first year of law school. So, all morning long I would get treatment from the doctors and then I’d come to school at night and then I’d sleep at the hospital, wake up and do it all over again.

What advice would you give to students currently considering law school?

If a challenge is something you can accept and work through, the J.D. will be the most advantageous, diverse, agile and rewarding degree you could possibly get. I’ll add that I think it is important for every J.D. student to take a leadership class because society expects more from you, they look up to you, and you need to know what to do with that position. Finally, GSU Law Library is one of the most helpful libraries I have ever been to.