A New Blueprint: Catching up with Recent Graduates of the Legal Analytics Program
Use Scan QR Code to copy link and share it

Whether they began as history buffs or nonprofit workers, linguists or political science students, these four Georgia State Law alumni found the key to their future careers within the exciting, new Legal Analytics & Innovation Initiative. Through the courses offered in this two-semester program, they discovered a new way of looking at the law, a forum to use their unique gifts and a window into the future of what law practice might someday become. The cutting-edge work they do today is an extension of what they learned through the program, building the foundation for innovation. 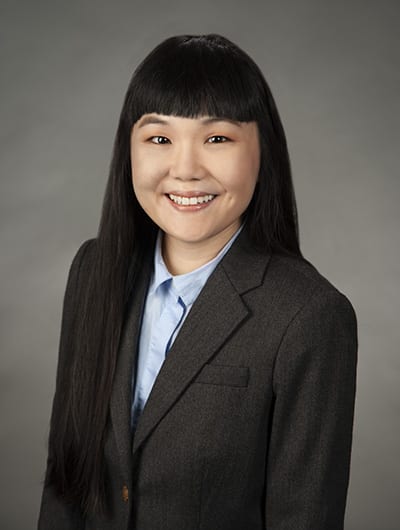 When Enid Kim transferred to Georgia State University from a small liberal arts college in Massachusetts, she was thrilled by the vibrancy and diversity on campus, but was unsure which career path to follow. She simply knew she loved words.

While studying applied linguistics, Kim considered pursuing a career in academia, but after watching her brother thrive as an attorney, she gave law school a try.

As she dove in, Kim found herself embroiled in debates over what the phrase “because of” meant in Title VII of the Civil Rights Act and sitting in Legal Analytics and Corporate Law professor Anne Tucker’s office trying to determine whether a difference of meaning existed between the words “dependent” and “contingent.”

When she discovered that the first course of a new Legal Analytics program would be taught during her final year in law school, she was intrigued. In that first class, she recognized Legal Analytics was a realm in which she could dissect language and extrapolate meaning with the support of hard data.

In her job at Baker & Hostetler, Kim says she is excited by the possibility of contributing to precedents where none yet exist.

“It’s like the wild, wild west,” she says, with a smile. “There are double layers of the unknown…and you can carve your own path.” 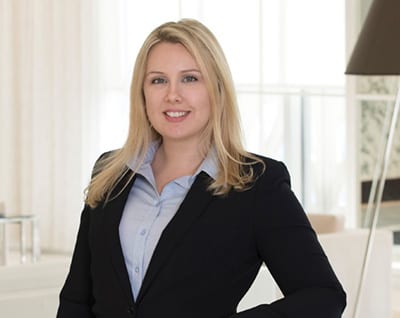 Songaila decided to take a position as a paralegal, which offered her a peek into the legal world, and the experience solidified her decision to go to law school.

Today, she works as a Legal Technology Innovation Solutions Analyst for Alston & Bird. In a role that is, as Songaila puts it, “part science and part art,” she explores, evaluates and promotes up-and-coming tools the firm can use to improve their processes.

As she weighs and watches new products on their way to market, she is excited by the potential legal analytics has to increase efficiency and accuracy. In her eyes, it will enable lawyers to spend more time with their clients, take on more cases and bring down costs – opening doors to underserved populations. 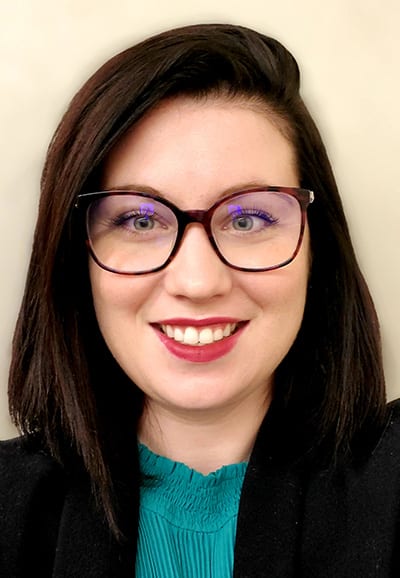 “I have always wanted to be a lawyer,” Heather Kuhn says. “I just took a winding path to get there.”

After the Wisconsin native graduated with a bachelor’s degree in justice and society, she worked as a director of advocacy and youth programming at a homeless day center and then was a high school special education teacher.

Kuhn says she felt called to law school, but her reality as a teacher and mother made it feel unattainable. Then, the combination of landing a job that would pay for her education along with the College of Law’s flexible class schedules gave her the chance to achieve her dream.

She found her way to data privacy and legal analytics. She was captivated by the interdisciplinary nature of the legal analytics program, which pairs law students with those who are pursuing a master’s degree in Data Science and Analytics in the J. Mack Robinson College of Business. They analyzed hundreds of Financial Industry Regulatory Authority arbitration awards to see if trends in the composition of the arbitral panel could be used to predict rulings. (FINRA is the non-governmental, regulatory agency of the New York Stock Exchange that handles investor disputes.)

“Having more lawyers that know what machine learning is, or even a little bit more about AI in general, is going to be helpful and necessary,” she says. “Companies are looking for that intersection of people who know the law and who know technology.”

Today, Kuhn evaluates technology projects at Cox Communications for potential privacy and security risks. Looking toward the future, she is excited to see how technology and law continue to intertwine. 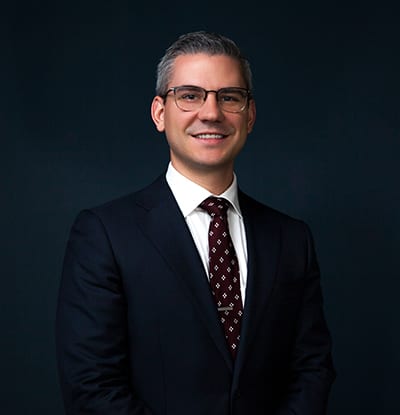 Christopher Kanelos’ interest in analytics began years before he discovered the legal analytics program. As an undergraduate studying political science at Georgia State, he interned with a lobbying firm in Washington, D.C., where he built spreadsheets to analyze how Congress voted on certain issues. The legal analytics program provided him the opportunity to expand beyond this basic form of analytics by harnessing the power of machine learning.

Kanelos immersed himself in the program, working as professor Anne Tucker’s graduate research assistant and collaborated with classmates to identify the external factors impacting the cases they were analyzing.

Now, at InPrime Legal, he actively seeks ways to incorporate the skills he acquired through the legal analytics program into his daily practice. Kanelos expects legal analytics to revolutionize the practice of law.

“It’s like being on the ground level of the rise of the Internet or any other cutting-edge application that has become a part of our daily lives,” Kanelos says. “At some point, legal analytics will play such a critical role in the industry that attorneys will wonder how they ever practiced before.”