When Georgia State Law professor Anne Tucker decided to pursue a career in law, she was drawn to the profession as a tool to right wrongs and give voice to the voiceless. Tucker grew up in rural Indiana and earned her undergraduate and law degrees there. “College wasn’t assumed for everyone in my family, and my parents had one rule: You can go anywhere in-state where you can get a scholarship.”

In her home state, she interned for the governor of Indiana, which transformed her view of the law as not only a means for social justice, but also for policy reform. As she pursued a career in corporate law, her attention turned toward consumers and investors, and making sure that the system worked just as well for them as it does the corporations. This is part of what drew her from cases to spreadsheets using the tools of empirical research.

“In some disciplines, like constitutional law, there is lots of room think about what the law should be from your perspective or from theory,” Tucker said. “When it comes to questions like, ‘have mutual funds started holding their portfolios for less time, and does that have a negative economic consequence?’ Those aren’t just ‘I think…’ questions, those are questions that have empirical answers.”

Tucker believes that “scholars in the field are obligated to try to answer those foundational questions to the best of our ability.” 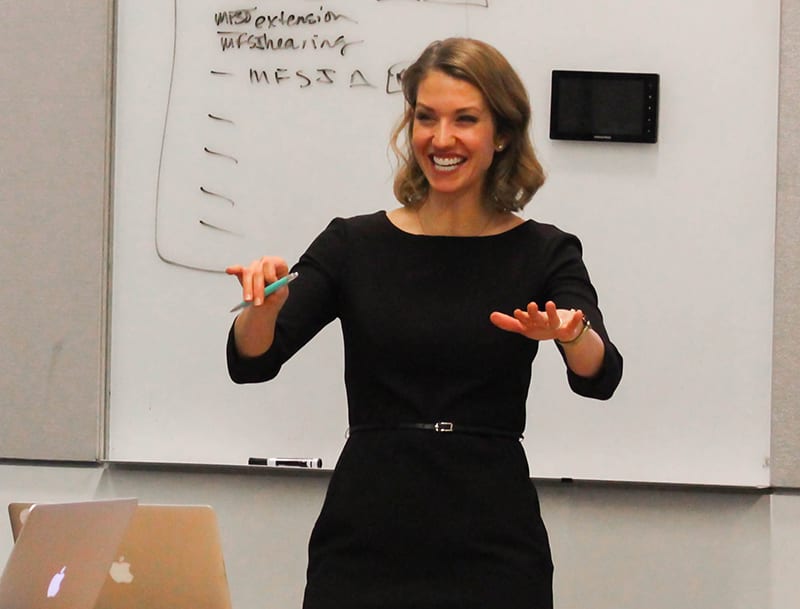 She joined the Georgia State Law faculty in 2009 and says she was drawn to the university because of its location, vibrant legal community and commitment to educating a diverse student body, where the cost gives students the flexibility to pursue their best career, not just the most lucrative.

“I believe in public education and that anyone should be able to go to law school,” Tucker said. “I have seen firsthand the transformative effect education can have in my own life. Being at a law school where we give access to a broad range of people to do the same means a great deal to me.”

Tucker teaches Contracts and Corporations, and serves as faculty director of the Legal Analytics & Innovation Initiative, where she uses computer analysis to answer legal questions. That research extends into the Legal Analytics Lab, a collaborative program between the J. Mack Robinson College of Business and the College of Law. 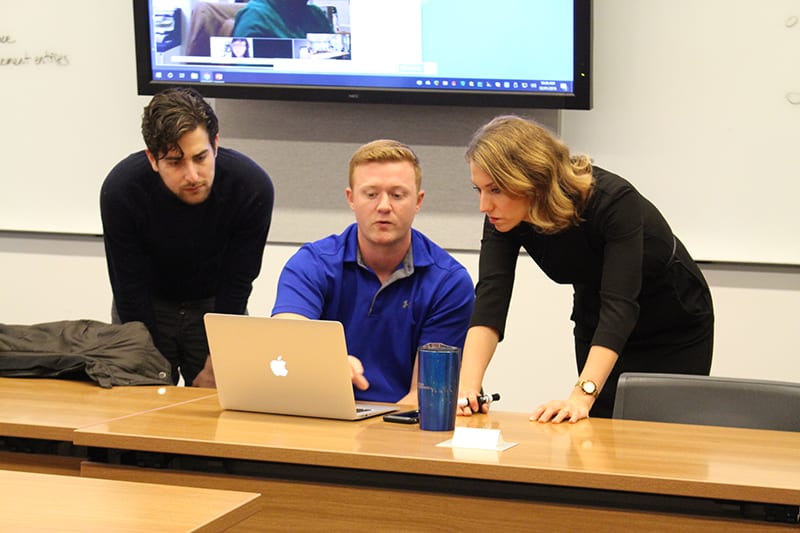 She is working on a number of research projects, including one on Environment, Social and Governance (ESG) funds and another on impact investments with the Wharton School of Business at the University of Pennsylvania. However, the research she’s dedicating the next decade to is looking at mutual funds’ consumer-facing disclosures to see if they comply with federal regulations and how they inform markets.

“It used to be that people invested in the market when they had extra money, but now it’s the main way people save for their kids’ college and for retirement,” Tucker said. “This forces lay people to become investment experts. However, we’re finding that the readability level of disclosure agreements is at a post-graduate level and they are long, which is not necessarily in the spirit of what the law intended.”

The end goal of her research is to help shape the conversation in the regulatory environment so that it pays attention to the end users, whether that’s an investor or a litigant. In her eyes, making the system work for the individual is the key to making it work for everyone.

“We’ve made a functional gamble that the markets, as they are currently regulated, are good enough to secure your financial stability and mine,” she said. “If my funds are doing really well, but yours aren’t, that’s not good for either of us.”

To learn more about Tucker and the Legal Analytics & Innovation Initiative visit law.gsu.edu.