Professor Natsu Taylor Saito’s curiosity about the intersection of law and race started as a child when her father shared stories of his family’s time in internment camps during World War II. That interest deepened when she lived in Kobe, Japan during the Vietnam War, and later worked with civil rights organizations in Atlanta. It’s what inspired her to create the Race, Ethnicity & the Law course at Georgia State Law 25 years ago– which she still teaches. In her latest book, “Settler Colonialism, Race and the Law: Why Structural Racism Persists,” she connects the dots between the ways American colonization perpetuates racial strife in the U.S. today. She uses the lens of settler colonialism to unpack the uniqueness of the American experience as a nation where the colonizers never left. Here, she discusses how she believes the U.S. can move toward justice.

What motivated you to write this book?

I spent a lot of time thinking about what motivated my generation. Growing up in the ’60s and ’70s there was a sense that we were surrounded by social movements. These were not just framed as civil rights, as it’s often taught, but around national liberation for people of color. Those movements, in turn, took inspiration from decolonization movements happening around the planet. There was a tremendous sense of being a part of something global that was going to change the world. In writing this book, part of my motivation was to think about what would galvanize younger generations to envision a better and truly different world. 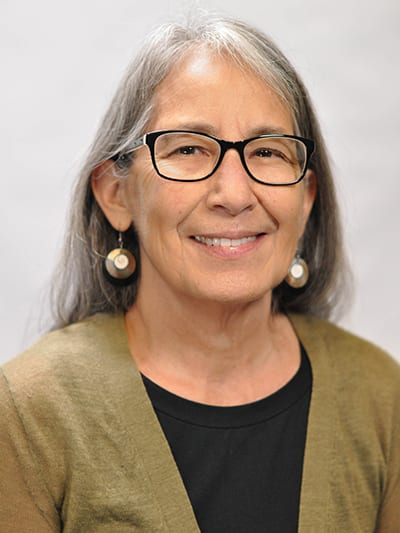 What makes settler colonialism the appropriate lens through which to relay that message?

In those movements in the ’60s and ’70s we often referred to people of color as being internally colonized. However, the way we were thinking about being colonized then is what we now refer to as external or classic colonialism. In the U.S. we have a settler colonial system in which the colonizers came to stay. That makes a tremendous difference in the way history has played out since then.

It’s a perspective that centers indigeneity and racialization. If you look at the law that legitimates property, it traces its roots back to a series of decisions written by Justice John Marshall regarding taking Cherokee land. In those cases, he rules that title is legitimately traced to the British crown. And, he rationalizes it by saying that the Cherokee have a “savage” nature. The whole foundation of the right to property ownership is based on the delegitimization of Indigenous rights.

If you look at other areas of the law that disempower people of color in this country, you’ll find the same thing. For example, the way our immigration courts work today is rooted in the Plenary Power Doctrine, which says that constitutional protections do not apply. That comes out of the Chinese Exclusion cases, which [were driven by fear of these “scary Chinese hordes” taking over. What I do in the book is look at how various groups have been racialized in order to accomplish certain purposes. Those are the dynamics that undergird race relations in the United States today.

So, how do we start to solve the problem?

I don’t have a solution, but I think a first step is to acknowledge the economic benefits that have been extracted from the appropriation of Indigenous lands and resources, and the labor of enslaved and otherwise exploited peoples. This will point us toward institutional changes that are needed. Most often when people talk about racism in the U.S., the presumption is that we need to implement the legal protections that already exist. But, if we set aside our assumptions about what things have to stay the same, we can imagine other ways of organizing society.

You mentioned motivating younger generations earlier in our conversation. What is the key message you want people to take away from the book?

Most fundamentally, I want people to look at the United States today through a lens that is not limited to the presumption that questions of racial, social and economic equality can only be addressed through institutional rights. I want people to think independently about what they want for their communities and how we’re going to provide that for our children. We’ve been stuck in a certain discourse centered on equal protection, but we need to liberate our minds so that we can move toward more constructive solutions.