Beteag, a mezzo-soprano from Lilburn, Ga., performed “Give him this orchid” from “The Rape of Lucretia” and “Ja, Gretelchen…hurr hopp hopp hopp” from “Hänsel und Gretel” with the Metropolitan Orchestra and conductor Bertrand de Billy.

Competitors performed for an audience of judges, industry leaders and the public for the opportunity to win a career-defining award and the prize of $20,000 for each winner. After the finalists performed two arias, five were chosen winners. The program was hosted by the 2005 Metropolitan Opera National Council Auditions winner and internationally acclaimed operatic soprano Lisette Oropesa.

For more than 60 years, the annual competition has helped start the careers of countless young singers, including such celebrated opera stars as Renée Fleming, Kathleen Battle, Lisette Oropesa and Jaime Barton, among many more. The finalists were chosen from more than 1,000 singers who participated in auditions in 40 districts throughout the United States, Canada, Puerto Rico and Mexico, and who then competed in 12 regional finals. The final concert was broadcast on Met Opera Radio and streamed live on the Met website. 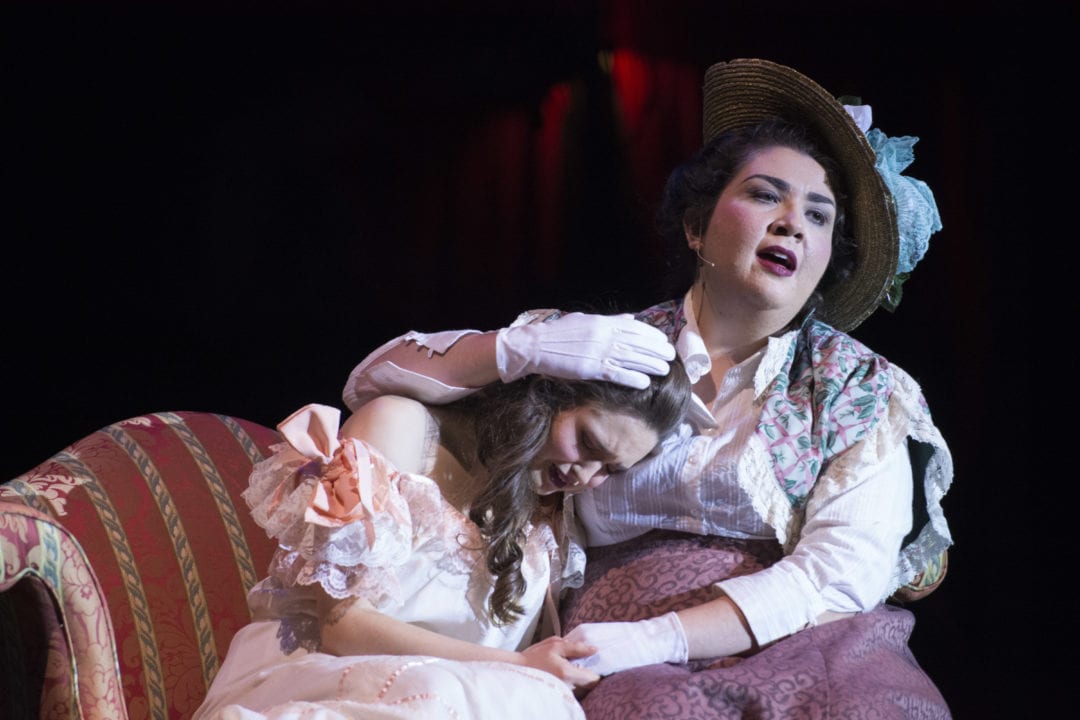 Beteag’s connection to the Georgia State voice program began in 2016 at the “Freeman Lyric Vocal Intensive,” a professional audition/career preparation program where she studied with School of Music senior lecturer in voice, Kay Paschal. She also studied privately with Paschal, and after her undergraduate studies continued with Paschal for her master’s degree in voice performance.

“Winning an award at the Metropolitan National Opera Auditions adds an enormous amount of credibility, visibility and promotional value, not to mention the possibility of future roles with the Metropolitan Opera,” said Carroll Freeman, the Valerie Adams Distinguished Professor in Opera Studies. “With all of the remarkable students who come through the Georgia State opera program, I see—and hear—so many amazing talents that are fated to enjoy operatic careers. But there is no doubt about the potential artistic and professional success intrinsic in that unique, charismatic instrument that can only be called divine. Gabrielle Beteag is one such young artist with a golden throat.”

At Georgia State, Beteag performed in “The Mikado,” “Albert Herring,” “A Little Night Music,” “The Consul,” “Dialogues des Carmélites” and “The Ballad of Baby Doe.” In 2017, she was the winner of the Georgia State Brumby Concerto Competition and The Opera Guild for Atlanta Vocal Scholarship Competition. Beteag was also a finalist in the Opera Birmingham Vocal Competition among her many honors.