Will Miller worked as a business and civil litigation attorney for seven years before switching to immigration law. He was inspired to do so after a soul-searching trip to Argentina, which also allowed him to fulfill his dream of living abroad. While there, he fell in love with the language and the people, so when he returned to Georgia he wanted to stay connected. He started volunteering at the Latin American Association and eventually took a position with the Catholic Charities Immigration Legal Services department. Miller says that he found great meaning in the work, and the rest is history. Miller joined the Georgia State Law Immigration Clinic this spring as a supervising attorney and they have already won the release of one client from custody. Here, he talks about what it is like to practice immigration law and what he hopes to achieve at Georgia State.

What are the most common case scenarios that you’ve run into as an immigration attorney?

In Atlanta there are a ton of people from The Northern Triangle, which consists of Guatemala, Honduras and El Salvador, and they are fleeing gang persecution. At this point the gangs are a ‘shadow state,’ and even our own Department of State reports that there are areas in these countries completely run by gangs. There is also a lot of institutional misogyny and there is not a lot of redress for gender-based violence for domestic violence survivors.

Are there any cases that have stuck with you over the years?

When I was working at Catholic Charities we were working on 100-150 cases at a time, and people were saying don’t even take asylum cases because they’re just going to be denied. This one case I’m working on right now, I have been working on since 2014. It involves a domestic violence survivor from Central America and it is on appeal for the second time. I’ve gotten to know this woman and her kids. I remember when her kids were tiny and crying in the courtroom; now they’ve grown up and speaking perfect English. It’s been a privilege, but it’s also very sad because her life circumstances are just so different than mine. 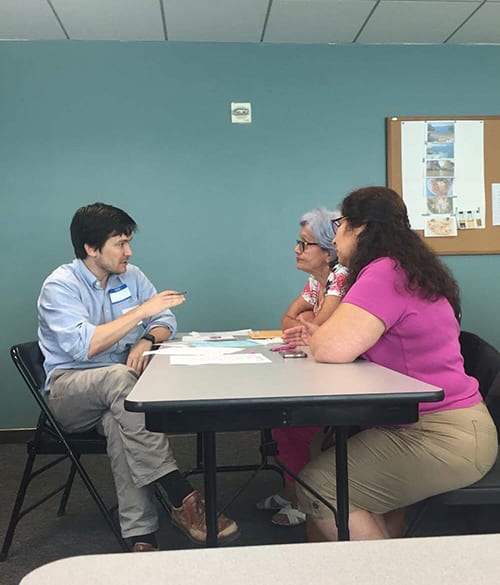 How do you find work-life balance?

It can be pretty overwhelming. There is an isolationist culture in law. You don’t let people know you’re struggling or uncertain or that dealing with a client is transferring trauma to you. The way I deal with that is developing close connections with my colleagues in the bar, because it can be hard talking about those things with someone who doesn’t do the same thing. We have a close-knit immigration bar here in Atlanta. It can be difficult, especially recently.

What made you come to the College of Law?

The clinic experience is important for law students, because when I graduated from law school I had no idea how to be a lawyer, because I didn’t do a clinic. I something to provide because I have been doing this for a while. I would like to be able to impart something on the student who is like me and needs to find the area that inspires them.

The clinic recently made strides for its clients. Tell me about that.

This is a woman with mental health issues who was detained at Irwin County Detention Center from May 2019 up until her release on Jan. 30. The clinic filed a motion to terminate proceedings arguing that there was no safeguard available that would make the proceedings fair given her mental incompetence. After months of back and forth discussions, ICE released our client from custody. She is still in removal proceedings, but she was deteriorating in detention and she has family here in Atlanta who care about her, so in that way it’s a win.