Amid the continuing opioid epidemic in the United States, a new report on opioid prescribing from the National Academies of Sciences, Engineering and Medicine claims guidance for treating acute pain is lacking, which could play a factor in the crisis.

On Feb. 19, Dr. Bernard Lo, president of the Greenwall Foundation and chair of the committee that wrote the new report, Framing Opioid Prescribing Guidelines for Acute Pain: Developing the Evidence, spoke to a classroom of students, faculty and community members at Georgia State Law. The lecture was hosted by the Center for Law, Health & Society and made possible through the Diversity in Bioethics grant from the Greenwall Foundation.

Lo says there are not consistent prescribing practices for acute pain. Acute pain – defined as pain that starts suddenly and lasts for up to 90 days – can follow an injury, surgery or childbirth. 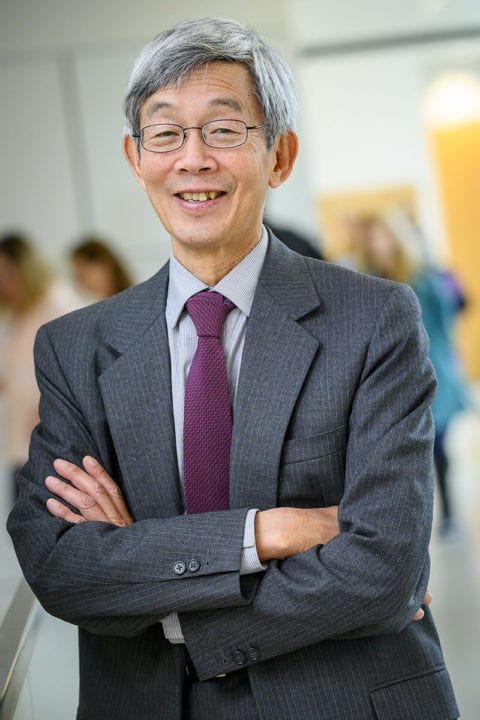 “How many of you have had surgery in your lifetime or gone to the emergency room for acute pain?” Lo asked.

Nearly every hand in the room went up. He then asked how many had leftover opioids in their medicine cabinets from that surgery or doctor’s visit. Several hands remained in the air, which reinforced the report’s claim that after surgery, patients on average only consume half of the opioids prescribed.

According to the report, from 2002 to 2010 opioid prescribing rates in the United States doubled. Lo said that is possibly attributed to aggressive marketing by pharmaceutical companies. Even though the prescribing rates leveled off in 2011 and have since been on a decline, drug overdose deaths continue to rise. Lo says that is due to the increased use of heroin and fentanyl, which are lower cost compared to prescription drugs.

“If you talk to people that have opioid use disorder, many of them say they started with prescription drugs before moving on to stronger opioids such as heroin or fentanyl,” said Lo.

The report details the need to create clinical practice guidelines, which would provide evidence-based criteria for prescribing opioids, help clinicians assess the risks and benefits, and identify areas where more evidence and research is needed.

Lo says while it remains a challenge, the prescribing guidelines are meant to balance the risk of overprescribing while also reducing patients’ acute pain. He acknowledges this report is only one step, and likely more needs to be implemented in addition to the guidelines.

“Whatever your field is, the ethical issues are important and the solutions are going to have to come from multiple jurisdictions,” said Lo. “I hope you are part of that solution.”