Forest Fire: An update on the Amazon wildfires
Use Scan QR Code to copy link and share it

On February 19, the Center for the Comparative Study of Metropolitan Growth hosted a lunchtime lecture with Romulo Sampaio, a professor of law and the director of the Research and Policy Center for Law and the Environment (CDMA) at Getulio Vargas Foundation School of Law in Rio de Janeiro, Brazil.

In his presentation, Sampaio outlined Brazil’s environmental policies, provided background on recent political discord and offered an update on where things stand today.

To understand the complexity of the 2019 wildfires, it is important to know that Brazil occupies 47.3 percent of South America’s territory and that the Amazon Rainforest is almost the same size as the continental U.S. This means that much of the rain forest is wild, undeveloped and challenging to manage. It’s also important to note that there are fires in the Amazon every year, and over the last 25 years the government developed effective environmental protection. 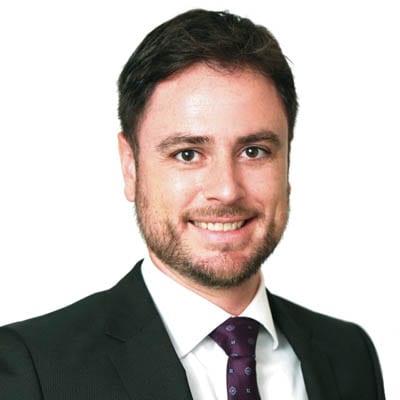 “Brazil was really good at enacting policies that protect the rain forest over the last decade, especially areas to preserve indigenous communities as well as areas settled by freed slaves,” Sampaio said. “It is the most protected region of the country with 50.7 percent of the forest under the protected designation.”

However, in 2018 a new administration deemphasized environmental protections. Sampaio draws parallels between the current political climate and the one that devastated the Amazon from 1964-1985 after a military coup d’etat. During this time, the government incentivized companies to deforest the region and develop industry. Similarly, when President Jair Bolsonaro was running for office, he vowed to cease destruction of bulldozing equipment intended for deforestation.

The differences between then and now, Sampaio pointed out, are that this administration was democratically elected, social environmental risks are better known and information travels faster. The latter led to international pressure for the government to address the wildfires. Major companies, including the VF Corporation (who manufactures The North Face and Kipling), said they would no longer purchase leather from Brazil if the government did not take more action to stop the wildfires.

“The problem is not the lack of environmental policies; the problems are the result of enforcement of those actions,” Sampaio said. “Because of the international pressures, it is expected that compliance enforcement will resume.”

In August 2019, military intervention helped to decrease the fires by 60 percent. Brazil is now in its rainy season so the blazes are under control. However, with rising temperatures near the equator, the future is uncertain. But, Sampaio is optimistic.

“There is light at the end of the tunnel,” Sampaio said, noting that President Bolsonaro recently created a council to protect the Amazon. “We have committed sectors of the agribusiness industry, a commitment from congress to not allow mining on indigenous lands and a strong and independent prosecutors’ office that can sue the government. They are a good balance to counteract these anti-environmental policies.”

Sampaio has a long-standing relationship with the College of Law. He is a visiting professor in the International Perspectives in Law course this semester; and he attended the Center for the Comparative Study of Metropolitan Growth’s Study Space trip to Lisbon, Portugal last summer.