ATLANTA—A new method to detect cancer in its early stages using a targeted MRI contrast agent that binds to proteins has been identified by a team of researchers led by Georgia State University Regents’ Professor Jenny Yang.

In their study, published in the journal Science Advances, Yang and her colleagues at Georgia State and Emory University describe a newly identified biomarker for detection of liver metastases. With current tests like biopsies, cancer in the liver is often detected in advanced stages, which can limit treatment options and lower overall survival rates. The discovery could have wide-ranging impacts, including more effective diagnosis and precision treatment, and less risk to patients.

“This is a game changer. It has the possibility to have many more applications, really for any type of cancer,” said Yang. “We are already applying it to 10 different types of cancer in the lab.”

The researchers, whose work is funded by the National Cancer Institute, developed an agent that can target certain receptors — in this case, chemokine receptor 4 (CXCR4). The receptor is overexpressed in common metastasis organs, such as the liver, among people who have cancer. 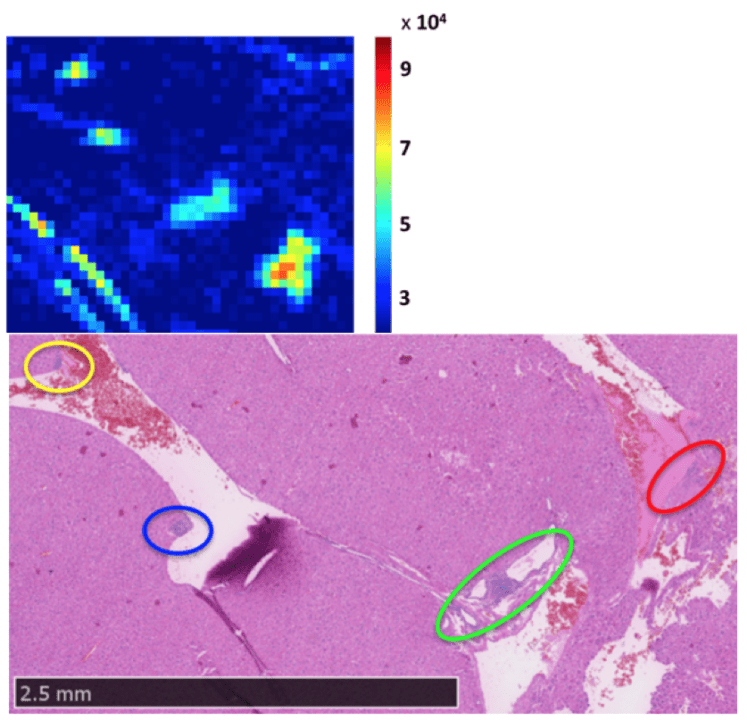 Using MRI technology, contrast agents carry the element gadolinium to enhance the images. During her previous work analyzing calcium, Yang decided to test how a metal, like gadolinium, would interact with protein. The protein wraps around the element and carries it to the site for imaging. Yang’s team found that protein design is much more effective in targeting the signs of disease.

“Currently, it is difficult to see early stages of disease in the liver, even in invasive biopsy,” said Yang. “Diagnostic testing using this contrast agent can not only identify the presence of disease but differentiate the stages of disease with high sensitivity and accuracy. That’s the beauty of this work.”

The findings are so promising, the targeted protein contrast agent is now being fast-tracked by the U.S. Food and Drug Administration (FDA) in the first step toward clinical trials to gauge its efficacy in humans.

“We have already met with the FDA, so we have a blueprint,” said Yang. “We hope within 18 months to two years we can conduct our first clinical trials in patents.” 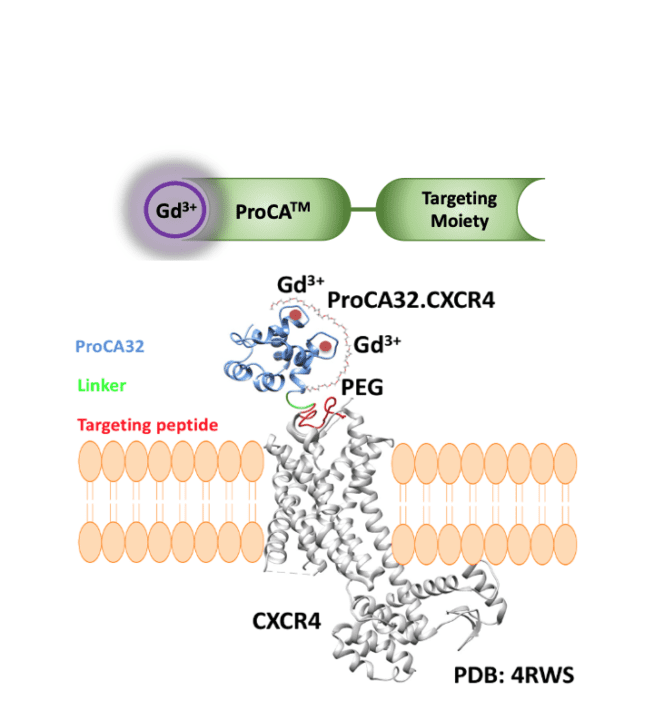 Contrast agents — or dyes — used in MRI scans contain the element Gadolinium.
Yang’s team found they could target disease using a protein that wraps around the element and carries it to the site for imaging.

Yang, who is also the associate director of the Center for Diagnostics and Therapeutics, holds 17 U.S. and 18 foreign patents in protein engineering. She recently became the university’s first professor to be awarded a fellowship by the National Academy of Inventors. Her start-up company InLighta Biosciences has been a key channel to allow her to compete for important funding and bring new discoveries to the marketplace.

The research builds on a 2019 study published in the journal Nature Communications, in which Yang’s team identified the first early detection of liver fibrosis using a collagen-targeted protein contrast agent. Combined, these studies represent the work of more than a dozen scientists from universities across the U.S., and their discoveries could help transform a $300 million industry that has seen few advances in the past several decades.

“We have been using the same contrast agents for 30 years with few breakthroughs,” said Yang. “I think this is my biggest scientific contribution. And I hope there are many more to come.”