ATLANTA — With Kell Hall out of the way, construction crews are nearing completion on the first phase of the greenway, which will become Georgia State’s signature gathering space at the center of the Atlanta Campus.

The demolition of Kell Hall and the eastern half of Library Plaza began last April. Workers hauled away the last chunks of concrete in October and have since installed new façades on Langdale Hall and Arts & Humanities where the buildings once adjoined Kell Hall. Construction has also started on the lighted walkway that will soon cross through the greenspace connecting Collins Street to Peachtree Center Avenue.

Crews are expected to start building two new staircases in late February. One will connect the Courtland Street bridge to a revamped ground-level entrance to Sparks Hall, and the other will link Langdale Plaza (the remaining section of Library Plaza behind Langdale Hall) to the greenway down below. In late March, crews should begin landscaping the communal greenspace itself.

Once the northern portion of the greenway opens, work will commence on the Library North addition, which the university estimates will take about eight months and conclude in early 2021. While the new entrance is under construction, the current entrance must be closed. Although Facilities Management Services is investigating alternatives, Library North might only be accessible through Library South.

If crews complete the Library North addition on time, the rest of the greenway should open to the public by the end of the spring 2021 semester.

Check out some drawings of what the completed project will look like below. Keep scrolling to watch a time-lapse video of Kell Hall’s demolition. 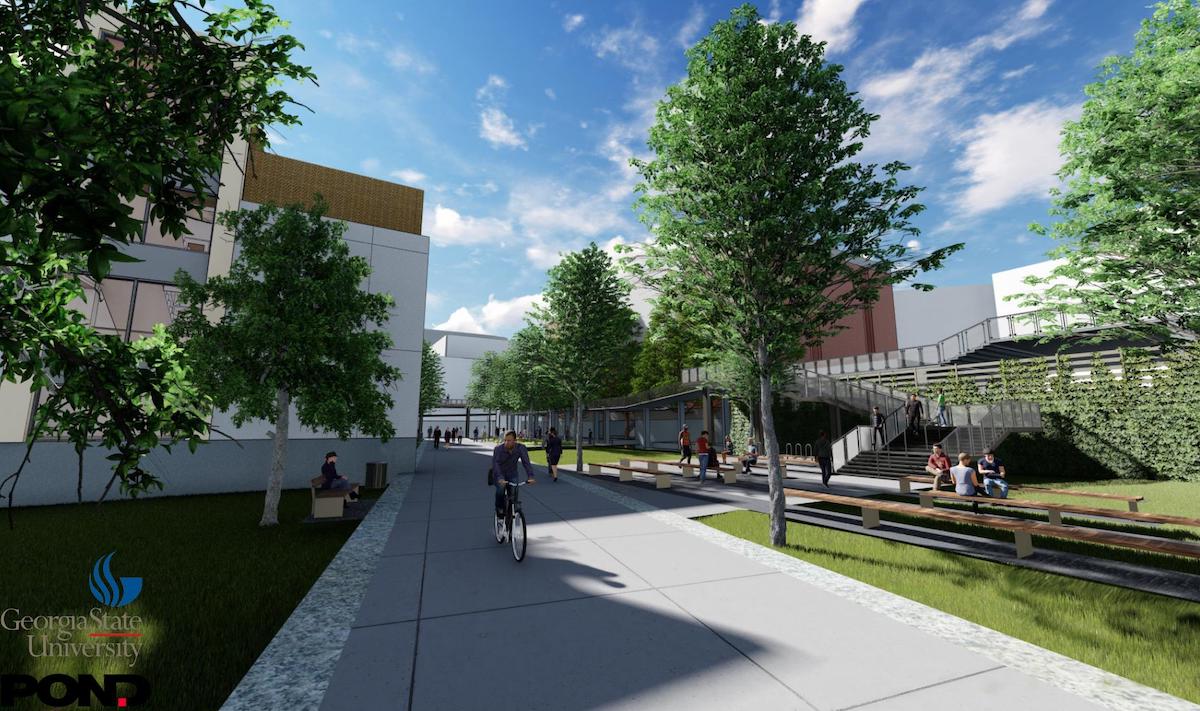 View from the northwest of the forthcoming greenway (center) surrounded by Sparks Hall (left) and stairs leading to Langdale Plaza (right). 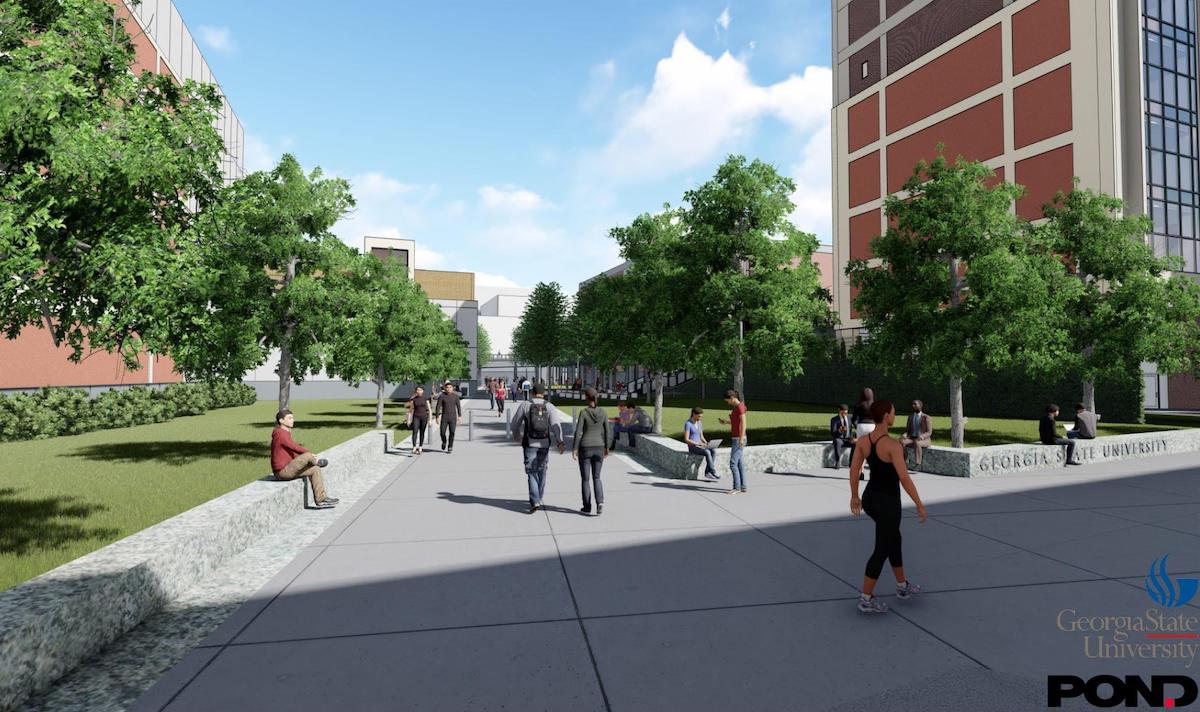 The view from Peachtree Center Avenue looking southeast toward Collins and Courtland streets with Arts & Humanities (left) and Langdale Hall (right) on either side. 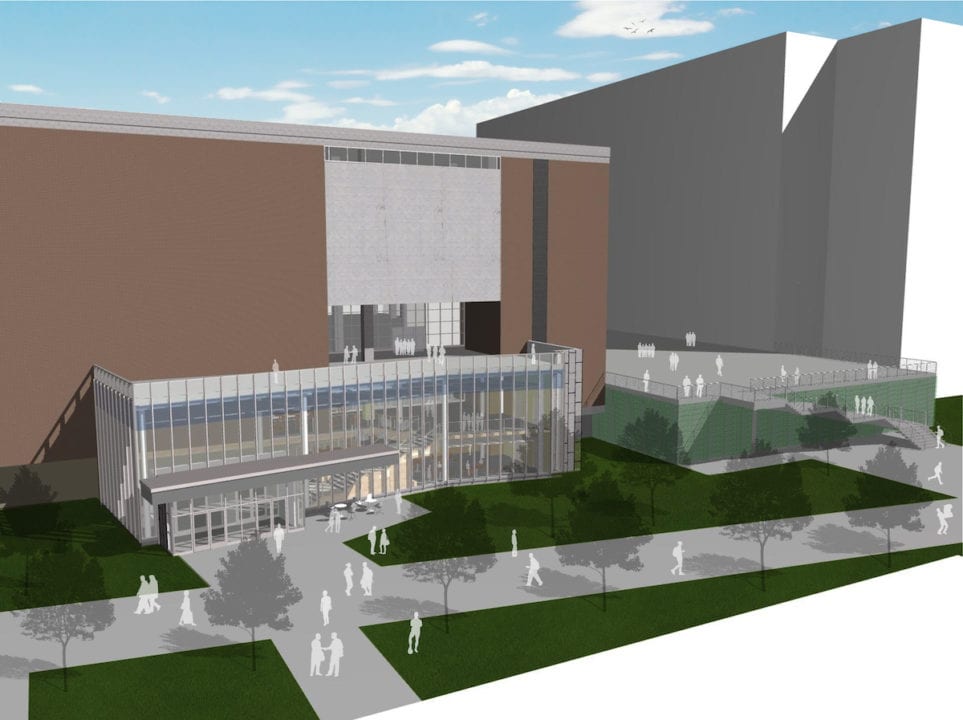 View from the northeast of the proposed Library North addition (left) next to a completed greenway with stairs leading up to Langdale Plaza (right). 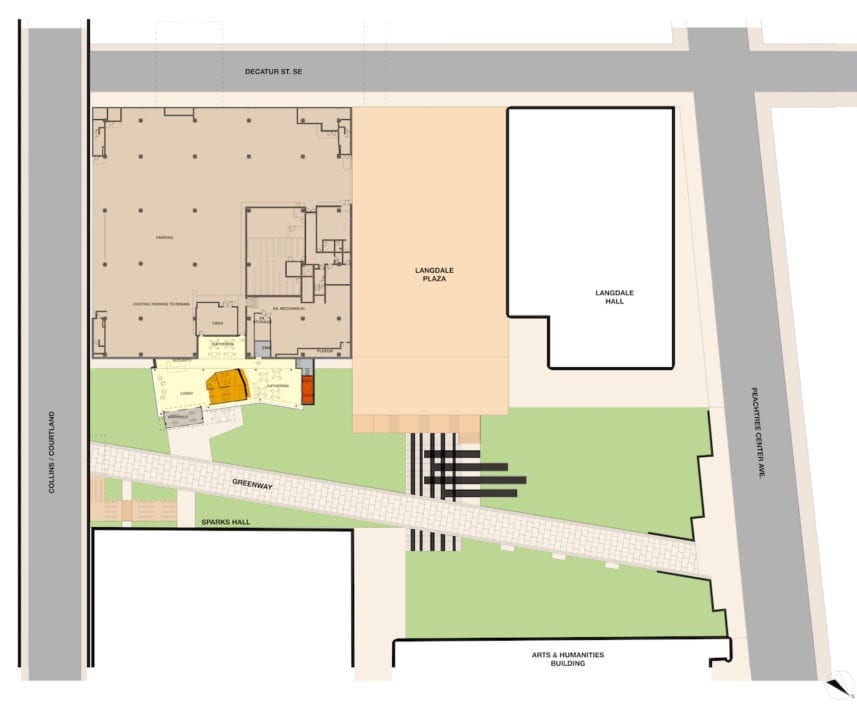 An architectural drawing of the completed greenway, featuring a lighted walkway between Collins Street and Peachtree Center Avenue (bottom center), stairs connecting Courtland Street to a ground-level entrance to Sparks Hall (lower left), an addition to Library North with a ground-level entrance (left center) and stairs leading from the greenway up to Langdale Plaza (center).