Child trafficking is pervasive. It is often perceived as a problem that only exists in other countries, but it is a significant issue in the United States.

For many years, anti-trafficking policy and programs have relied heavily on the criminal justice system, but Georgia State Law professor Jonathan Todres, and Dr. Angela Diaz, director of the Mount Sinai Adolescent Health Center, have a different idea. In their new book, “Preventing Child Trafficking: A Public Health Approach,” they advocate for using public health methodologies to forge a more comprehensive response to the problem.

Todres and Diaz wrote the book with four aims: 1) Help bring public health methodologies into mainstream discourse, 2) Highlight the role that the health care system can play in responding to child trafficking, 3) Spur the development of best practices for addressing child trafficking and other forms of child exploitation and 4) Offer a starting point for other sectors to think about how they can prevent trafficking

The book is out now through Johns Hopkins University Press. Here, Todres shares why prevention, not punishment, is the best way to protect children around the world. 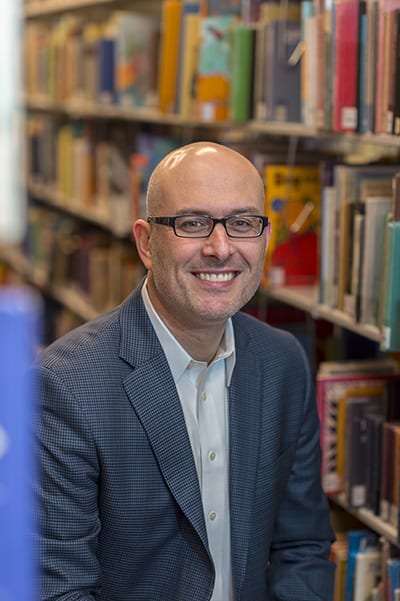 Human trafficking is like the world’s dirty little secret, but it’s not so little. How did you get into this area of the law?

I’ve been interested in human rights issues, specifically children’s rights issues, since I was a child. I learned about human trafficking when I served a Peace Corps volunteer in Thailand in the early 90s. Although I didn’t work on the issue while in Thailand (I worked on health projects for young children), I knew that I wanted to do something about trafficking in my career. Law school gave me that opportunity, and I’ve been focused on this issue since then— both in my pro bono work and in my research. Like a lot of lawyers, my entry point was thinking about how criminal law can be helpful, but I quickly moved away from that toward a prevention focus.

How do we shift public perception from this idea that people are selling their bodies for fast money to reflect the reality of vulnerable people who get caught in a violent system?

What are factors that make someone vulnerable?

There are numerous risk factors. To name just two, we know that prior history of childhood abuse—particularly sexual abuse—and homelessness, or time on the street, are significant risk factors for sex trafficking. Beyond these and other individual risk factors, we also need to understand relationship, community and societal level risk factors that heighten the vulnerability of certain young people. Public health offers valuable tools, as it relies on the socio-ecological model, which takes into account all of these levels and the interplay among them.

Yes, but many people may think it’s not in their neighborhood. It’s a problem elsewhere.

While it is true that some people are more vulnerable than others, human trafficking affects us all, and we all play a role in creating demand for this. We see trafficking in agriculture, and we all eat. We see it in the textile industry, and we all wear clothes. And as consumers, most of us want to pay less. When, in turn, businesses push to produce goods for less and less, the likelihood that someone is getting exploited in the supply chains increases.

Beyond creating awareness of the problem, we also need to develop systems in which people are empowered to choose less harmful alternatives. How do I know if trafficked labor was used to create the shirt I want to buy? We’re not in a place yet where that information is readily available, but we’re working to make it available. Arguably, more important, is that we need to put pressure on businesses to work only with suppliers who don’t use exploited labor.

What are the public health risks posed by human trafficking?

Human trafficking inflicts a breadth of harms on victims and survivors. Trafficking survivors suffer physical injuries, mental and emotional trauma, including high rates of PTSD, sexual and reproductive health harms and more. In labor trafficking, there are also environmental harms, including exposure to chemicals and carcinogens, from unsafe workplace conditions.

As the harms can be significant, survivors often need a breadth of services, including access to doctors, mental health professionals, social workers, dentists, as well as housing assistance, job training and lawyers who can advocate for them.

Your book is dedicated to the children around the world who have survived human trafficking and other forms of exploitation. What impact do you want this book to have?

We hope it will spark conversations that will lead to a change in how we address child trafficking. Most of what is happening today is aimed at addressing trafficking after the harm has occurred. We want to spur efforts to “move upstream” to more of a prevention focus. And we want to contribute to the development of a comprehensive, integrated approach to preventing child trafficking, and indeed all forms of human trafficking.