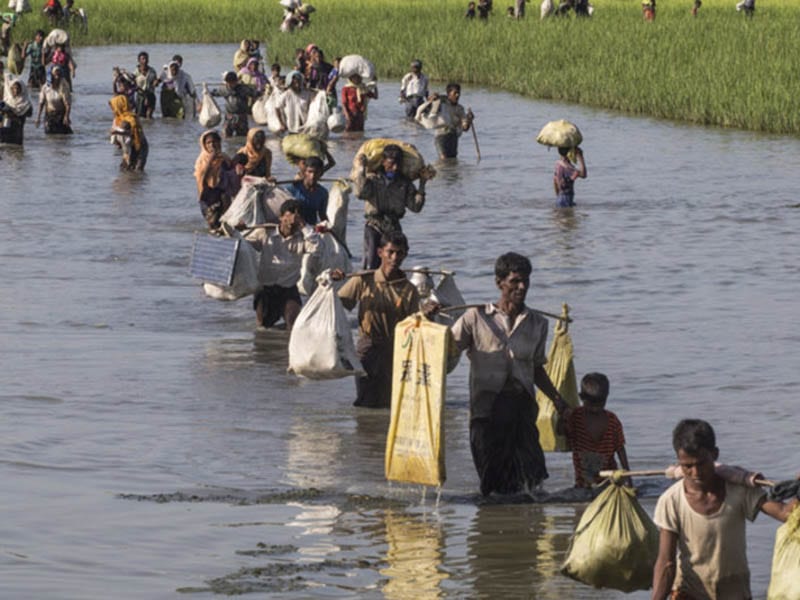 CLARKSTON, Ga.—The Rohingya refugee community and its plight is the focus of a special panel presentation, “The Rohingya Crisis,” at 2:30 p.m., Saturday, Nov. 16, at Georgia State University’s Clarkston Campus.

Panelists at the free event include Dr. Wakar Uddin, director general of the Arakan Rohingya Union and chairman of the Burmese Rohingya Association of North America; Edward Ahmet Mitchell, executive director of the Council on American-Islamic Relations (CAIR), and U.S. Rep. Hank Johnson.

The Rohingya people are an ethnic minority group indigenous to the Arakan/Rakhine state of Myanmar (formerly known as Burma.) They are described by the United Nations as one of the most persecuted ethnic groups in the world.

It is estimated that more than 500 Rohingya refugees live in Clarkston, according to the Burmese Rohingya Community of Georgia, a nonprofit organization.

“We are glad to partner with the Burmese Rohingya Community of Georgia,” said Dr. Mary Helen O’Connor, director of Perimeter College’s Center for Community Engagement. “We want to engage our students and the community to bring awareness to global issues like the Rohingya to help us all understand some of the world’s most complex problems.”

Ryan Carlin, director of Georgia State’s Center for Human Rights and Democracy, said an increase in awareness of the Rohingya issue is needed.

“Our Georgia State community and the wider Atlanta community need to understand who the Rohingya people are – historically and culturally – as well as the collective suffering they have endured for decades in Myanmar and now in refugee camps,” Carlin said. “Their inherent dignity and human rights have been rejected.”

“This crisis implicates numerous states who purportedly champion human rights, Carlin continued. “It is also important for our communities to grasp the role the United States is playing in this refugee crisis and to ponder whether we might have a moral imperative, as a nation, to do more.”

The event is at the Georgia State University Clarkston Campus, in the Marvin Cole Auditorium.