John Marshall wants people to call him before a disaster

According to Georgia State Law professor John Marshall, it’s never not disaster season. He has been on the ground in New Orleans after Hurricane Katrina, and he is currently interviewing residents of northwest Florida and southwest Georgia about the impact of Hurricane Michael. His research focuses on building resilience into ordinances and statutes so that communities have a better chance at recovery after a natural disaster.

“The biggest challenge that a community faces after a disaster is housing,” Marshall said. “If there’s a post-disaster housing crisis, you can usually see it coming because it’s signaled by a community’s struggle to provide adequate housing for its residents pre-disaster.”

This inevitably impairs community recovery. “After a disaster, large businesses often struggle to attract employees, and small family-owned businesses may be forced to operate away from their customer base,” he said. “If communities are mindful of creating inclusive housing options (low, middle and upper income) that would go a long way in helping them bounce back.” 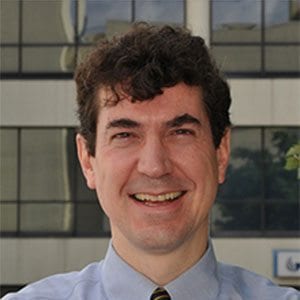 Marshall started his career practicing real estate, environmental and land-use law, and says he never intended to work in this area. His exposure to the impact of laws on communities came from his parents, who were deeply invested in urban planning and activism. As a child he vividly recalls family discussions in which his dad, an architect, and his mom, a coastal planner, talked about working with communities to solve development challenges.

“The grammar and vocabulary from my dining room table at home was community context, design and urban fabric, as opposed to summary judgment, motion to dismiss, and depositions, so my law career has been about fusing those worlds,” he said.

Marshall earned his law degree from the University of Florida and worked at a land-use and real estate law firm in Tampa for 10 years. He changed trajectory after Hurricane Katrina hit the Gulf Coast in 2005. An opportunity opened to work with the New Orleans Redevelopment Authority, which was tasked with helping residents get back home and reviving commercial real estate in the Crescent City.

“Law school in the ’90s didn’t force you to think about race, class and culture and the law, and neither does big law firm practice,” Marshall said. “Working with New Orleans residents, I realized that their frustrations were about more than brick and mortar, it was about the pride they took in homeownership, issues of disparity and their lived experience.”

While he was in New Orleans, he worked with law students from Howard University who volunteered in the city during their spring and summer breaks. Forming relationships with those students inspired him to return to the classroom, because he saw a need for the ability to read and interpret laws, draft ordinances and conduct depositions for community recovery.

He went on to work at Yale Law School, and was drawn to Georgia State Law in 2013 after learning about the Center for the Comparative Study of Metropolitan Growth, where scholars research major issues facing global cities.

“We are training the future commissioners, state department heads, governors, senators, representatives, nonprofit heads, business owners—all of whom will spend some slice of their future on these issues,” he said.

Marshall teaches land use and environmental law courses, and is writing a chapter in an American Bar Association handbook, addressing what local governments can do now to build resilience into their cities. His hope is that smart legislation ahead of wildfires, hurricanes, mudslides and other natural disasters can help communities recover more quickly afterward.

“Disasters make communities less equitable, so we should be crafting institutions that help us bounce back better after a natural disaster event,” Marshall said. “No disaster is the same, because every community is different, so you’re always learning. That’s what the law is– a life of learning.”