It’s hard to find a part of Georgia State University’s downtown campus that Catherine Henson (J.D. ’89) hasn’t touched. This is especially true of the College of Law, where she serves on the board of visitors, named the atrium, and endowed a professorship and scholarship.

Henson’s relationship with Georgia State began in 1984 when she started classes in the then new law school. She had a six-month-old son and wanted a part-time program with a flexible course schedule. The College of Law turned out to be exactly what she needed. She still fondly recalls taking employment law with Mary Radford and legal writing and advocacy with Patrick Wiseman—both retiring soon.

“The professors I had cared about students,” said Henson. “Mary Radford and I were probably around the same age, but I took several of her classes. I practiced ERISA law because she taught employee benefits, and 30 years later we still have a relationship. That’s what I like about this law school.”

After graduation, Henson practiced tax law, but found that the hours weren’t conducive to motherhood. It was during this time that she got involved with the PTA, which eventually led to serving on the State Board of Education under Governor Roy Barnes. She also co-founded the Georgia School Council Institute, a non-partisan organization of oversight boards assigned to every school in the state. She faced resistance to the school councils—something she describes as an eye-opening experience.

“It was my first education in how politics and policy don’t always align,” said Henson. “If it’s good policy and bad politics, it may not happen. It’s hard to affect change because of politics.” 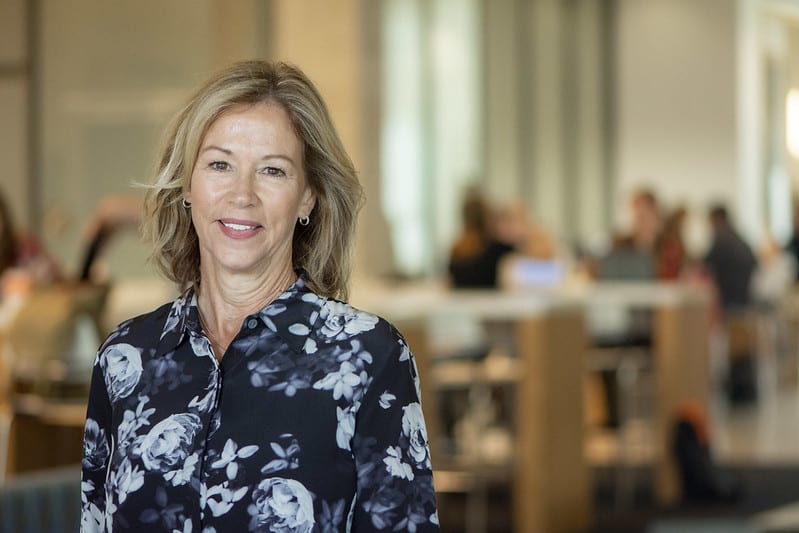 When her husband passed, she turned her attention to higher education. Growing up in Rhinebeck, N.Y. Henson knew that testing into gifted classes in a middle-class suburb made a positive impact on her school experience. This ignited her passion to ensure that all children were afforded the chance to succeed.

“If you don’t get what you need in K-12, succeeding in higher education is difficult,” said Henson. “Higher education can put pressure on K-12 education. We blame teachers, but higher ed trains these teachers.”

In the early 2000’s, Georgia State University was expanding and making efforts to close the achievement gap. The College of Law approached her about making a challenge grant to raise $50,000 and the rest is history. In addition to various areas in the College of Law, the athletic practice facility is named in her honor.

“In all that Ms. Henson does for the law school and our community, she demonstrates so many virtues that we hope that our law students and graduates will exemplify in their lives: integrity, professionalism, strategic vision, civic-mindedness, and dedication to justice,” said Charity Scott, the current Catherine C. Henson Professor of Law.

“From the first time we connected through WomenLead [a leadership development program for women in the College of Business], I knew Ms. Henson cared genuinely about my success in life, not only academics,” said Moore. “She took the time to get to know me and understand why I want this so badly. Ms. Henson always shows up for me, and means the most.”

Henson says she wants to see more alumni get involved with the university and the surrounding community.

“Often, we are leveling the playing field for students who have lived a life of income inequality,” she said. “Institutions like Georgia State have earned the right to be supported by its alumni, because they are educating students that might not otherwise get a law degree.”