Banished from his native Venezuela in 2016 for protesting dictatorship and defending political prisoners, Sandoval fled to Toronto.

He knew about Georgia State University from political science professor Jennifer McCoy, who was the director of the Carter Center’s Americas Program in Venezuela in the early 2000s. McCoy made a name for herself in Venezuela at the time trying to bring about democratic elections in the country. She was giving a lecture in Caracas, so he reached out to her, explained his desire to pursue a Ph.D. in political science and the rest is history.

Sandoval relocated to Atlanta to earn a Ph.D. in political science at Georgia State and later decided to pursue a dual degree through the LL.M. program. The LL.M. bar track trains lawyers educated in other countries to take the bar exam and practice law in Georgia. Sandoval had worked as a corporate attorney, negotiating trade deals in Venezuela before getting involved in human rights issues and thought he might continue that path in the U.S.

However, life had other plans. Just before spring graduation, Venezuela’s new interim government, led by President Juan Guaidò, asked him to serve as Venezuela’s ambassador to Honduras. Guaidò challenged the legitimacy of Nicolas Maduro’s 2018 election, claiming that it was not democratic and valid since only a few people voted. Guaidò led the effort to depose Maduro and proclaimed himself leader of the social-democratic Popular Will party. He was recognized in January 2019 by the U.S. and 60 other countries as Venezuela’s president. However, Maduro has not vacated his position.

As for Sandoval’s role, relations between Honduras and Venezuela are mission critical because thousands of Venezuelan migrants pass through there and efforts to stop the transport of drugs between the two countries into the United States. Here, Sandoval talks about his journey to diplomacy and how he’s settling in to the new position. 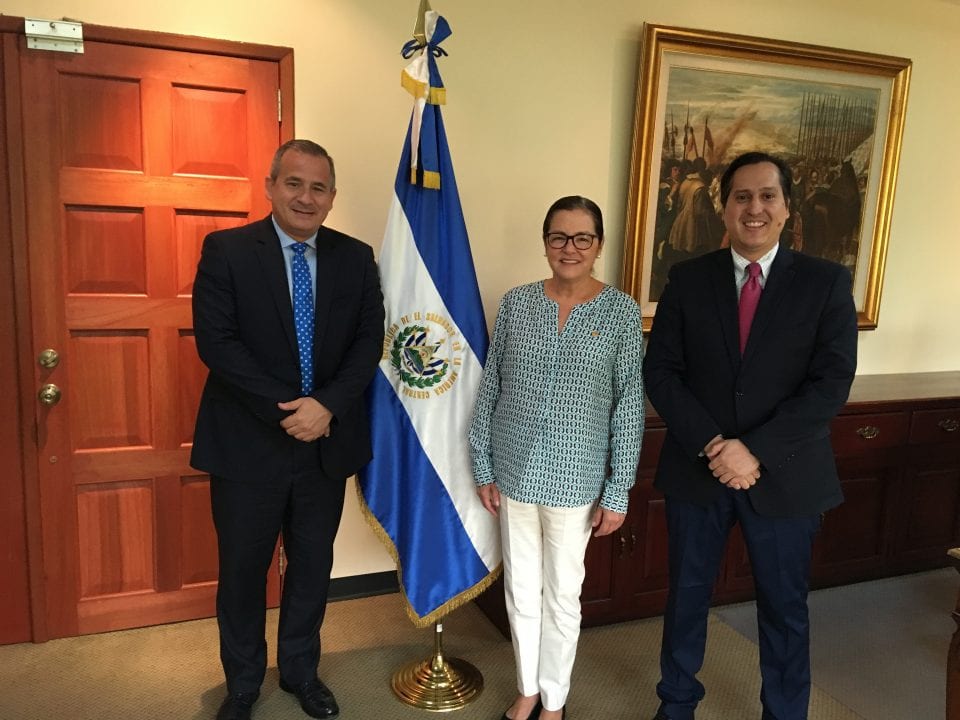 Sandoval with the officials in El Salvador.

How did your education at Georgia State Law prepare you for what you are doing now?

I learned in political science about democratic transitions, how dictators behave, how regime changes work and how you can bring back democracy to a country.

The law school helped me organize and present my ideas better. There is a difference between lawyers trained under common law [in the U.S., which is based on judicial precedent], and lawyers like me trained under the European civil law tradition [where case outcomes are determined by legal codes and statutes]. I appreciate getting that training in common law, because now I can make my cases better.

How did you research Honduran culture in order to be an effective ambassador?

Fortunately, living in Atlanta there are a lot of Latinos, and my involvement in the Buford Highway area was the start [of getting to know other Latin American cultures]. I was able to interact with people from different parts of Latin America, especially with Honduran people, so I already knew about their situation. 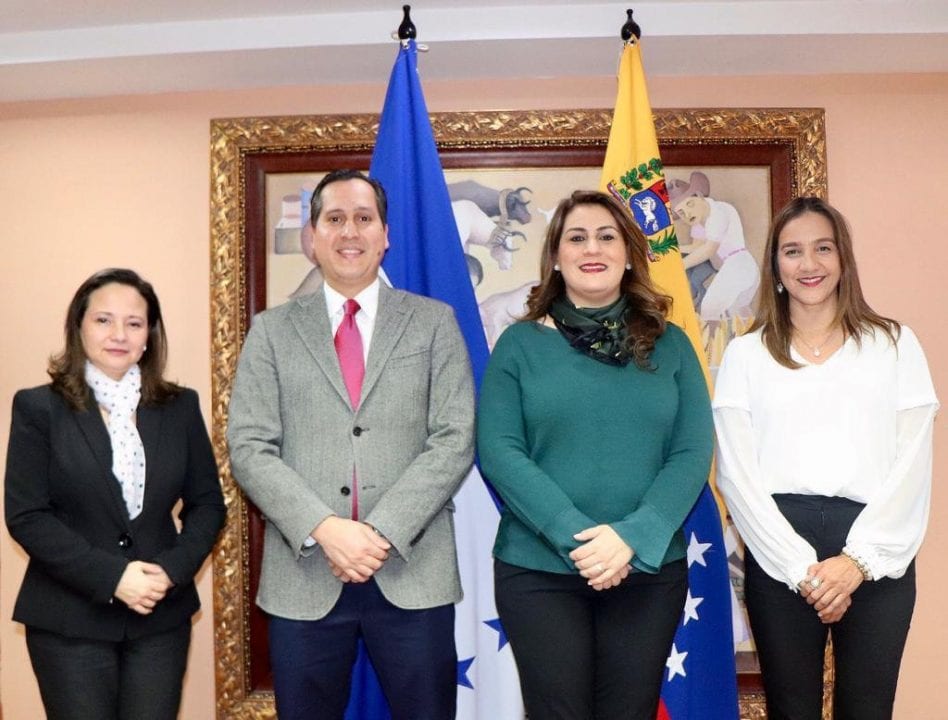 Sandoval with the Honduran Minister of Foreign Affairs and other officials.

What are some of your priorities as the Venezuelan ambassador to Honduras?

It’s complicated. I am dealing with migration issues, trafficking issues and corruption issues. As an ambassador, I try to help lower those rates, especially the drug trafficking.

Honduras is the main bridge for drugs sent from Colombia and Venezuela into the United States. We are trying to create obstacles to those organized crime networks. We are putting programs in place to bring police trained by the DEA and police forces in Germany and Spain [since they are some of the best in the world] to develop strategies to stop the cartels. I also meet with other ambassadors and government officials.

Is your safety at risk?

Yes, that’s the most complicated issue. The drug traffickers are not happy that I am helping Venezuela and putting obstacles to their operation. I have to take care of myself and be cautious all the time. But, when I think about the higher cause of trying to free a nation, I get stronger.

What does success look like for you in your position?

In my role in Honduras, I try to represent my government the best way possible and keep the alliance of the Honduran government with President Guaidò. One-third of Venezuelans have left the country—by year’s end we’ll have almost six million Venezuelans who are refugees and migrants all around the world—so one of my goals is to organize the diaspora in Honduras so that they can be more successful in their new home and eventually return to Venezuela if they so choose.