ATLANTA—Thirteen Georgia police chiefs and command staff, two sheriffs, a Georgia Bureau of Investigation inspector and executives from the Georgia State Patrol, Stone Mountain Park and the Georgia Command College have returned from Israel after an intensive two weeks of public safety leadership training with the country’s top police executives.

They made up a 21-member delegation of senior law enforcement officials from Georgia, Tennessee and North Carolina who participated in the Georgia International Law Enforcement Exchange’s (GILEE) 27th annual peer-to-peer training program in partnership with Israel. While there, they were shown best practices and the latest technologies in policing and public safety.

Community policing, “a policy and a strategy aimed at achieving more effective and efficient crime control, reduced fear of crime, improved quality of life, improved police services and police legitimacy, through a proactive reliance on community resources that seeks to change crime-causing conditions,” was the focus again this year.

Community policing assumes a need for greater accountability of police, a greater public share in decision-making and a greater concern for civil rights and liberties, according to Robbie Friedmann, who formulated the definition. A professor emeritus at Georgia State University and GILEE’s founding director, he led this year’s delegation.

More than 770 public safety officials—most from Georgia—have participated in the program in Israel. Nearly 35,000 have attended additional GILEE trainings, briefings, seminars and workshops in Georgia and around the world.

“Our GILEE delegates return with new ways of developing, collaborating on and using strategies to minimize the production of crime and terrorism,” said GILEE executive director Steve Heaton. “In GILEE’s 27 years, many of these graduates have gone on to serve in key leadership roles in Georgia and beyond.”

GILEE is a research unit within Georgia State’s Andrew Young School of Policy Studies. It enhances public safety by nurturing existing and new partnerships within and across public agencies and the private sector. It has received multiple awards and honors, including the Special Service Award from the Georgia Association of Chiefs of Police and the Georgia Governor’s Public Safety Award. 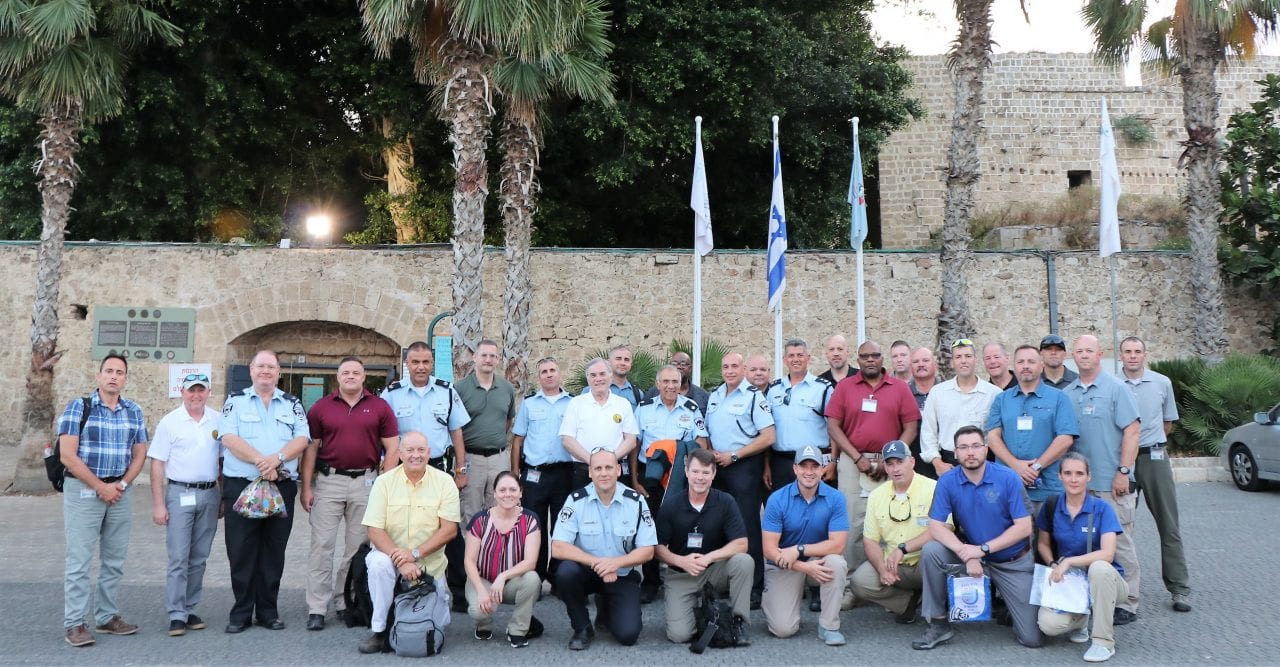 “I believe GILEE offers one of the best leadership development training programs globally,” said Donald De Lucca, a three-time police chief and past president of the International Association of Chiefs of Police (IACP), in a recent letter to GILEE. “The inside look and hands-on learning provides executives with a broader view of some of the best practices available to the police profession.”

In fact, several U.S. and international professional policing associations and academic institutions have written this year in support of the many contributions GILEE has made to the field’s professional development. Learn more about the Georgia International Law Enforcement Exchange at gilee.gsu.edu.