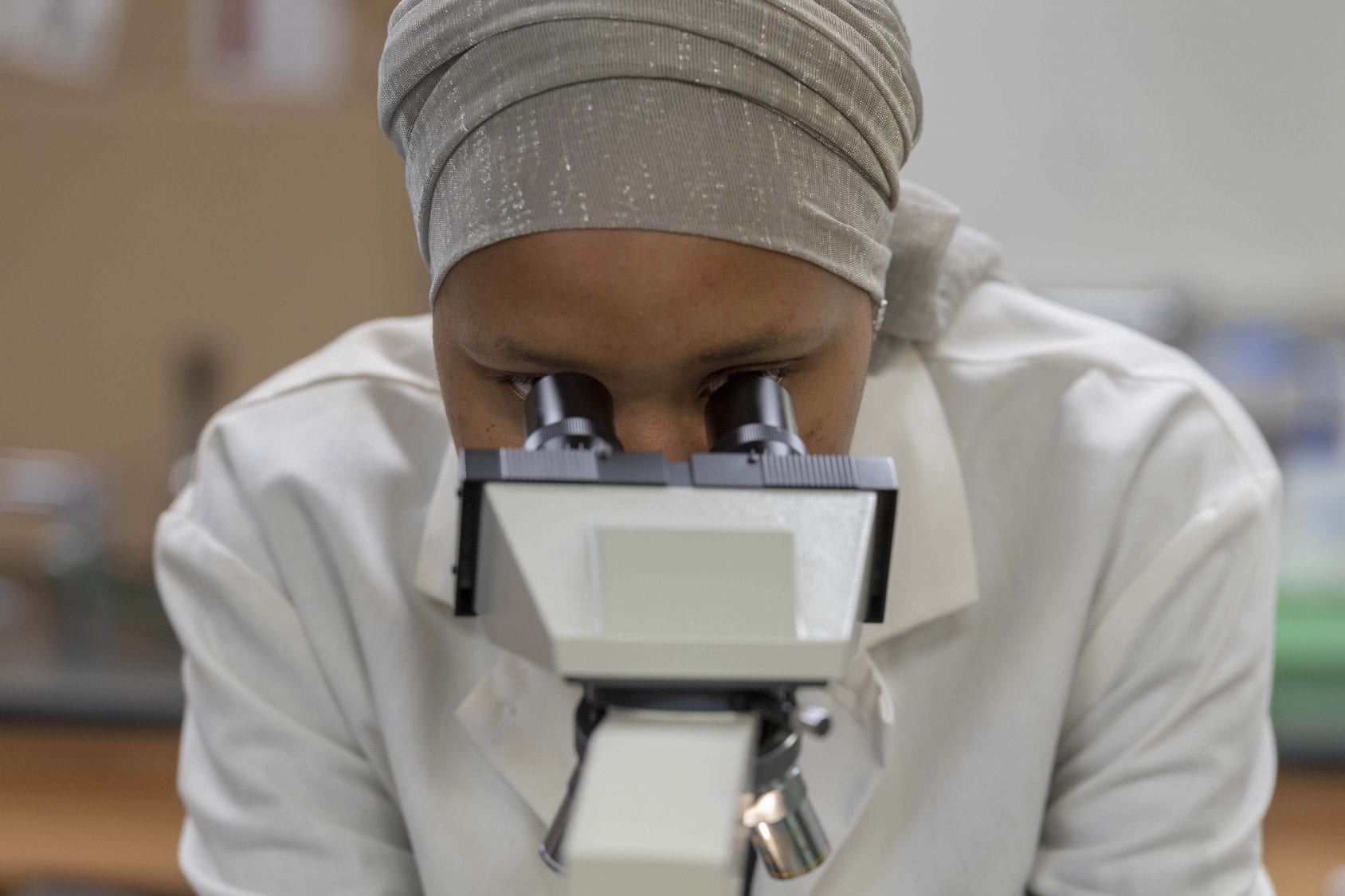 If you’re looking to buy a water purifier, you may want to check with a team of students at Georgia State University’s Perimeter College as you make your choice.

The students and their faculty adviser spent several weeks researching the effectiveness of three commercial water filter pitchers, alongside a homemade one they created using a variety of ingredients that included charcoal, sand, gravel and rice.

The experience was enough to prompt Perimeter student Erica Browne, who’s studying geology, to think about how research might play a role in her career.

“For me, it was a wake-up call,” Browne said about the opportunity to participate in the intensive Summer Bridge research program at Georgia State’s Clarkston Campus.

“It’s my first time working in a lab, and I really like it.”

This type of response pleases faculty advisers like Dr. Vivian Mativo, who supervised Browne and three other Perimeter students — Sheniesa Whitton, Leonce Diffo and Andrea Green — through their exploration.

“The purpose of the program is to show people what science is like and to pique their interest,” said Mativo, a chemistry instructor. “It’s like getting your feet wet” in the research world, she said.

Summer Bridge is funded by the National Science Foundation’s Peach State Louis Stokes Alliance for Minority Participation (LSAMP) program. Four groups of students worked in faculty-guided teams to understand the scientific methods used by researchers to solve problems. They were instructed in how to collect, analyze and interpret data, then present their findings. At Perimeter, the program is led by biology professor Margaret Major.

“This is a unique research program that most two-year college students do not get a chance to experience,” Major said. “The major goal of the program is to help LSAMP scholars understand the role of research and how it can be used to advance their academic careers.”

Before testing the four filters, Mativo’s student researchers contaminated water with metals such as cadmium, lead and chromium. They found their homemade device performed better than two of the three commercial ones in terms of its purification ability to pull metals out of the water.

This fascinated Green, who is wrapping up her two-year engineering studies at Perimeter. Beyond the intense learning and research that took place, Green says her group enjoyed getting to know each other and work as a team as they studied microbes and water filters.

“I couldn’t have asked for a better group,” Green said. “Our instructors were really phenomenal.”

Graves says the Summer Bridge program provides invaluable experiences for students — whether they intend to perform research in their professional careers or not.

“It’s a good opportunity, because they don’t get to do a lot of research otherwise,” he said of Perimeter College students. The program allows students the time to apply what they learn about basic research, he said.

“It’s been what I expected and more,” she said.