Neuroscience Student Overcomes Depression, Works To Help Others
Use Scan QR Code to copy link and share it

Antoinette Charles had been keeping a painful secret.

Though she was excelling in her undergrad studies as a neuroscience major and an Honors College student with a perfect 4.0 G.P.A., she was suffering from deep depression. The only thing she knew that helped was losing herself in her studies and community service projects.

“I’ve gone through periods where I was very sad, depressed and overwhelmed by family life and situational stuff,” said Charles. “Being a first-generation student can be very difficult, helping with family needs.”

Her parents moved to the United States from Haiti before she was born and then divorced when she was 13. After that, her mother supported Charles and her younger brother, Richard, while her father, who suffered from mental illness, moved to Florida and essentially disappeared. They suspect he is homeless. Things got worse when her mom lost her home and ended up living in a motel. Meanwhile, Charles was living in a dorm on campus and representing the university at national research conferences. 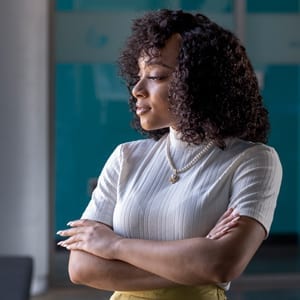 “Just because I was OK in school and life, it still hurt so much to know that my mother was suffering,” Charles said. “It’s hard to know how to cope.”

She threw herself into getting help, drawing on campus programs to help her learn about meditation and mindfulness.

Coping with her parents’ issues also inspired her to get involved with a student organization that provides homeless women in Atlanta with sanitary napkins and other necessities. She has also travelled to Honduras and Nicaragua to help provide healthcare in poor communities through a student organization she helped found called Global Brigades.

Charles will work as a research assistant at the National Institutes of Mental Health with plans to attend medical school. Eventually, she wants to move to Haiti to start a nonprofit organization focused on building sustainable, healthy communities.

“My struggle with depression has been a huge motivational factor for me to strive, not for perfection, but to be the best version of myself that I can be,” she said.