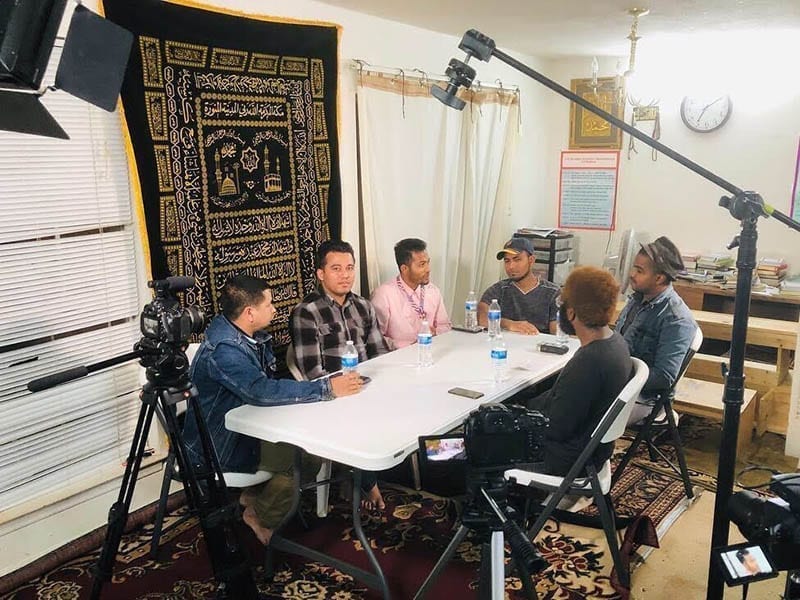 CLARKSTON, Ga.–What does home mean when you have been forced out of your native land and are now considered a refugee?

That’s just one question posed by 12 Georgia State University media students to Clarkston community members affected by the global migration crisis. The answers became the program, “Defining Home: A Night of Migration Films and Conversations,” which will premiere Sunday, May 5, 6-9:30 p.m., at the Clarkston Community Center, 3701 College Ave., Clarkston.

Kpor Shee, a 2018 Perimeter College alumna who is a member of the Burmese Karen community, spoke about her experience coming to the United States — and then going back “with camera in hand” to her native country for the first time after she and her family fled the civil war. Shee and her family stayed in a refugee camp in Thailand before being selected for resettlement to the United States when she was 15 years old.

Shee documented her return trip to her native country for one of the films.

“For me, home is a place where you stay and have freedom to be whatever you want and not be afraid of other people,” she said.

For Habo Alo, a Kurdish migrant from Syria, and a Perimeter College student, “home” is a place where you can make connections and friends.

“I wanted to make the film for people so they can know who the Kurds are and how they have been under the dictatorship rule in the Middle East,” he said. “We also wanted the people to know how important it is for us and every refugee to make friends and connections in the new country.”

Making the film was a humbling experience for Joshua Cleveland, a Perimeter College alumnus who now studies film on Georgia State’s Atlanta Campus.

“The biggest thing that I learned was patience, listening more intently, asking a lot of questions, being willing to understand, even if it takes me out of my comfort zone and being OK with looking really dumb sometimes,” he said. “I think what audiences can expect is a film that can really make you re-evaluate what having a ‘regular’ life means.”

The idea for the project came about when Dr. Mary Helen O’Connor, director of Georgia State’s Center for Community Engagement, and Niklas Vollmer, a film professor on the Atlanta Campus, partnered to create a project embedding film students from his Community-based Media Class with Clarkston community members interested in collaborating on a film project.

“Defining Home: A Night of Migration Films and Conversations” is a benefit to support the Clarkston Rohingya community and the STEAM-Plus Summer Campus for children in the Clarkston community. There is a $5 requested donation at the door, but no one will be turned away for lack of payment.

The program is co-hosted by the Clarkston Community Center, Georgia State University’s Mobile Studios and The Center for Community Engagement on Clarkston Campus.

For information, contact Niklas Vollmer at niklas@gsu.edu or Mary Helen O’Connor at moconnor10@gsu.edu