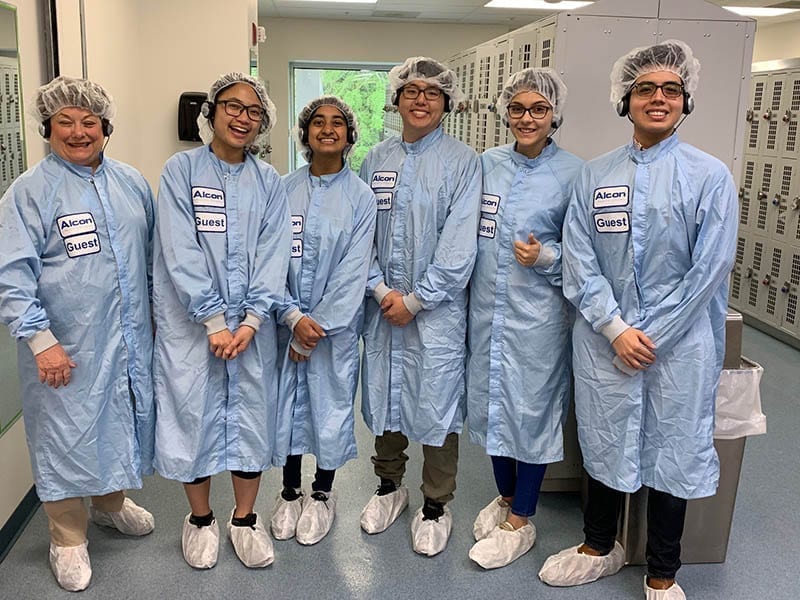 ALPHARETTA, Ga.—Dr. Lizann Gibson encounters countless students who are a bit fuzzy about the direction for their career pursuits.

So in 2015, Gibson, supervisor of the Perimeter College Learning and Tutoring Center at Georgia State University’s Alpharetta Campus, and Cheryl Sessoms, Alpharetta Campus academic advisor, set out to help those students needing a little focus. They cofounded the STEM Career Club with a two-fold purpose:

“I would see students who were excited just to be in college but had no direction,” Gibson said. “Cheryl would then see those same students change their academic pathways every semester, thus taking courses they did not need, building debt, getting demoralized and dropping out.”

“From research and my previous background, we decided they needed to have firsthand knowledge and hands-on exposure to real occupations in the academic pathways they have chosen in order to keep them interested, excited and focused to complete their associate degree,” she said.

The timing for an organization like this couldn’t be better, according to Gibson, a member of the North Fulton Chamber of Commerce and the Alpharetta Rotary Club.

“A study done in 2014 indicated that by 2020 there would be 200,000 high-tech jobs unfilled in North Fulton County, as there are not enough qualified students in the Georgia college pipeline to fill them,” she said.

More than 100 Alpharetta Campus students have participated in the site visits and networking events this semester. Some even have benefitted from internships at Northside Hospital and an aeronautical research firm, while others have participated in mentorship and job shadowing activities. In addition to Northside Hospital, additional STEM Career Club business partners include Alcon Laboratories, Coca-Cola, Hi-Rez, Sleep Clinic and Kaiser Permanente.

Vibha Murthy is a Perimeter College dual enrollment student at Alpharetta and president of the STEM Career Club. In May, the 17-year-old biology student will graduate with both her high school diploma and an associate degree.

Murthy, who became involved in STEM Career Club a year ago, has participated in six site visits. Her favorite visit, which was to a Kaiser Permanente health care facility, solidified her decision to pursue a career in medicine.

“It’s really important for students to find out what they’re interested in studying,” Murthy said.

“I was amazed at their production capacity,” Dalmia said.

While there is not yet definite data about retention rate improvements, Gibson says anecdotally she and Sessoms know that students are graduating and transferring to places like Georgia State’s Atlanta Campus, Georgia Tech and Kennesaw State to continue studying computer science, engineering and health care.

Since 2015, STEM Career Club has facilitated 14 site visits. Gibson’s goal is to provide an even greater amount of this type exposure that she hopes will lead to more student internships, job shadowing and mentoring opportunities.

“I believe all students need to ‘test drive’ a career,” Gibson said. “students need hands-on job shadowing and internship experiences to really be able to decide what career pathway they will want to take. These experiences can streamline and focus their time at Perimeter so they can graduate, move on to either join the workforce or get their bachelor’s degree.”