Asia Johnson, a second year Ph.D. student in the Translational Biomedical Sciences program, is racing toward her mission to improve human health.

Curious by nature, Asia Johnson was finishing up her bachelor’s degree in neuroscience at Georgia State when she started looking for graduate programs that would allow her to delve deeper into the life sciences and learn more about the human body. 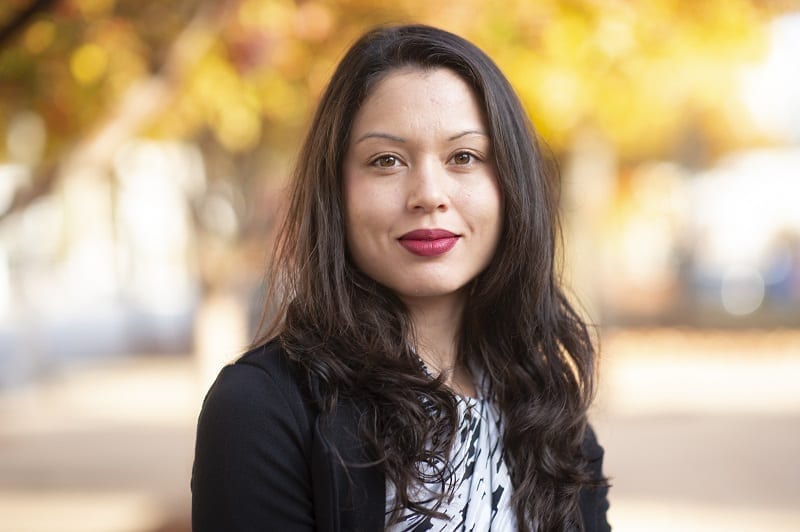 She was attracted to the new Ph.D. in translational biomedical sciences program offered by the Institute for Biomedical Sciences because of the research opportunities available in a range of areas, such as infectious disease, immunology, cancer biology and translational medicine. She’s now in her second year of the program.

“I ultimately want to help human health in some way or another,” Johnson said, “to figure out something that makes people better.”

Johnson is working in a faculty mentor’s lab that is focused on immunology, the study of the immune system. She has been learning about the complicated relationship between immunology and the gut.

She’s fascinated by inflammatory bowel disease (IBD), a group of conditions that involve chronic inflammation of the digestive tract. Crohn’s disease and ulcerative colitis, the primary types of IBD, are on the rise across the globe, and Johnson wants to know why. Scientists believe diet, genetics and stress could play a role, but IBD is also an autoimmune disease.

“This is a disease where your body is attacking itself,” Johnson said. “We’re trying to understand why this disease is on the rise and how to stop it. The body isn’t doing what it’s supposed to do. I want to figure out what’s going on.”

Johnson’s desire to help people already led her to complete bachelor’s degrees in psychology and sociology a few years earlier at Georgia State. She eventually decided to pursue the hard sciences after a physics class sparked her interest in quantum mechanics, numbers and equations. This coursework led to her curiosity in neuroscience and the life sciences.

It’s essential for people to be interested in science, especially women, Johnson said. The majority of the students who began the Ph.D. program with her are women, though the lab she works in is mostly male.

Johnson is still deciding the specific career path that she wants to follow. Initially, she was focused on landing a job at the Centers for Disease Control and Prevention, but the Ph.D. program’s emphasis on professional development has opened her eyes to many new career opportunities.

“Through our classes and meeting people in the industry, which is something you don’t usually get much exposure to or hear much about as a basic scientist, I’ve realized there are a lot of options in industry,” Johnson said. “We’ve also had to complete a career development profile, and given our skill set and interests, it has helped to show other options and careers we should check out. So, I’m still exploring a lot of those.” 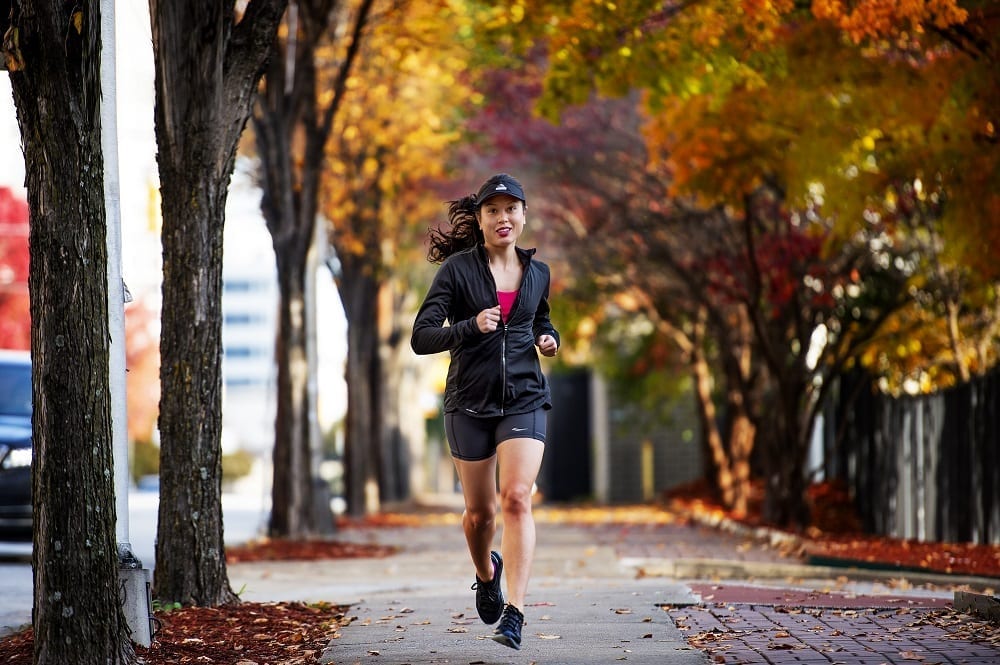 The program is also teaching her the business side of science, which isn’t covered by many traditional graduate programs. The curriculum for the Ph.D. program exposes students to business and law courses so they will understand how to commercialize their scientific discoveries.

“In a traditional program, graduates suddenly have to figure out how business works,” Johnson said. “If you haven’t been exposed to that, it’s not a very smooth transition. So, they’re trying to get us ready for both.”

When she’s not in the classroom or lab, Johnson spends most of her spare time running. A devoted runner since her days on her high school track team in Newnan, Ga., Johnson finds the activity is a great stress reliever from the rigors of her studies. She’s an ultramarathon runner, meaning she runs distances longer than the traditional 26.2 mile marathon.

To train, she runs four to five days a week and does strength training for three to four days. Committed to physical fitness, she also rides her bicycle to Georgia State’s Atlanta Campus.

For over a decade, she has competed in ultramarathon races across the U.S. for the Ragnar Trail Relays, which are long distance, overnight running relay races for teams in scenic locations. The races have taken her to the Florida Keys, Tennessee, New York, Utah, Pennsylvania and Virginia Beach. The relay teams usually have six to 12 runners, who each run three legs of the race.

“The total distance varies among runners, and I’ll usually end up taking the spot with the longest distance. Generally, if someone gets hurt, I’m picking up their leg. I feel accomplished when I finish,” Johnson said. “I wasn’t particularly good at track in high school. I’m not good at sprinting. I kind of figured out the longer the race gets, the better I do, at least in terms of placement.”

On these “runcations,” Johnson loves to be a tourist and go sight-seeing after her races. In the next few years, she’s hoping to run the Machu Picchu Marathon in Peru — one of her biggest running challenges yet.