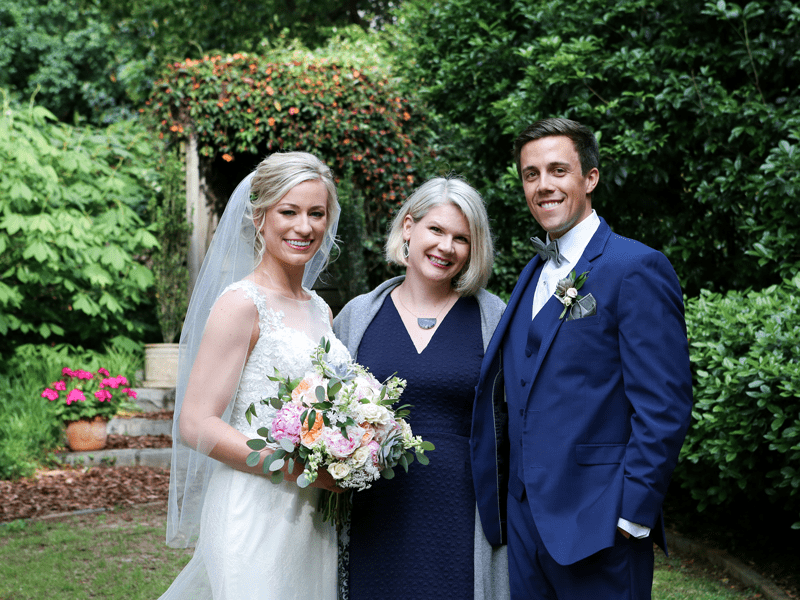 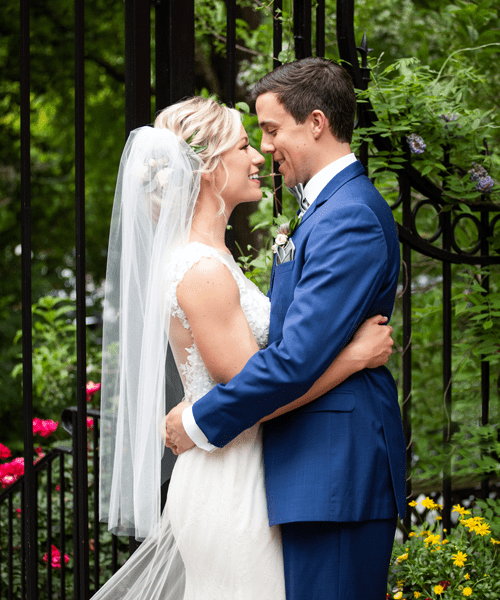 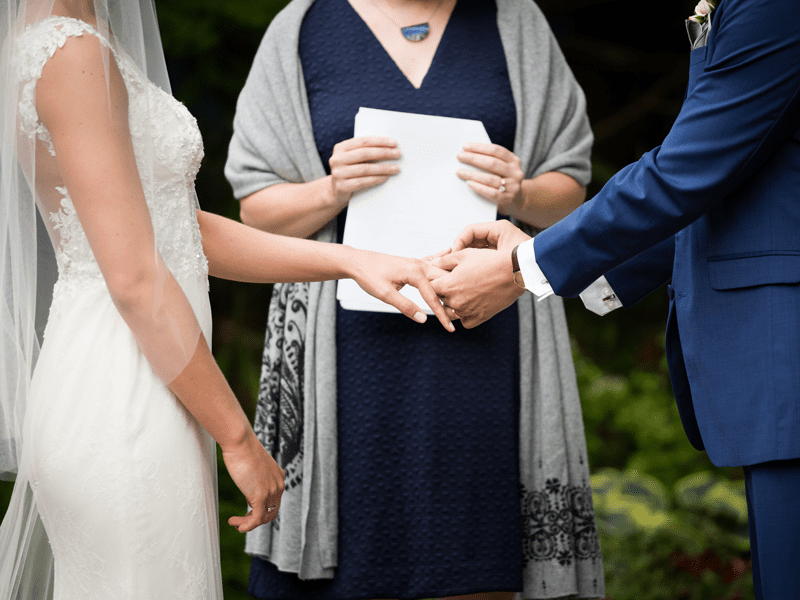 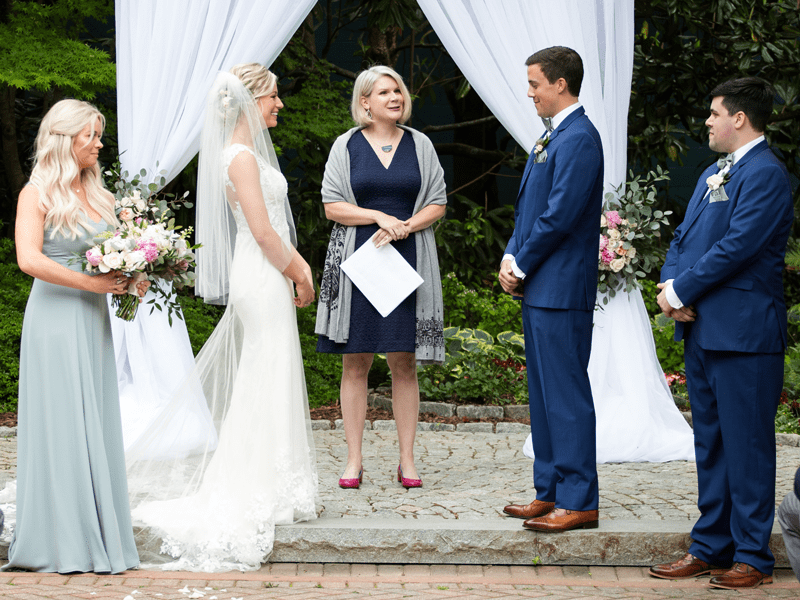 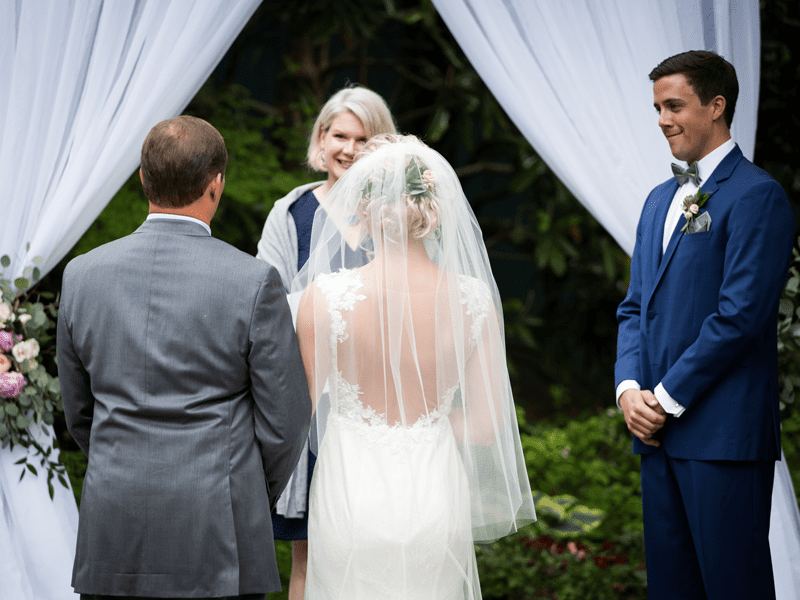 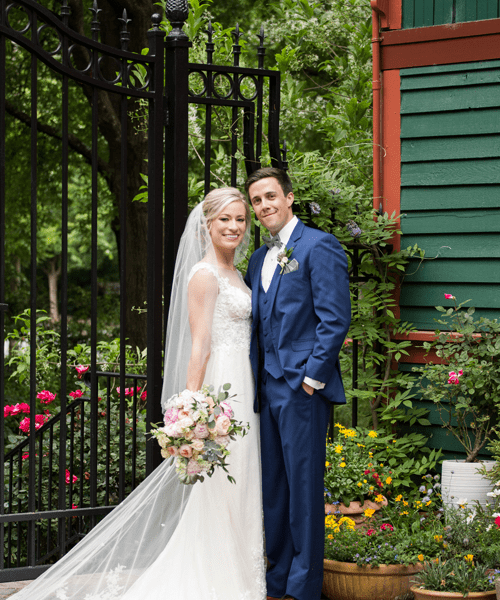 Whether you’re starting Kindergarten or starting graduate school, for many people, the first day of school can seem intimidating. It’s the beginning of a new chapter as well as a new environment. Students often feel an array of emotions, ranging from excitement to nervousness.

The same can be said for meeting someone who makes your heart skip a beat. Little did Kristin Roquemore (J.D. ’15) and Trent Duke (J.D. ’15) know that on their first day of law school orientation, they would experience both.

It had been a hectic morning for Roquemore. She lived in Buckhead and her car had broken down, so one of her friends offered to drop her off at the Orientation. Afterward, at the reception, she and Duke struck up a conversation. After hearing about her car trouble, he offered to take her home.

On the way, they decided to stop at The Vortex in Midtown for a drink. They ended up talking and playing trivia for nearly five hours. From then on, the two were inseparable. They often ate lunch together and met in between classes.

“We also realized we were great study partners, so we tried to take as many classes together as we could,” Duke said.

On May 5, 2018, (nearly six years after meeting in Orientation), Roquemore and Duke exchanged wedding vows at The Trolley Barn in Inman Park – and Associate Dean for Student Affairs Kelly Cahill Timmons officiated.

“We both wanted someone who knew us, and who knew our story, to marry us,” Roquemore said. “Dean Timmons witnessed our relationship from the beginning.”

Timmons became ordained online so she could honor their request.

“To be present as Trent and Kristin said their vows to each other, and to introduce them for the first time as Mr. and Mrs. Trent and Kristin Duke, meant more to me than I can put into words,” Timmons said. “It was an incredible honor.”

Timmons added that she enjoyed watching Kristin and Trent grow as individuals and as a couple throughout law school, in part because it reminded her of her own love story. “My husband and I also started dating early in our first semester of law school,” she said. “Both during law school and after their graduation, I would run into Kristin and Trent at festivals around the city. They met my husband and kids; I met their dogs.”

Now a real estate closing attorney at Campbell & Brannon, Duke said the most important lesson he learned from Timmons was that legal education is a process.

“It’s not how you start, but how you finish,” he said. “After Kristin and I both failed to obtain the grades we aimed for in Torts I, Dean Timmons encouraged us to keep at it. Sure enough, we both scored substantially higher on our Torts II exam.”

Roquemore, an associate at Lewis, Brisbois, Bisgaard & Smith, said she learned a great deal from Timmons as well. “I practice general liability defense and medical malpractice, so I use tools from her Torts class daily.”

Needless to say, the couple, who live in Brookhaven, said their Georgia State Law experiences were more than they ever dreamed – both personally and professionally.

“I loved how Georgia State Law offered so many options for students to get real life experience while also receiving class credit,” Roquemore said. “During my 2L year, I did an externship with the Georgia Innocence Project. I also did an externship with Judge Wendy Shoob of the Fulton County Superior Court, which helped me learn what persuades judges to grant and deny motions – a tool that’s very helpful with my career as a litigator.”

Duke said his favorite memory is from his time in the HeLP Clinic. “We were advocating on our client’s behalf for her son to be placed in an individualized education plan,” he said.

Timmons said it was obvious from Day One that Trent and Kristin were a team. “I could see they would support each other through good times and bad, with a sense of humor and a recognition that there’s more to life than law school and the practice of law. That mutual support and perspective, along with the joy they bring out in each other, will serve them well in the years to come.”