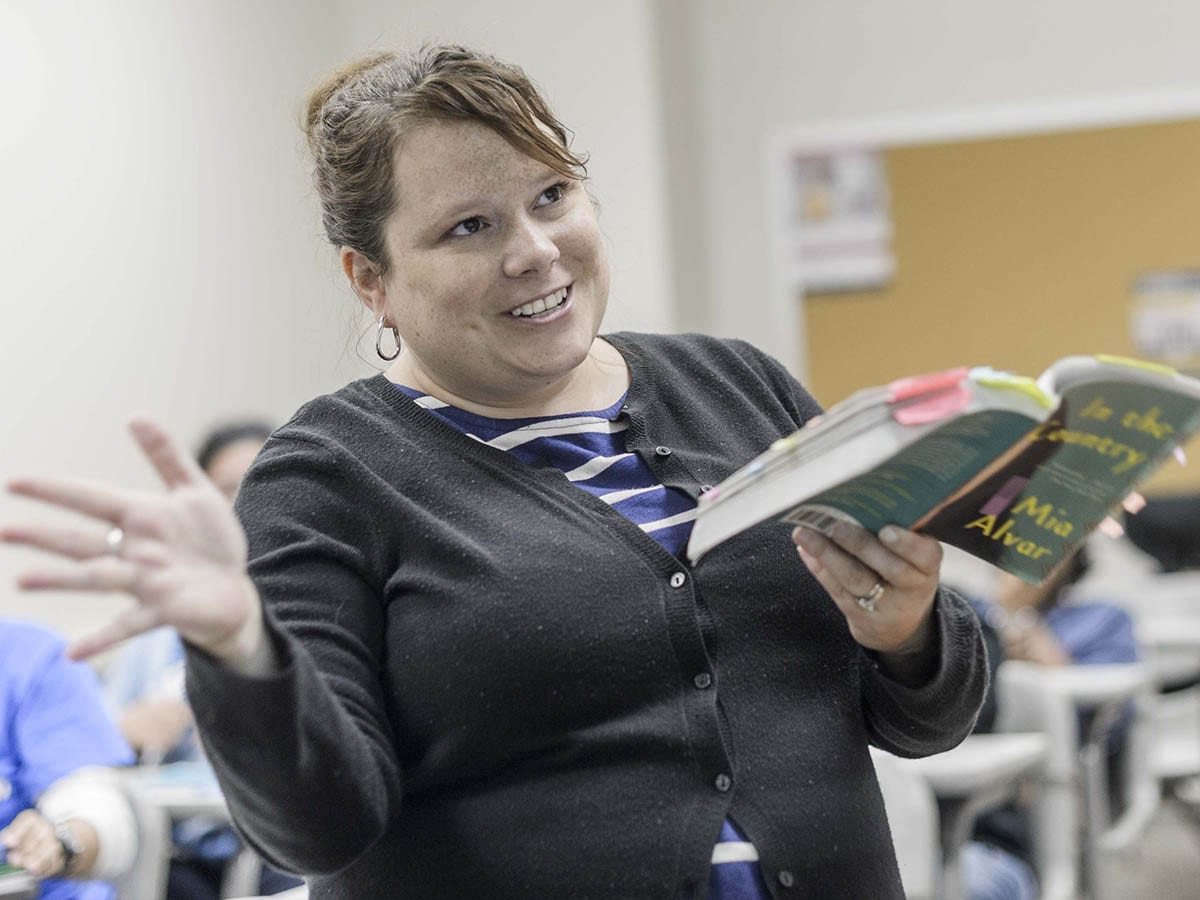 ATLANTA—Neeley Gossett has placed herself in the crosshairs of her critical audience—sixth- through eighth-graders at the Alliance Theatre Drama Camp. They’ve just watched a reading of her play, “Alice Between,” and they have definite opinions on the characters and setting. Now they’re giving her feedback.

“Was there a villain?” Gossett asked the group.

“The school is the villain,” piped up one 11-year-old girl.

“I think it was the White Rabbit,” chimed in a boy wearing a baseball cap backward.

Gossett, an English professor at Georgia State University’s Perimeter College, listened and took notes as the group of 10-, 11- and 12-year-olds commented on her script’s characters.

Then, she asked if the group thought the play was realistic compared to their own world views.

Her answer came as hands shot up and heads nodded in approval.

Her original play—which opens Nov. 12 as part of the Alliance Theatre’s Family Series—places Alice not in Wonderland, but as the new kid in a middle school. The Mad Hatter, the Caterpillar and the White Rabbit are there, but so are older siblings who ignore you, lunchroom lines and bathroom rules that make no sense.

The notes Gossett takes during her meeting with the drama camp students are important to her narrative, she said.

“I pay a lot of attention to the parts of the play that the students say confused them and focus on rewriting those sections.”

The campers’ lengthy discussion of their different schools’ varied and punitive bathroom break rules? That goes into the play.

“I’m particularly interested in what they find in middle school that is mad, chaotic or absurd,” Gossett says.

This isn’t Gossett’s first play, but it is the first time she’s written for this age group. A graduate of the Playwrights Lab at Hollins University, Gossett was a finalist in the Kendeda National Graduate Playwriting Competition for her play, “Roman Candle Summer.” That play received readings  at New York’s Lark Play Development Center and Atlanta’s Alliance Theatre.

She also produces and directs plays with Nichole Palmietto. The two women are co-founders of the group “Found Stages,” which presents plays in offices and parks throughout metro Atlanta.

“I’m able to understand the frustration of rewrites and the journey to completing a paper or a play. I get feedback constantly, so when I give students feedback on their work, I can put myself in their shoes.”

“Alice Between” opens Nov. 12 at the Rich Auditorium at the Woodruff Arts Center in Atlanta. For information or tickets, go to www.alliancetheatre.org