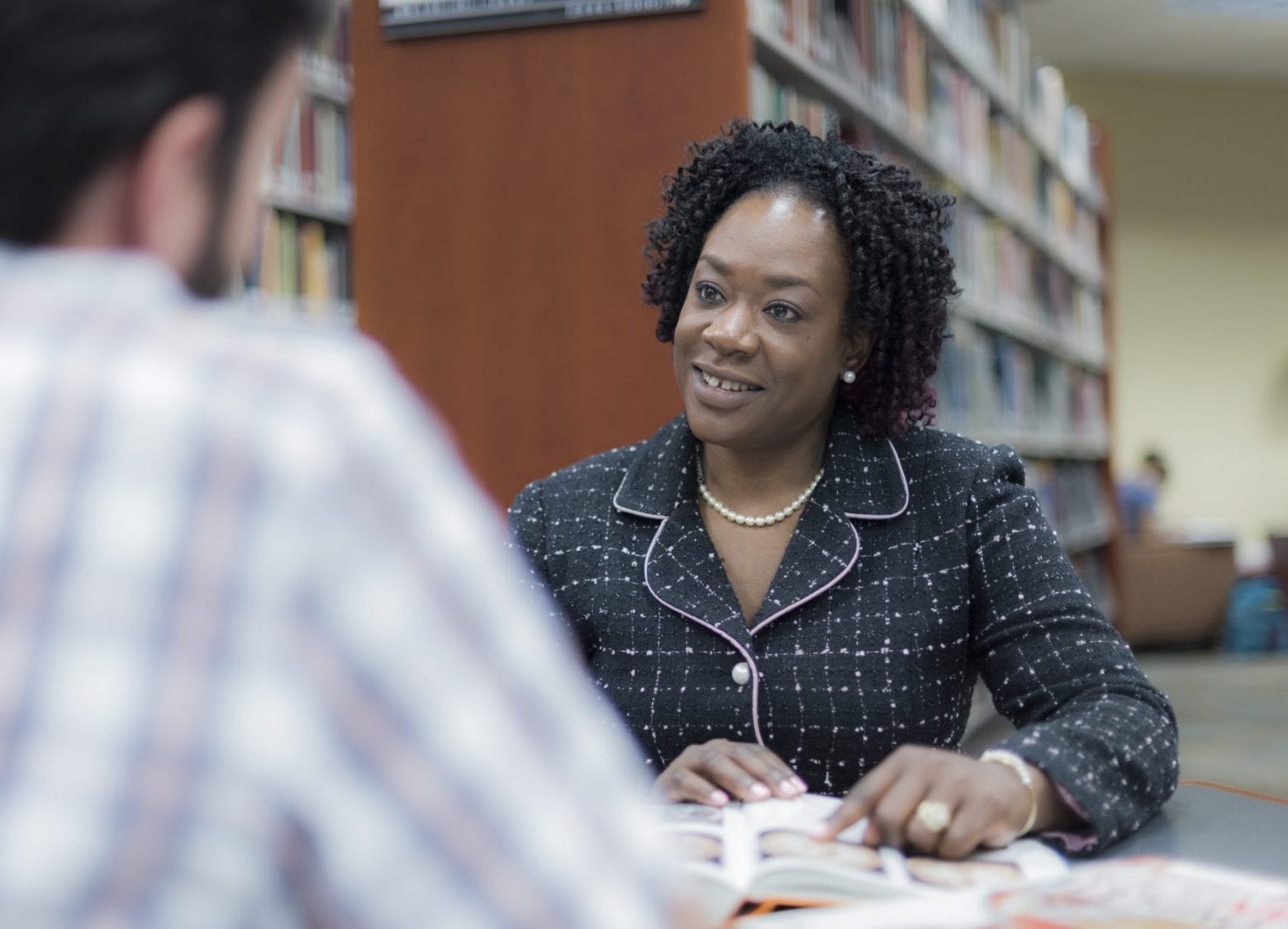 DECATUR, Ga.–Just before she turned 50, Angela Owens enrolled at Georgia State University Perimeter College, unsure about her prospects for succeeding in the classroom.

Now, three years later, she will graduate as the first in her family to earn a college degree.

“It’s been challenging and hard, but I made it,” a teary Owens said.

A devoted mom, grandmother and nonprofit volunteer, Owens has overcome a number of challenges in life. Yet, she says her experiences with being molested as a child, pregnant as a teen, addicted to drugs and incarcerated all have served to make her stronger and more determined to someday open a safe home for young girls caught in sex trafficking and other dangerous situations.

Owens studied social work while at Perimeter. She won a number of scholarships and was inducted into Phi Theta Kappa, the honor society for two-year college students. She’s also graduating as one of the Perimeter students selected for the new State Farm LIFT initiative which gives each scholar money to cover tuition and fees. LIFT stands for “Learning, Income and Family Transformation.”

Owens will use some of her State Farm award to pursue her bachelor’s degree at Georgia State’s downtown campus.

“I am super excited to be graduating,” Owens said of receiving her associate degree.