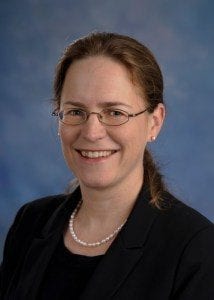 Carolyn Bourdeaux, Director of the Center for State and Local Finance and associate professor of public management and policy, Andrew Young School of Policy Studies

With the election of Donald Trump as president, the plight of rural America has taken on increased prominence.

A September 2016 report by the Center for State and Local Finance estimated that as of 2014 rural areas in Georgia had 58,000 fewer jobs than they had in 2007 (around a 7 percent decline), even as metro Atlanta was almost back to parity.

In response, the governor and Georgia General Assembly have explored all sorts of policy solutions. Georgia lawmakers this year created the House Rural Development Council with the mission of traveling the state and coming up with strategies to boost rural economic development. The state also passed a new tax credit for investment in rural business that will total $60 million over the next five years. Last year, the legislature tried a tax credit program to shore up rural hospitals valued at $50 million in 2017, although the actual investment fell below $1 million.

But the state is overlooking the most obvious way to provide a significant infusion of cash into rural Georgia: expand Medicaid. With the stalling of the American Health Care Act, this solution is now back on the table.

Because the state has not expanded Medicaid, it has left on the table billions of dollars that could have helped rural Georgia. The Urban Institute estimated that the Medicaid expansion in 2016 would bring in more than $2.2 billion in that year alone to Georgia from the federal government, and assuming this money is distributed through the state in rough proportion to the current Medicaid allocations, this would mean around $1.4 billion annually flowing to the non-metro Atlanta regions of the state.

An analysis conducted by the Center for State and Local Finance suggests that if the state had expanded in 2015, this would have created around 31,000 additional jobs in Georgia, roughly 19,000 of which would be outside the metro Atlanta area.

In metro Atlanta, a Medicaid expansion would help the economy and shore up the health system, but in many rural areas the funding from Medicaid expansion would represent one of the most significant infusions of economic investment in a generation. Consider the 18-county region around Valdosta (the southern Georgia region). In 2015, this region received $500 million in Medicaid dollars. Assuming this area received a proportionate share of Medicaid expansion funds, the money flowing to the region would increase by $128 million annually. We can also roughly estimate job growth that might result for the region at an increase of 1,794 jobs in 2015. By comparison, between 2012 and 2014, the region’s average annual employment growth was 969 jobs. 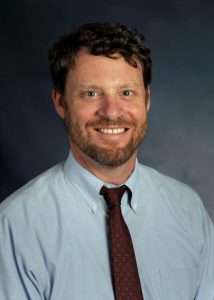 The Heart of Georgia Altamaha region, which includes the small cities of Dublin and Vidalia, received $400 million in Medicaid funding in 2015. Medicaid expansion would increase these resources by 25 percent or $100 million, creating around 1,426 more jobs. (Current average annual job growth is 187 jobs a year.) Five other regions would see job growth well over double their annual average, while others would range from 20 percent to 62 percent growth. (See table.)

Although the state’s efforts to help rural Georgia using tax credits and study committees may have some effect, their impact pales in comparison to the effect expanding Medicaid would have. Not only will this bring money into the local rural economies but it also has the potential to buoy the health care networks that are critical if rural areas are going to attract any other form of economic development.

Since 2010, Georgia has lost eight rural hospitals* — the third most in the nation — and when this critical infrastructure is lost, population and jobs quickly follow.

Those who are opposed to expansion or who want to take away this option for states point out that Medicaid expansion is not free money. It comes at a cost. This is true. Medicaid is redistributive in its nature and essentially takes money from wealthier areas of the country and shifts it to the poorer areas.

But consider this: Trade policy is also redistributive in nature and a reasonable argument can be made that rural Georgians got the short end of the stick with globalization. These global trade agreements, though, were entered into with the understanding that those who benefitted would help communities that were hurt.

Little of this help has materialized. Although Medicaid expansion is not explicitly addressing economic displacement from global trade, it will essentially have this effect, transferring wealth from Silicon Valley and other areas that are strengthened from global trade to those areas that need some support to get back on their feet.

Medicaid expansion alone is not going to reverse the decline in rural Georgia’s economies. Global economic forces are hard to combat. But at least some additional resources could help support families as they struggle against these global economic head winds and could give rural communities a fighting chance at recovery.

*NOTE: Since the December 2016 publication of the original article at this link, the eighth rural Georgia hospital to close made the announcement in April – Jenkins Medical Center in rural east Georgia.

Carolyn Bourdeaux is director of the Center for State and Local Finance and an associate professor of public management and policy in the Andrew Young School of Policy Studies at Georgia State University. From 2007-10, Bourdeaux was on leave from the university to serve as director of Georgia’s Senate Budget and Evaluation Office.

Peter Bluestone is a senior research associate with the Center for State and Local Finance and the Fiscal Research Center. His research includes urban economics, static and dynamic economic impact modeling, and state and local fiscal policy. Bluestone serves on the technical advisory committee for the Atlanta Regional Commission. 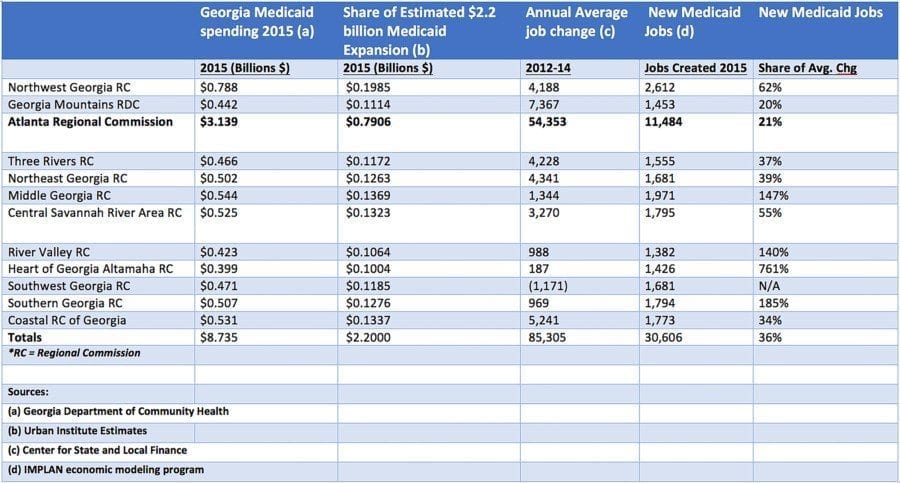 (Originally published as a Thought Leader column by SaportReport.com on May 1, 2017.)