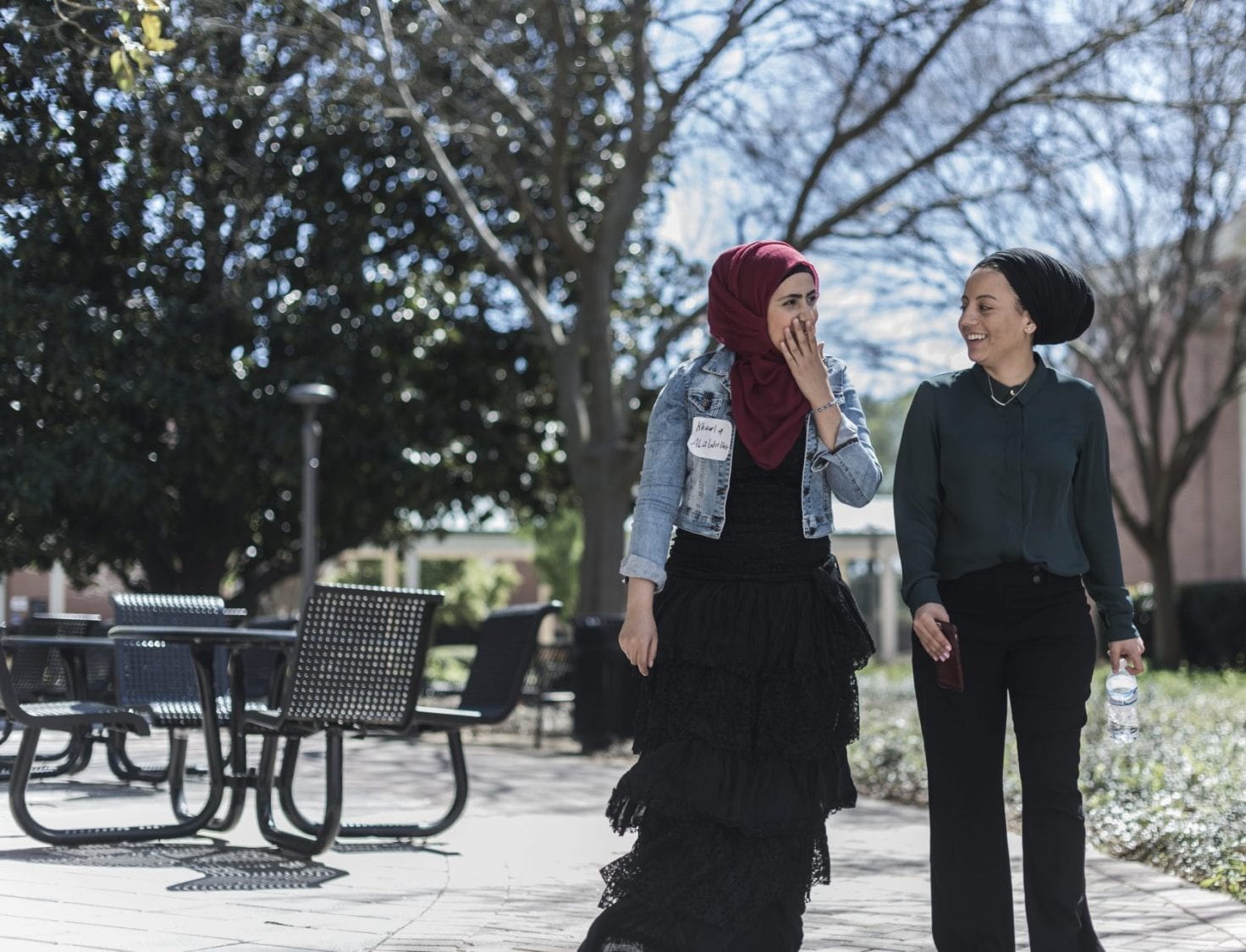 CLARKSTON, Ga. – A new Georgia State University mentoring program pairs young adults who are refugees and immigrants with seasoned college students who have roots in the international community.

Called the Mentoring Initiative for New Americans (MINA), its goal is to help new Americans learn English, navigate the often-confusing college admissions process and provide social support along the way.

MINA is the brainchild of Dr. Heval Kelli, a Syrian refugee and Georgia State alumnus who is now an Emory Hospital cardiology fellow, and Dr. Mary Helen O’ Connor, a senior faculty associate and the Perimeter College coordinator with Georgia State’s Office of International Initiatives.

The program is aimed at individuals, such as 20-year-old Khawla Alabdullah. Six months ago, Alabdullah, who had come to the United States with her mother from war-torn Aleppo, Syria, could not speak English. Since then, she has learned enough to explain, “I want to be part of this program so I can learn English and go to study at Georgia State and become a nurse someday.”

Leanna Deeb also struggled with English when she came as teen to the United States with her family from the Middle East, speaking only Arabic. Now fluent in English, the Palestinian émigré is a biology student at Georgia State. She became a MINA mentor to help students like Alabdullah navigate the college admissions process, connecting them with resources they might not otherwise know are available to them.

“People helped me (along the way) understand how things worked, and I understand the struggles for newly arrived Americans,” she said. “And there are still issues that are hard to navigate for anyone, like how FAFSA (Free Application for Federal Student Aid) works,” she said.

Recently, Deeb met with Alabdullah and other international students interested in college during a MINA workshop at Georgia State’s Clarkston Campus.

Students such as Deeb are an essential part of MINA, which also encourages mentors and mentees to give back to the community when they are able, said Kelli. He knows their struggles. As a young man, new to the United States from Syria in 2001, Kelli learned English from customers at the restaurant where he worked as a dishwasher.

“For every dish I washed, I studied English more,” Kelli said.

O’Connor taught international and refugee students in her previous job as an English professor on the Clarkston Campus, advocating for her students’ success.

“My life’s work has been teaching refugees,” she said.

The idea for MINA sprung from a chance meeting between Kelli and O’Connor at a Clarkston grocery store. She was helping a recently settled Syrian refugee family buy groceries. He was there helping his mother shop. The two started talking in the checkout line. Already active as a volunteer for the Clarkston Community Health Center, and founder of a young physicians initiative at Clarkston High School, Kelli already shared O’Connor’s vision to help refugee students succeed in college.