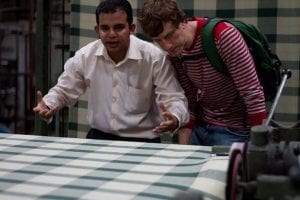 The new degree, the first of its kind in the state of Georgia, empowers students to launch organizations that solve the world’s most pressing through training in entrepreneurship, business and policy studies. The Andrew Young School has developed the program in partnership with the J. Mack Robinson College of Business.

“Through this program, students will gain tangible experience so they can build solutions that positively impact the world,” says Markl. “I’m excited to to help students become amazing social entrepreneurs.”

Markl is actively recruiting students to the major, providing them guidance on how to launch and grow a for-profit or nonprofit social enterprise. “I’m also working to connect these students with amazing social innovation opportunities at Georgia State and in Atlanta,” he says.

Cynthia Searcy, assistant dean for academic programs, spearheaded the development of social entrepreneurship at Georgia State University, including the new degree program. “Chris’ experience as a social entrepreneur and his work to create rich co-curricular experiences for students at GSU and AYS are creating the momentum the college desires to launch the new program.”

The 2006 ride attracted 18 cyclists, many of them college students, who rode 4,300 miles from Seattle to Boston with Markl. The ride raised close to $100,000 for charities like the Emory Vaccine Center and Partners in Health and led Markl to an appearance on The Today Show.

“After the ride, I became committed to working at the intersection of entrepreneurship and international development,” he says.

Also a marathon runner, Markl drew on his experience and research on textile factories in emerging economies to launch his next social startup with Kenyan Hussein Kurji. Together, they leveraged the story of Kenyan runners to create “Kourage Athletics: Kenya’s Running Brand” in 2009. They traveled the world with world-champion Kenyan runners to promote the brand, selling products to 20 countries. 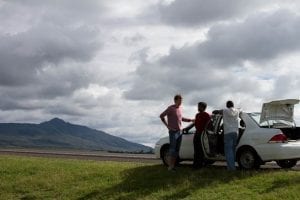 After four years, the partners decided to explore other opportunities. Kurji created a popular Kenya-based sitcom about an NGO called The Samaritans (aidforaid.org) and Markl accepted the position at Florida State University.

Markl says the Andrew Young School’s mission and reputation drew him to found the B.I.S. in Social Entrepreneurship at Georgia State University: “The Andrew Young School is a highly ranked policy school named after one of the nation’s great social innovators. Additionally, Atlanta is a global hub for social innovation and technology entrepreneurship, and Georgia State University’s reputation is as one of the most innovative universities in the country.”