The Andrew Young School of Policy Studies is pleased to welcome four new faculty to its ranks for the 2016-2017 academic year.

Among this year’s new faculty is Distinguished University Professor Jan Nijman, a pioneer in urban studies and a trained geographer. He is the director of the Georgia State University’s new Urban Studies Institute housed in the school.

Nijman’s primary research interests are urban theory, urban and regional development, and global comparative urban studies. His research projects focus on suburbanization and metropolitan transformations in the United States and Canada; the historical origins and future prospects of Amsterdam’s 400-year old designed Canal District; and the relationship between urbanization and development in India. He also has regional expertise in North America, West Europe and South Asia.

He is the author of five books and more than 100 other publications in a wide range of international journals, including Regional Studies, American Behavioral Scientist, Environment and Planning, and Suburban Governance: A Global View.

Nijman has long been affiliated with the National Geographic Society, first as a member of the Committee for Research & Exploration (2002-2011) and, since 2011, as chair of the society’s Global Exploration Fund in Europe.

His professional honors include the J. Warren Nystrom Award for best doctoral dissertation in geography and the J.B. Jackson book award from the American Association of Geographers, the University Teaching Award at the University of Miami and a Guggenheim Fellowship.

Nijman holds a doctorate in geography from the University of Colorado.

Chris Markl is a visiting professor of social entrepreneurship in the Department of Public Management and Policy. 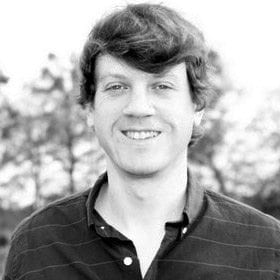 Prior to joining the Andrew Young School, Markl was a social entrepreneur in residence at Florida State University’s Center for Undergraduate Research and Academic Engagement. A social entrepreneur, Markl founded Kourage Athletics which leveraged the storied tradition of Kenyan runners to create authentically Kenyan running apparel. Kourage sold products to over 20-countries, was featured on CNN and worked with Olympian medalists. Markl also founded and led two charity cross-country bicycle rides. Outside of his entrepreneurship experience, he has worked as an economic analyst in emerging economies. His experience varies from building and monitoring an evaluation system in the Middle East to working in textile factories in Latin America. 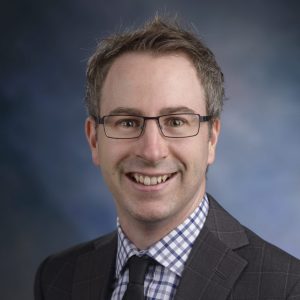 Louis Perrault is an assistant professor in the Department of Economics.

His primary research interests are public finance and optimal taxation. Recent work has focused on the long-term effects of income taxation and their implications on fiscal policy.

Perrault has worked as an economist for the Competition Bureau, Canada’s antitrust agency. In his position at the bureau, he analyzed the likely impacts of complex mergers, anticompetitive practices and alleged criminal conducts.

He holds a doctorate in economics from the Queen’s University of Kingston.

Anne Shlay, a professor of sociology in the College of Arts & Sciences, is an affiliated faculty member with the Andrew Young School of Policy Studies.

Shlay’s research has spanned many topics, including urban development, spatial inequality, neighborhood change, housing policy and preferences, child care policy, and homelessness. She conducts both basic and applied research and is an experienced program evaluator.

Her recent publications are “Transnational Rights to Barcelona: Senegalese Immigrants and Urban Regeneration” (with Emma Giloth in Revista de Derecho Urbanistico, 2015); “Gentrification and the Right to the City: Community Conflict and Casinos” (with John Balzarini in Journal of Urban Affairs, 2015); “Life, Liberty and the Pursuit of Housing: Rethinking Renting and Owning in Post-Crisis America” (in Housing Studies, 2014); and “Whose Right to Jerusalem” (with Gillad Rosen in International Journal of Urban and Regional Research, 2014).

Shlay is the author (with Gillad Rosen) of “Jerusalem: The Spatial Politics of a Divided Metropolis” (Polity, 2015). Based on 90 key informant interviews and on-site research, the book examines the social and political underpinnings of the conflict over Jerusalem and is a comprehensive analysis of the groups and ideologies that perpetuate this battle over what is the global poster child for contested cities.

In addition to her research, Shlay teaches a variety of classes on urban and housing issues as well as Jerusalem. She holds a doctorate in sociology from the University of Massachusetts.

The Andrew Young School of Policy Studies, which celebrates its 20th anniversary this year, ranks among the top 10 percent of the nation’s public affairs graduate schools.