Tell us about the “My Life Matters” program that you started.

I realized that we did not have options for 16- to 29-year-old offenders who were committing violent and semi-violent acts except to put them in prison or back in the environment they came from. I thought there had to be a better way. I took accountability court models and applied them to this program, which involves my courtroom, the district attorney’s office, the public defender’s office, the probation department, social workers and other programs. We put selected offenders into a structured environment. They have to be in school, or employed if they have graduated. They have a curfew, are subject to random drug screenings, have to maintain a B average and have to submit handwritten book reports. 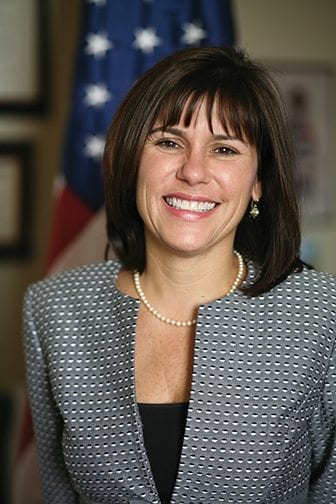 Each month, we meet in the courtroom with about 90 participants. The sheriff ’s department lovingly calls my program the “happy clappy court” because we clap when people do well, and it’s a fun day. The participants interact with one another. If someone isn’t doing well, they tell them how to do better.

How successful is the program?

We have had over 400 people in the program since it began about five years ago. A number of them came in with pretty serious offenses, and now, five years later, they have not gotten in trouble, have received an education and are working. One former gang member is working in community outreach at the Atlanta Police Department.

What motivates you to continue this program?

Most of these young people are missing two things in their life — aside from parental guidance and a family unit: there are no expectations of them or accountability, and there is no reward and praise when they do something well. When you give that to them, you often see a whole different individual.

If they get in trouble, they come running here to tell me before I hear it from someone else. They also call or come by to tell us good news.

Why is it important to give these young offenders a second chance?

If you get robbed at gunpoint by an 18-year-old who shoves you, I can’t make a cogent argument to you that he shouldn’t go to prison. The problem is, what do we do in 10 years  when this young man — who has an eighth-grade education at 18 and no job skills or family support — gets out? He will probably be more violent then than he is now, he has little chance of getting a job and he’s not going to go back to school — it’s likely he’s going to re-victimize. So, we can take an opportunity now to try and turn that tide.

One thing I’ve realized over time is that we have to distinguish between violent offenses and violent offenders. An armed robbery is a violent offense, there’s no question. But is this offender somebody that can be rehabilitated?

It was the participants who named the program “My Life Matters.” I think they chose that because, until they got into the program, I’m not sure many of them thought their life mattered. This is the first time many of them have been held accountable for their actions and praised when they do something good.

Shawn Ellen LaGrua (J.D. ’87) is a Fulton County Superior Court judge and vice-chair of the Georgia Commission on Family Violence.

Return to the Spring 2016 Magazine