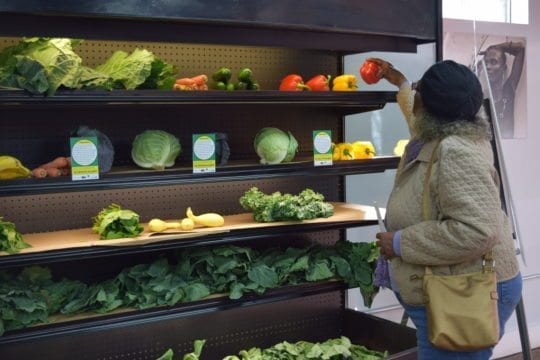 The School of Public Health at Georgia State University has received nearly $400,000 in grant funds to support a three-year effort to reduce rates of diabetes and cardiovascular disease in African-American neighborhoods in southwest Atlanta.

The work will be conducted in partnership with the Morehouse School of Medicine’s Prevention Research Center and the Satcher Health Leadership Institute as part of a REACH grant funded by the Centers for Disease Control and Prevention (CDC). REACH, which stands for Racial and Ethnic Approaches to Community Health, is one of the CDC’s key efforts to address gaps in healthcare access and outcomes for racial and ethnic minorities. Diabetes and cardiovascular disease are epidemic in the U.S., and rates of these chronic diseases are especially high in southwest Atlanta, said Dr. Rodney Lyn, an associate professor of health management and policy and the principal investigator at Georgia State. In general, blacks have higher rates of these diseases than whites and are more likely to die prematurely from them.

“Physical inactivity and poor diet have been identified as the second actual cause of death in the U.S.,” Lyn said. “We know that physical activity and food environments influence individual behaviors. This project seeks to improve these environments in an effort to positively impact health behaviors and health outcomes among residents.”

Over the three-year period, the corner store initiative will work to increase healthy food access for at least 75 percent of the target communities and contribute to the broader goal of preventing diabetes and other chronic diseases.

“The project is grounded in a community-based participatory approach and is built upon a strong partnership between communities in southwest Atlanta and two universities that have a track record in health disparities research,” Lyn said. “This is an exciting academic-community partnership with significant potential to improve neighborhood environments and the health of residents.”