Professor of Political Science Jennifer McCoy explains how America has become so polarized and shares timely advice on what will help uphold our U.S. democracy.

In the wake of the insurrection, and the lead-up to the November elections, many of the signs are pointing in the wrong direction, with poll after poll suggesting that voters fear an unmistakable shift away from democracy in the U.S.

One recent national survey finds that 56 percent of Americans feel democracy is under attack in this country, while 51 percent say it is likely that U.S. elected officials will successfully overturn the results of a future election because their party did not win. Another NPR/Ipsos poll finds 64 percent of Americans say they believe U.S. democracy is ‘in crisis and at risk of failing.’

Dr. Jennifer McCoy is a Professor of Political Science at Georgia State and an international expert on democratization and polarization, as well as on election processes. She says looking at other democracies around the globe can help America make a much-needed course correction.

“I am deeply worried about the fate of U.S. democracy and feel urgency to find positive lessons from abroad, and innovations at home, that can help restore U.S. democratic resilience,” McCoy said.

Her latest project is a working paper she co-authored for the Carnegie Endowment for International Peace about what she calls ‘pernicious polarization.’ Here, she shares what she’s learned about America through her research, both here and in other countries, and why the U.S. could be at a tipping point.

You have been researching democracy for over three decades in other countries, and more recently here in the U.S. What trends do you see in America right now that are concerning?

We have identified a common logic of polarized politics and its pernicious consequences for democracy in countries around the world. That logic is evident in the U.S. as well, which is now much more like newer, less rich democracies (Turkey, India, Hungary) than other Western democracies in terms of the degree of partisan animosity and democratic fragility. The pattern is that ambitious political leaders see and exploit popular grievances in order to get elected based on a divisive electoral strategy vilifying their opponents. Voters begin to experience the effects of what social psychologists study as intergroup conflict, in which they bond with their own party members, exaggerating their merits, and increasingly dislike and distrust the opposing party, exhibiting stereotypes and prejudice.

As communication and contact breaks down, party leaders start to refuse to compromise with the other party, and voters begin to see the other party as an existential threat to their way of life or the nation, reflecting the messages they hear from party leaders. Consequently, voters start to tolerate and even encourage undemocratic behavior by their elected representatives in order to keep the other side out of power. I have seen all of this happening in the U.S. over the last three decades but intensifying in the last decade.

We’ve just wrapped up the primaries ahead of the November elections. Would you consider this a precarious time for democracy in the U.S.?

Yes, I do. The country is polarized over the very question of whether democracy is improving or deteriorating. Those who view democracy under threat have very different views of where that threat comes from: Voters, particularly Trump supporters, have been misled to believe that election integrity is at risk. According to the polls, 80 percent of Republicans say that they do not believe the election of President Biden was legitimate. Democrats on the whole do not believe democracy is at risk, but those who are concerned see the threat coming from an increasingly authoritarian Republican Party, a politicized judiciary and extremist politicians who seem to encourage political violence and conspiracy theories.

My own view is that distrust in elections among Republicans is a major threat to democracy. It has motivated the passage of a spate of new state laws that allow for the intervention in election administration and certification by partisan legislatures and officials. There are scenarios in which a state could decertify the electors chosen by the voters and put in place a different set of electors who would go to the Electoral College vote in 2024 and choose a president not actually elected by the people. Elections are the foundation of representative democracy, and when citizens lose trust in them, then an elected government will not enjoy the legitimacy it needs to be able to govern, or nefarious actors will be able to nullify the election and put in office whomever they want.

Are we witnessing a slide toward authoritarianism or was there never really a time in the U.S. when we were a ‘more perfect union’?

American democracy has always gone in cycles, with overall progress toward more inclusion (African Americans and women most prominently), but with each progressive step generating a backlash and steps backward. In many senses, we have greater voting and civil rights and political participation than ever – greater equality for sexual orientations, genders, race and ethnicity, and religious affiliation. Yet, we are seeing pushback in every one of these categories, with rights being rolled back – women’s reproductive rights being front and center right now. 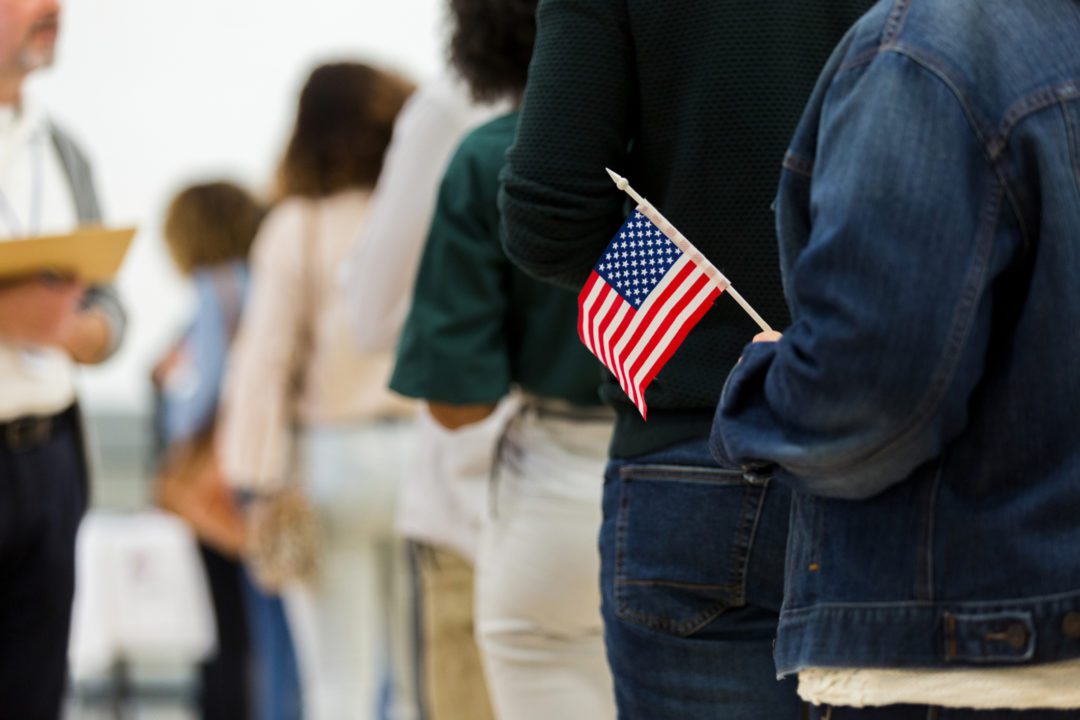 Have you been surprised by the fragility of our U.S. democracy?

I’ve been more surprised about how complacent Americans, including academics, have been about the resilience of U.S. democracy. Americans have a strong national myth about how exceptional a country it is, and assume that the Constitution that has lasted for 200 years will guarantee its survival. But studying comparative politics, my colleagues and I have seen how democracies can fail and we know that the U.S. is not an exception. There are many sources of strength, but there are no guarantees. It takes vigilance and a commitment by leaders and by citizens alike to democratic principles. Right now, we have one political party – Republicans – who have refused to denounce political violence and election lies within their own party; and another party – Democrats – too divided to stand up to democratic erosion.

What are the key takeaways from your recent research project “Overcoming Polarization” with Dr. Murat Somer? Are elected officials partially to blame here?

Elected officials bear a responsibility to uphold democratic and constitutional principles, but also to promote a positive vision for society.  We have learned from our research that much of the extreme political polarization and democratic backsliding around the world is elite-led, that is, facilitated or even instigated by politicians who seek power and resources for themselves or their allies. Even if they begin with noble goals like reforming democracy or creating social justice, for which they believe disruptive polarization and destruction of existing institutions is necessary, the logic of ‘Us vs Them’ polarization can easily turn pernicious.

What about the fourth estate, does the media play an important role in some of the things we’re seeing.

Definitely. The rise of cable television and talk radio in the 1990s and the profit model on which they are built turned news shows into opinion shows and subverted the common basis of information which Americans had previously shared. The internet produced a proliferation of information sources, without vetting or professional standards, and social media platforms and their profit models magnified the spread of misinformation and disinformation. The traditional media’s tendency to present a “balanced” view, for fear of being labeled partisan, leads them to report false equivalencies, giving airtime to actual disinformation labeled as “the views of the other side.” Their tendency to report on politics and governance as a continuous horse race, always with winners and losers, reinforces the notion that all politics is zero-sum: Anything that benefits or is sponsored by one party must necessarily mean a loss for the other party.

What will take this country in the right direction. What needs to happen?

Political leaders and allied cultural figures must denounce political violence and conspiracy theory-mongers within their ranks.

Voters and elected leaders alike should investigate and support changes in our electoral system to allow for more choice and better representation for voters. Ideas like instant run-off voting (ranked-choice voting) and multi-member districts can allow third parties to sometimes win, and encourage more civilizing campaigns as candidates strive to broaden their appeal rather than appeal to a narrow base.

Senate rules need to change – allowing a single senator to hold-up presidential appointments for unrelated reasons, or a minority to block all legislation, simply stymies the ability of an elected government to actually function and solve problems.

Voters should refuse to vote for extreme polarizers. They must pay attention and stay engaged in order to preserve democracy. Just like marriage, democracy takes constant attention and effort.

Citizens and stakeholders like corporate leaders, academia, cultural and media figures and tech billionaires will need to lead a movement for reform. Washington is broken and will not fix itself. It’s up to the rest of the country to do so, before it’s too late.

As the COVID-19 pandemic persists, scientists around the world and at Georgia State are working tirelessly to outsmart new variants and plan for the next virus with pandemic potential.

A powerful network of researchers and community members are working to improve the lives of people in one of the most culturally diverse cities in the U.S. and provide access to resources amid the pandemic.